It's time to suck the marrow from the NBN debate 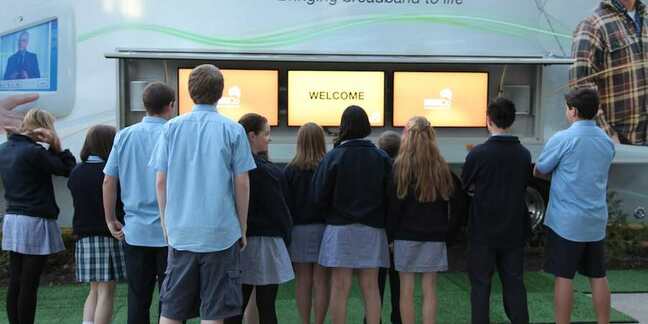 Australia has, for the past decade, enjoyed a vivid but not-always productive debate on appropriate broadband infrastructure for the nation. The Reg wants to set that to rights.

Australia's broadband debate has reached the conclusion that the nation should spend at least $AUD29bn on a National Broadband Network (NBN) and allow it to operate as a national wholesale broadband monopoly.

Debate has otherwise been largely unproductive. The government refuses to substantively address criticisms of its plan or the performance of NBN Co. The Opposition has turned the NBN into a political football and won't get into details about its own proposals.

Australia is ill-served by this state of affairs, because critical NBN questions remain unanswered.

The Register's Australian office, which we fondly refer to as Vulture South, thinks it is time to change that. We think it's time to answer three big NBN issues that don't have satisfactory explanations, and therefore allow debate to go feral.

Tomorrow we'll explain how we propose to answer those questions.

For now: here's our big questions:

These may seem like basic questions, but we can't find anyone without an axe to grind who's trying to answer them in a way that would help voters to decide if the NBN - as imagined by both sides of politics - has the right design, never mind the right intentions.

On the question of appropriate service, for example, the government says we need fibre-to-the-premises and mentions tele-medicine, especially as applied to aged care, as an application that will thrive in that environment and that justifies its design choices. The opposition suggests xDSL or successor technologies at up to 100Mbps is enough, and cannot imagine home users doing much more than downloading four video streams at a time.

Debate on the second question is especially feral. We'd like to bring some clarity to it.

The third question is broad, but we feel it is worth starting to explore what we get for our billions.

Tomorrow, we'll explain how much money we need to answer these questions and how you can help. For now, let us know if there are other questions you'd like answered in the comments. ®