Musicians asked to 'support their own pay cut' 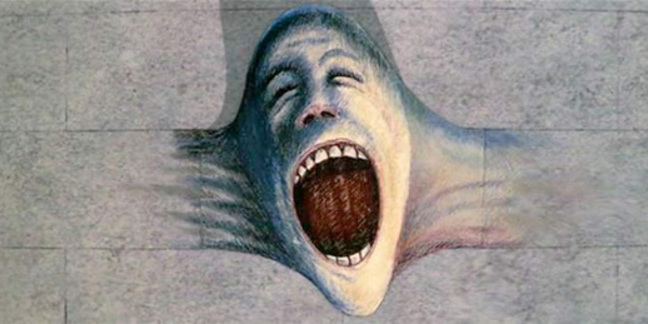 Three members of iconic British psychedelic rockers Pink Floyd have penned an editorial condemning the practices of streaming music service Pandora, which they say has been trying to trick recording artists into cutting their own pay.

The editorial, which appeared in USA Today on Sunday, called out Pandora and its CEO Tim Westergren for emailing letters to artists asking them to sign a "letter of support" for Pandora and for internet radio in general.

The letter includes lots of glowing language about the positive aspects of internet radio and describes those who sign it as "fervent supporters" of the medium. But things aren't all as they seem, say Pink Floyd's Roger Waters, David Gilmour, and Nick Mason:

Sounds good. Who wouldn't want to be "part of a conversation"? Who doesn't support Internet radio? What scrooge would refuse to sign such a positive, pro-music statement?

Of course, this letter doesn't say anything about an 85% artist pay cut.

That comment about the pay cut is a reference to the so-called Internet Radio Fairness Act, which Pandora unsuccessfully tried to lobby through Congress last year.

Pandora has tried various measures to slash the amount it pays in royalties, including suing the American Society of Composers, Authors and Publishers (ASCAP) for unfair pricing and even buying a terrestrial radio station (the old-fashioned, airwaves kind).

To Pink Floyd, all this is just as well:

We've heard Pandora complain it pays too much in royalties to make a profit. (Of course, we also watched Pandora raise $235 million in its IPO and double its listeners in the last two years.) But a business that exists to deliver music can't really complain that its biggest cost is music. You don't hear grocery stores complain they have to pay for the food they sell. Netflix pays more for movies than Pandora pays for music, but they aren't running to Congress for a bailout. Everyone deserves the right to be paid a fair market rate for their work, regardless of what their work entails.

The Dark Side of the Moon and The Wall rockers go on to explain that they would "gladly" work with Pandora to end terrestrial radio's exemption under the DMCA, so that traditional radio stations pay just as much as Pandora does.

This isn't the first time Pink Floyd has clashed with companies over online music. In 2010, the band successfully sued EMI to prevent the record label from selling individual tracks off their albums, or licensing them as ringtones. Today, while many Pink Floyd tracks are available as individual downloads, others are available only with a full album purchase.

In this case, however, the band's beef has less to do with the integrity of its music than with Pandora's attempt to curtail its own royalty payments, and the apparent dishonesty of the petition the company has been circulating to artists.

"The petition doesn't mention that Pandora is pushing the growth of its business directly at the expense of artists' paychecks," the band members write, adding that for Pandora to ask artists to sign a "confusing" petition without making clear its actual intentions "only poisons the well." ®

Internet Society says opportunity to sell .org to private equity biz for $1.14bn came out of the blue. Wow, really?