Archaeologic MSX: three initials that struck fear into the heart of Britain’s nascent home computer industry. The Japanese were coming, and the UK’s technology pioneers were anxious about what that might mean. Far Eastern firms like Sony, JVC, Sanyo and Pioneer had put paid to Britain’s mass-market hi-fi makers, and others had killed the British motorcycle, camera and watch industries. And now they might do the same for our computer companies.

But the folk at Sinclair, Acorn, Oric, Dragon, Camputers and co. need not have worried. MSX and the companies backing the standard would never have the impact the natives feared it might. But their initial fears were not unreasonable: the cards appeared stacked in the invaders’ favour.

The Japanese firms were pitching a single core hardware and software platform, ensuring full application and games compatibility across machines from different manufacturers, almost all of them with a strong reputation for product quality and aggressive pricing. And Microsoft, developer of the nearest thing back then to a standard dialect of Basic, was behind it too.

But the origins of MSX go back two years before that, to 1981 and the August launch of the IBM PC, aka the 5150. Existing and current home machines contained 8-bit processors, but the IBM 5150’s Intel 8088 processor was a 16-bit part. Even though the 5150 had been designed for business users, it was seen by many observers as the beginning of the end of the era of 8-bit microcomputing, established in the mid-1970s.

Or so thought Kazuhiko “Kay” Nishi, co-founder of the Ascii Corporation, a Japanese computer magazine publisher which broke into the software distribution business in the late 1970s. By the early 1980s it was established as the de facto Microsoft Japan. Nishi himself had become Microsoft's VP for Far Eastern operations. He realised all computers would soon make the shift to 16-bit computing, but there was just time to define “a final, ultimate 8-bit machine”. 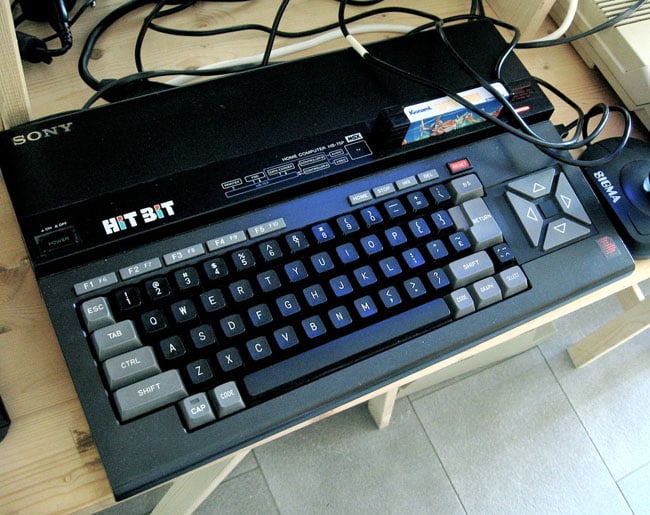 Not just a machine that stood alone, either, but one that would be the foundation for a platform.

“I realised that our IBM Basic would be the standard for business and that lots of manufacturers would make micros that were IBM compatible,” he said a few years after the debut of MSX. “I thought that we could take that concept further in the home market.”

The surge of interest in the IBM PC quickly led to compatible machines from rival vendors, who took Microsoft’s own-brand version of the operating system, licensed to IBM, and combined it with Intel processor technology and a compatible third-party Bios to produce “IBM clones” that would run applications and utilities written for the 5150.

If a common platform for business computing could be established around a Microsoft product and a core hardware specification, then why, Nishi reasoned, could the same not be true of the home computing market? And thus was born the notion later enshrined in MSX - short for "Machines with Software eXchangeability", Nishi has always insisted.

But the idea ran deeper: to develop a platform consumer electronics companies could build into their more mainstream offerings. Firms like Panasonic and Sony, Nishi said, as big producers of television sets, could decide to put a computer capability into each TV. “In the case of Yamaha, it is a very large keyboard manufacturer so it integrates the computer into a keyboard,” said Nishi. In each case, MSX could be that computer. It could be, he thought, the basis for what we today would call a "smart" device. 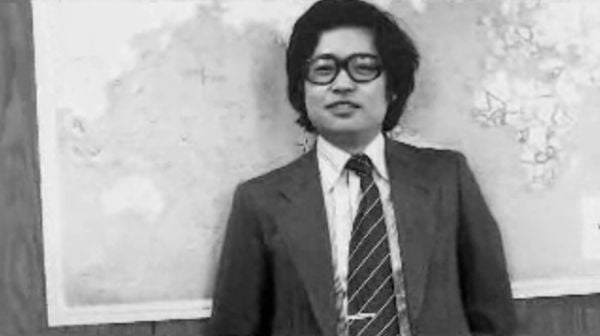 Bill Gates was keen. And could see a broader scope. Just a few years later he forecast: “By having a standard interface between software and hardware, where the hardware is very high volume, the chip companies can go off and build specialised chips that take the functions that in MSX were originally done with 20 chips and slowly work that down to a single chip so the price of the product can be low enough that it’ll be built into TV sets some day.”

During the summer of 1982, however, MSX was still unnamed and undefined. It’s at this point that Spectravideo - a US company formed in 1981 and run by two Americans, Alex Weiss and Harry Fox, but operating out of Hong Kong - enters the story. Spectravideo was designing a low-cost home micro to compete with Atari, Commodore and Texas Instruments in the States. It needed a version of Basic and turned to Microsoft to supply it. Being based in the Far East, it naturally ended up dealing with Nishi. A deal was struck, and Spectravideo appointed one Steve Ting to liaise with Microsoft.

Ting worked closely with two Ascii-Microsoft programmers known now only as Rick and Jay, and pushed them to combine the best elements of Microsoft’s existing home computer-oriented Extended Colour Basic and of the 16-bit GW Basic it had written for the IBM PC. The result, codenamed "Cornflake", would eventually become SVI Basic to Spectravideo and, to Microsoft, MS Basic 4.5.

Next page: From Spectravideo to MSX
Page: