From Spectravideo to MSX

By the winter of 1982/1983, Spectravideo had its hardware designed. It wasn’t quite the $100 machine that Weiss and Fox had hoped to offer, but it had become a product that could also be pitched at businesses. So two versions were devised: a basic model and one with a better keyboard and more memory.

Nishi saw in the Spectravideo core specification the basis for the home computer platform he’d been thinking about for more than a year. He began pitching the idea to the various Japanese consumer electronics companies which had also begun approaching Microsoft in order to license its version of the Basic programming language for home micros they were planning.

Among them, Sony and Matsushita - now called Panasonic, though it later released MSX computers under both its Panasonic and National brands - took a particular interest in Nishi’s notion and agreed to work closely with Microsoft to build a common platform. 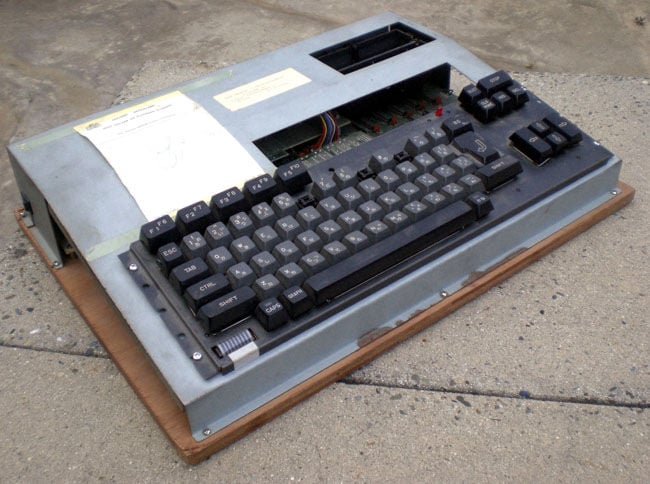 An MSX prototype, said to be Kazi Nishi’s own
Source: Bruce Damer/Digibarn

Coming from the TV and hi-fi markets, these firms understood the idea of selling hardware based on recording media standards and could easily extend the concept to computers. They believed that compatibility - the way any tape deck could play any pre-recorded cassette, say - would drive sales to such a degree that there would be a market for all vendors’ kit, and there would be no need for aggressive, ungentlemanly head-to-head competition for hardware sales.

It might work out cheaper too. “Once MSX is available worldwide the manufacturers will be able to spread their development costs over a large volume of sale,” said Nishi in 1984, undoubtedly echoing conversations he’d had with hardware vendors. “The cost of developing peripherals for MSX is low because any add-on product works on more than 20 makes.”

SVI Basic subsequently became MSX Basic when the new platform’s branding had been defined. Microsoft’s deal with Spectravideo clearly made this possible and, indeed, the US-Hong Kong company was an early, enthusiastic supporter of the MSX brand and platform.

The platform Spectravideo came up with, and which was later refined by Nishi and his Japanese hardware partners, comprised the popular buy ageing 8-bit Z80A processor clocked to fractionally less than 3.6MHz. It was combined with a Texas Instruments 9918 display chip and a sound processor from General Instruments, the AY-3-8910, for eight-octave, three-channel sound routed through the connected TV’s speaker. An Intel 8255 Programmable Peripheral Interface chip handled the I/O. 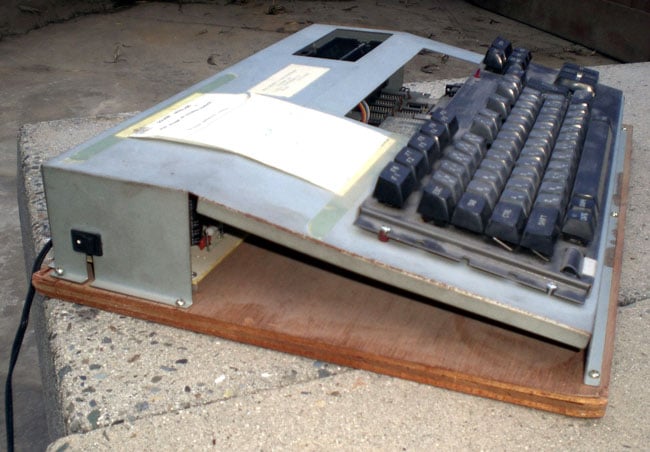 Those last three chips would, in a UK-designed micro, have been combined into a single custom silicon part called a ULA, short for “Uncommitted Logic Array”, cheaply made and, thanks to the integration, needing less motherboard space than umpteen separate chips. This was one reason why some MSX machines ended up so much pricier that many of their British rivals.

Others used the so-called MSX Engine chip, a Yamaha-made part which combined the capabilities of the GI sound chip, the Intel 8255 and other peripheral-control logic. That helped reduce costs, a little.

MSX machines also had to have 32KB of Rom for Microsoft’s Extended Basic, at least 8KB of Ram for user programs and 16KB of Ram for the video buffer. The TI 9918 chip would provide 16-colour graphics on a 256 x 192 display, though each byte’s worth of eight pixels could support only two colours; the 16-colour values were presumably stored as four-bit numbers, two per byte. Thus, 12KB for the pixel map and colour value bytes in total.

In addition to the hi-res screen, Microsoft’s MSX Basic supported separate 40 x 24 - the bottom three rows were dedicated to on-screen labels indicting function-key assignments - and 32 x 24 text-only modes, and a low-res, 64 x 48 graphics mode. It would also allow up to 32 programmable sprites.

A cassette interface would come as standard on MSX computers, as would an Atari-style joystick port and a Rom cartridge slot. 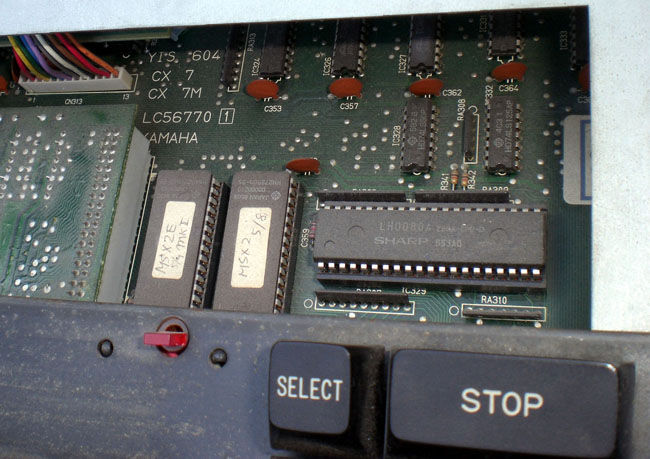 It wasn’t just the internals that the MSX specification determined: all MSX-branded machines had to have four large cursor keys, which most of the micros placed to the right of the keyboard. There had to be ten function keys, too, typically placed above the keyboard, with the Shift key making five physical keys operate as ten. Certain function keys were to be mapped to MSX Basic commands, including GOTO, LIST and RUN.

The Qwerty deck itself had to incorporate special Graph and Code modifier keys for graphical characters and other glyphs. Clear Screen/Home, Insert and Delete keys helped with program editing, while Select and Stop could be use within code to improve user interaction.

“Japanese policy is obvious,” wrote Max Phillips in the weekly Personal Computer News following the 27 June launch. “MSX was designed for Japan’s own home market where a lack of software was damaging the growth of home computers. MSX turns home computers into record players... the software becomes interchangeable.

“On a wider scale, MSX may give all but the UK’s top producers a hard time. Software houses will see little point in writing for non-standard machines with small user bases. With MSX, they can write one program for a whole range of machines. Sounds unlikely? CP/M offered far less compatibility [than MSX] but you’d be hard put to find a top-selling 8-bit business machine without it.”