The beginning of the end

In the event, most would not appear until Christmas 1986, if at all. Only JVC was interested, it seems, and planned to pitch its HC-95, a superior version of the HC-80 MSX 2 computer it demo’d in the UK in early 1985, against the Amiga, launched in the UK in 1986.

“I suspect it will not be seen at all as a low-cost computer,” warned JVC spokesman Peter Glas in May 1986. Indeed, it was around £1000. “This is a top-range model, which has only just been introduced in Japan. We want to re-instil excitement and enthusiasm about MSX, and we hope to sell it in the UK before the end of 1986.”

Sony, on the other hand, had “nothing planned for 1986, but out 1987 plans are more positive”, product manager Joe Yakota said at the same time. “Next year, we can initiate out CD-Rom with MSX for business applications... we’re looking at around Christmas 1987 to introduce that.” 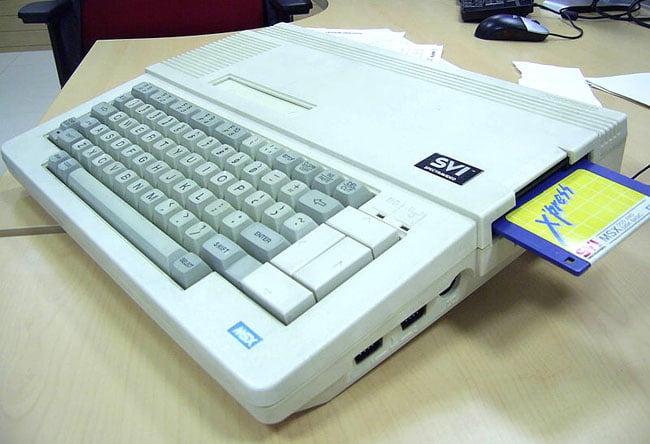 But with stories of superior machines coming, not to mention the general slowdown in the home micro market and the imminent arrival of 16-bit home machines like the Amiga and Atari ST - both launched in the US in the first half of 1985 - MSX’s days seemed numbered. In July 1985, Dixons slashed its MSX prices by up to 50 per cent in a bid to shift them.

By September 1985, MSX User was quoting userbase figures of one million for Japan, but only 200,000 for the whole of Europe. Not that the MSX world lacked innovation: Spectravideo’s X’Press - aka the SVI-738 - incorporated a floppy drive, an MSX 2-level graphics chip and a carry handle: it was, in the autumn of 1985, the first luggable MSX machine.

Dixons early price cut seems to have puzzled MSX Working Group members, but by the autumn of 1985 they were doing to too, driving prices well below £100 by Christmas. For example, Toshiba’s HX-10 went from its £279 launch to £239, then to £139 and finally to just 79 quid, at which point Toshiba announced a £99 starter pack complete with HX-10, three software packages, a tape recorder and a blank tape, plus “plugs, fuses and even a screwdriver”. JVC cut the price of the HC-7GB straight from £279 to £100.

Toby Wolpe, Editor of Your Computer, called MSX’s UK Christmas a “rout”. That didn’t convince everyone, mind, with one Neil Alldritt, an Ad Manager on MSX Computing claiming that “MSX will succeed despite the current bad press and will be around long after the likes of Sinclair, Acorn et al have gone!” in a letter printed by Popular Computing Weekly.

MSX Computing hung around until 1987, longer than MSX itself did, in the UK at least. It never truly took off in the UK, where punters seemed keener on home-grown micros and American imports, not to mention the factionalisation that went with a host of incompatible rival formats. In the States, despite the Microsoft connection, the take-up was lower still, though that was as much because only two vendors - Yamaha and Spectravideo - released MSX machines there.

Like their British fellows, American computer users generally favoured native companies: Apple, Tandy, Texas Instruments, Atari and Commodore - even Sinclair’s partner, Timex, never made it big in the US.

Panasonic admitted in early 1986 that, having sold out of the stock of its MSX machines it had brought into the UK, it wasn’t going to import any more. By the end of the year, Sanyo, Sony, Mitsubishi and Toshiba were saying much the same thing. Yamaha was still in the game, continuing to push its MSX computers as music-making adjuncts.

Spectravideo, punching its machines out cheaply in Hong Kong, likewise continued to sell MSX machines here, though by now had its eye on the low-cost business computer market ignited not by Sinclair’s QL in 1984 but by Amstrad’s PCW series in 1985.

In Japan, however, demand was stronger, but ultimately doomed: the arrival of the Nintendo Entertainment System in 1986 shifted games-hungry kids away from computers to games consoles, and of course the dominance of the IBM PC platform in business computing. In the meantime, the platform continued evolve: in 1988 to a tweaked version of MSX 2 designed, said Kazuhiko Nishi in 1992, with the goal of making a “coloured Macintosh which cost under ¥100,000 and could come into home use”. It used a new GUI, MSX View.

The final iteration arrived in 1990: MSX Turbo R, based on the R800 CPU, an enhanced version of Zilog’s 16-bit Z800. Production of Turbo R kit is said to have ended in 1993 and had certainly stopped by 1995, even as Nishi, his chums at Ascii and hardware partners had their eye on reducing the cost of MSX further by integrating more of the functionality from many separate chips into just one or two. 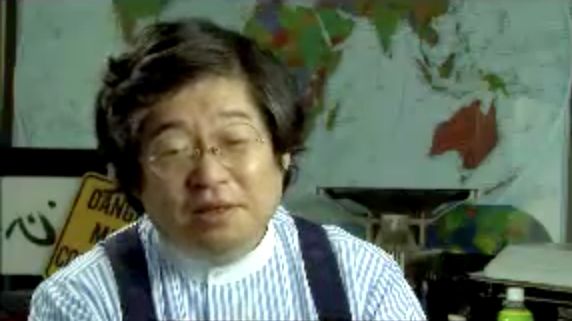 Such a part would eventually appear, sort of, forming the basis for a MSX-on-a-chip system released in 2006 by Japansed company D4 Enterprises. The chip was actually an Altera-made Field-Programmable Gate Array (FPGA). Looking a little like a cased Raspberry Pi, the “One Chip MSX” was MSX 2 compatible and packed in a pair of cartridge slots, VGA and composite-video output, an SD card slot for storage, and a couple of USB ports. D4 discontinued the product in 2011 - its MSX support now only extends to making old games available on the original Wii.

Nishi himself stopped working with Microsoft in 1986, finding its keenness to establish Windows as the world standard he envisaged MSX would provide not to his taste. He’s still involved with Ascii, but since 2001 he has maintained what is largely an advisory role, his career having at that point taken a more academic direction: he has MIT and Shoubi University professorships, and lectures at various Japanese universities on technology and society. ®