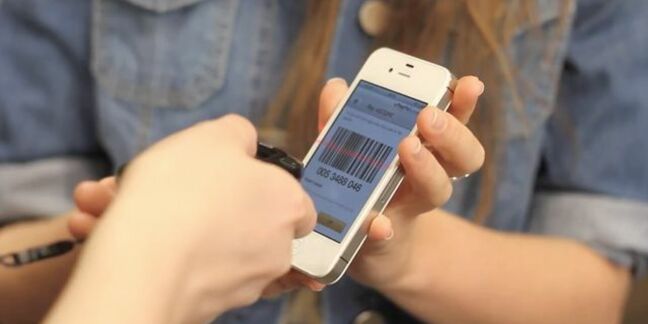 When PayPal launched 15 years ago it billed itself as the world's first global currency. Now the company is looking to kick-start a conversation into how to become the payment platform for the solar system with PayPal Galactic.

"The time is right today because of all of the interest and movement and money and private/public options that are now moving into space," Anuj Nayar, PayPal's director of communications told The Register. "This is a real renaissance in space."

Joining the company in the PayPal Galactic initiative are the SETI Institute, the Space Tourism Society, and the pugilistic* former astronaut Buzz Aldrin. Together the group is looking at ways of providing a valid currency and banking system that can be used inside the Earth's gravity well and beyond.

Nayar said that with Virgin Galactic preparing for inner space flight later this year and space hotels forecast within the next five, now was the time to start thinking about off-world currencies and PayPal wanted to be in the vanguard of any such efforts.

There are currently no laws governing currency in space and Nayar said that the field was the "Wild West" for financiers. Paypal will be focusing on finding ways to connect people to their accounts in orbit and set down a financial framework for avoiding fraud and tax evasion.

"This is going to be big," said Sean Casey, managing director at Silicon Valley Space Center. "Now is the time to get into this. If you wait several years it's going to be obvious to everybody."

El Reg isn't sure that a galactic currency is needed right away. Space tourism is going to be paid for with dollars and rubles for the moment and the crew of the ISS tend to let NASA handle the messy business of paying the bills while in orbit. But it's nice to see PayPal is thinking ahead. ®

*Buzz Aldrin is many things; the second man to set foot on the moon, the first man to pass water there if his memoir is to be believed, and one of the few astronauts to have punched out a moon-landing denier.

In 2002 Bart Sibrel, a filmmaker who has made a living promoting the idea that mankind never went to the moon, cornered Aldrin in a Beverly Hills hotel and asked him to swear on a Bible that he'd landed on the moon. When Aldrin refused, Sibrel called Aldrin "a coward, and a liar, and a thief," at which point the 72 year-old dropped him with a single punch. Sibrel tried to sue but was laughed out of court.

Aldrin's annoyance with moon landing deniers is widely felt among the astronaut community. Harrison Schmitt, the last man to walk on the moon, told this El Reg hack that it used to annoy him when this kind of talk came up, but now he's not so bothered.

"I know where I've been," he said. "They can think what they like."

'We're now approaching the point to do the analysis and write-up,' co-founder tells El Reg

Citizen boffins: Help find the alien that ultimately kills us all

SETI searchers: We still haven't found what we're looking for

Settle, SETI-fans: One radio spike does not a civilisation make

Radio? Just because we like it doesn't mean ET phones home

Look where the lookers are looking at you, rather than at BEELLIONS of galaxies

After years of listening, we've heard not a single peep out of any aliens, say boffins. You think you can do better? OK, here's 1PB of signals