ROBOs cop to installing VSAs, upstart rushes to cash in

Virtual storage appliances are a big hit... throw in a niche market and you're minted 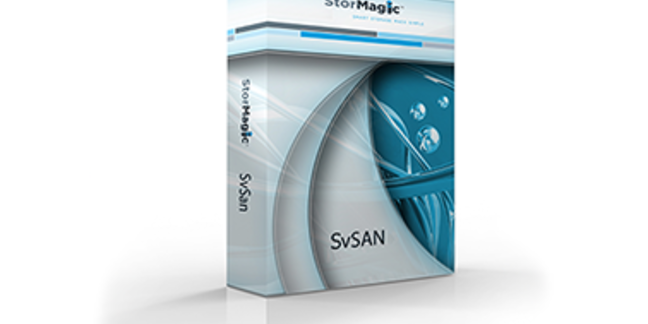 Virtual Storage Appliances (VSAs) are all the rage and startup StorMagic, which designs iSCSI products for remote sites, has seen its sales ledgers pile up as a consequence.

The firm said it has grown sales of its SvSAN VSA product 824 per cent in its fiscal 2013 year. Its iSCSI product is runs in VMware servers, and was designed for remote sites, the company says. It says that distributed enterprises, such as a retail chain, have been buying it for their remote and branch offices (ROBOs).

SvSAN can be deployed and managed centrally. The software is downloaded to a pair of x86 virtualised servers in each remote site, and it has high availability with failover from one server to the other.

It points to one US big box retail customer who reckons it saved a potential $10m in not having to buy storage arrays at its 2,200 branch sites.

A StorMagic spokesperson said: "VSA solutions require a quorum service to protect against split brain. This is a third machine on-site. SvSAN centralizes this for all sites to a single machine hosted at central IT, 33 per cent less hardware.

"You can read a SvSAN product brief here (PDF) and see how StorMagic compares it to the VMware VSA here. The two key attributes, apart from not having to buy a storage array, seem to be remote management and high availability.

The company was founded in 2006 and its annual revenue growth (though we don't have any numbers) since product shipping started in 2009 has been like this:

The product competes with HP's StoreVirtual and NetApp's ONTAP Edge and, until EMC bought it, ScaleIO. StorMagic also competes with DataCore and Sanbolic but appears to differ from both of these SAN-replscement players with its ROBO focus.

El Reg: How does StorMagic compare to HP's StoreVirtual?

Sonny Bennett: HP is limited to 10TB and has issues with quorum management for remote sites. Ideally they would like a failover manager (FOM) on a separate server, therefore requiring a 3rd server at site. It is possible to run the FOM at a remote site. However, you need to adhere to strict network latency and bandwidth requirements (<50ms round trip response time and 100MB/s bandwidth).

... We have a number of entry options from 2TB upwards.

HP’s StoreVirtual is not fully integrated into vCenter. StorMagic’s SvSAN enables that single-pane-of-glass management aspect. You can view all your sites from a single console (or multiple if preferred).

Sonny Bennett: NetApp ONTAP Edge is not a true HA auto failover VSA as it does not support clustering (at this time). It provides a software-only version of their ONTAP operating system that can be installed into a VM (VMware only at this point), has no Hyper-V support and cannot use server flash. SvSAN will work with any drive type (though it cannot use RAM disk at present).
[ONTAP Edge] is limited to 10TB, SvSAN is unlimited.

NetApp seems mainly aimed at existing customers that have filers in the data centre so that you can replicate back to them.

Sonny Bennett: In our opinion they don’t seem focused on multi-site, it seems to be a general purpose product (Swiss army knife) aimed at SMB and enterprise.

El Reg: Will StorMagic develop the product so it can run in central sites as well as branch offices?

Sonny Bennett: StorMagic SvSAN will run at a central site in the same way as it does for remote branch offices. We can scale out the number of nodes within a cluster to increase storage capacity and performance.

We are looking at some potential features for future releases that will provide central site to remote office connectivity such as async replication. We are also looking at adding enterprise storage array features such as snapshots, I/O caching and dynamic data migration that will load-balance the I/O and capacity across all the nodes in a SvSAN cluster providing true scale-out features.

El Reg: VSAs appear to have a bright future as they run on cheap commodity hardware. That being so, small players like StorMagic can compete with the big guys on a feature/functionality/price/support basis and, as StorMagic exemplifies, do very well in market niches to which they are well-suited. ®