But Brit biz Datawind may not get contract this time around 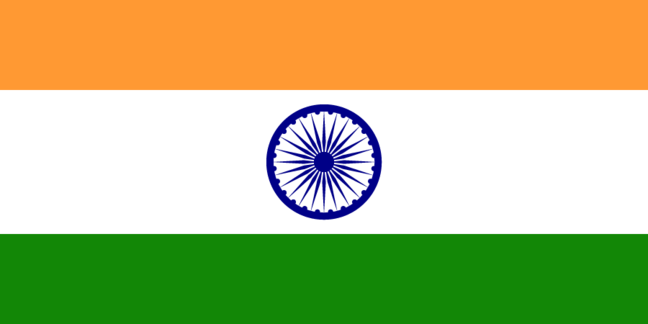 The Indian government is pushing ahead with plans for a new and improved low-cost Aakash tablet for students which it hopes will reinvigorate a project hit by countless delays.

The technical specs of the proposed Android-based Aakash IV have been posted to the web sites of the Ministry of Human Resource Development (MHRD) and the Department of Electronics and Information Technology (DeitY) to allow stakeholders to comment.

The seven incher should be no more than 500g in weight and 0.75in thick, with a minimum of 1 GB DDR3 SDRAM, alongside at least 4GB internal storage which can be expanded by up to 32GB with an SD card, according to the proposals.

Battery capacity should be enough for at least three hours of 720p video playback and five hours of web browsing.

The government wants to stick with “the latest Android stable version” but said the tablet needs to be dual bootable through an external SD card to also offer the latest version of Ubuntu.

Browser-wise it needs HTML5 support and the default language of the device will be set to English, although support for multiple Indian languages including Hindi, Tamil and Punjabi is a must.

As a learning tool for students, there is also a strict requirement for USB, mouse, keyboard, and “all popular” 2G, 3G and 4G data dongles to be supported.

In a blow to UK firm Datawind, which produced the first two iterations of the Aakash, the government said it hadn’t decided who would be awarded the lucrative contract this time around.

The firm may well be fearing the worst, given that the project has been plagued by problems up to this point.

The first version of the tablet, launched in October 2011, was roundly slated, mainly because of its poor resistive touchscreen.

Things got even worse when Datawind had a falling out with the Indian Institute of Technology (IIT) Jodhpur and IIT Rajasthan – organisations leading the project at a regional level – which ended up delaying shipments.

The project seemingly got back on track last year after Datawind launched the Aakash 2 – a slightly higher spec’d version with an improved (capacitive) touchscreen.

There have still been grumbles, however, that despite the extremely low cost – just Rs 1,130 ($US24.65) to students – the device simply isn’t good enough.

Further shipping delays have imperilled the project again, so the Aakash IV may be the government’s last chance to get things right and finally put a tablet in the hands of millions of students in 25,000 colleges and 400 universities across the sub-continent. ®