But the AirPort Extreme and Time Capsule are next-generation products too, and are worthy of attention by virtue of introducing next-generation 802.11ac Wi-Fi to Cupertino’s product range.

Apple isn’t the first manufacturer to adopt 802.11ac for its networking products, of course, but it is one of the very first to integrate 802.11ac into its computers, in the form of the aforementioned MacBook Air. That finally gives us the opportunity to see this so-called “5G Wi-Fi” - as Broadcom, supplier of Apple’s 802.11ac chips, calls it - in action without all that tedious messing about with USB dongles. 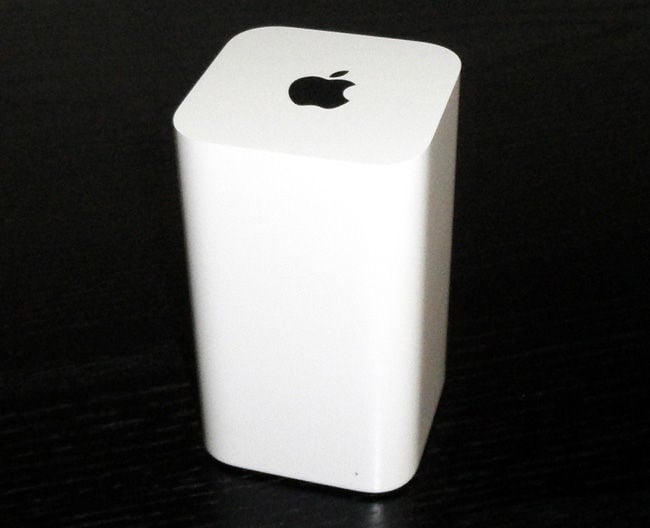 The two new AirPort devices are identical, sporting a new design that is taller and thinner than previous generations, and with the only significant difference being the internal hard drive that allows the Time Capsule to act as a NAS drive.

Like the diminutive AirPort Express – which remains 802.11n only – both devices measure just 97.5mm wide and deep. However, the pristine white plastic case has been extruded upwards to the towering height of 165mm – providing, according to Apple, better signal dispersal for the 3 x 3 array of six separate antennas that is housed right at the top of the unit.

I wasn’t allowed to take my Time Capsule apart, but reports from teardown merchant iFixit suggest that this new design is – unusually for Apple these days – fairly amenable to DIY repairs. The base of the unit can be levered off without too much trouble, with the internal hard drive apparently being quite easy to replace or upgrade – though you can say goodbye to your warranty should you do so, of course.

Incidentally, iFixit also reports that the AirPort Extreme can’t have an HDD shoved up its rear end in order to convert it into a Time Capsule, as its compact motherboard lacks a suitable connector. 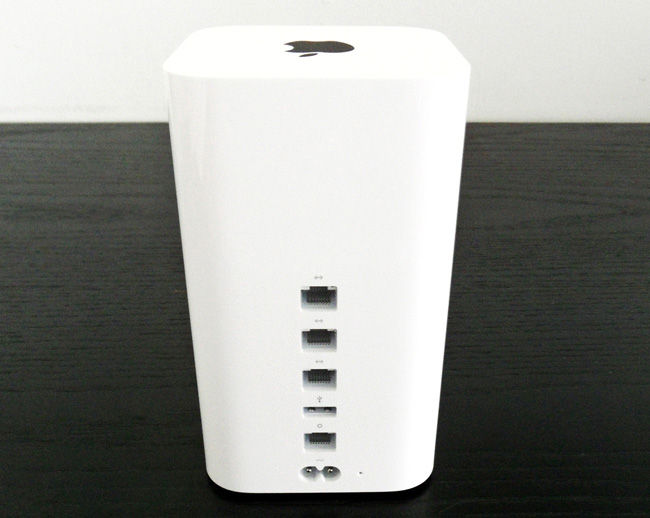 Tucked around the back of the unit you’ll find the Time Capsule’s normal complement of ports: three Gigabit Ethernet jacks for client computers and networking gear; a USB 2.0 port for connecting a printer or additional storage device; a fourth Ethernet port for your Internet connection; and the figure-of-eight power socket. The AC transformer is built in, as before. As always, the Time Capsule and AirPort Extreme lack an ADSL or cable modem, so they’ll have to be connected to an existing modem if you want to connect to the internet.

Like its 802.11n-supporting predecessor, the 2013 Time Capsule can broadcast simultaneously on both the 2.4GHz and 5GHz frequencies. However, 802.11ac only operates on 5GHz – leaving the 2.4GHz frequency to 802.11n – where it doubles the standard channel width from 40MHz to 80MHz. It also includes an option called beamforming – a kind of triangulation technique that utilises the antenna array to analyse the location of connected 802.11ac devices and to boost the signal strength along the best possible path.

Both the 80MHz channel width and beamforming features of 802.11ac appear to be automatically enabled on the Time Capsule. If the Capsule and client can use them, they will - there are no obvious switches to enable or disable these modes. 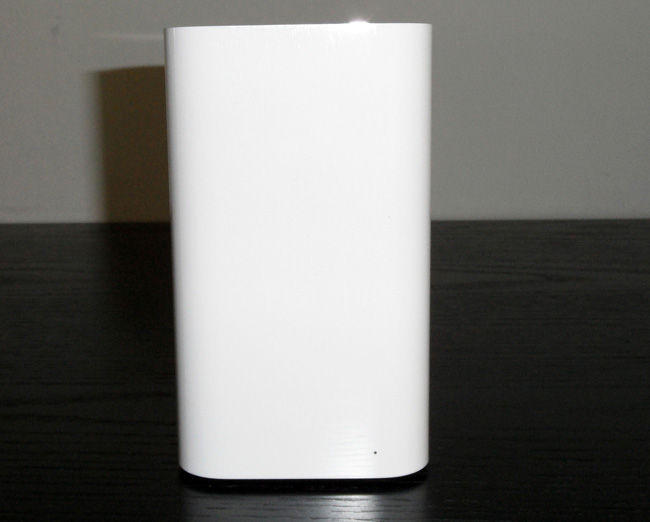 Fortunately, I was able to get my hands on one of the new MacBook Air models to test with the new Time Capsule. Having just a single 802.11ac MacBook Air meant that I wasn’t able to test raw Wi-Fi throughput by transferring files directly between two machines, but the Time Capsule is primarily intended for use as a network back-up device so I put it through its paces by backing-up my 15GB iTunes library containing a mixture of both small audio and large video files.