Tickle my balls, stroke my button and blow the fluff from my crack

Something for the Weekend, Sir? “Give yourself a little blow job every morning and your working day will be a happier one!”

These were the unabashed directions given to me during my first professional computing training course.

The trainer was full of these saucy one-liners. Another of her favourites - for my trainer was a she - was: “If fluff gets down your crack, try tickling your balls!” Intriguing advice indeed.

She was, of course, teaching me how to remove dust from the workings of an old computer mouse.

To put this in perspective, I had been spending the mid-1980s using an assortment of spreadsheeting and graphing programs under various flavours of CP/M, DOS and GEM to manipulate and report monthly management accounting data. Then on a whim, my employer, a magazine publisher, decided to send me, its cheapest member of staff, on a training course to turn me into what used to be called a “desktop publisher”. 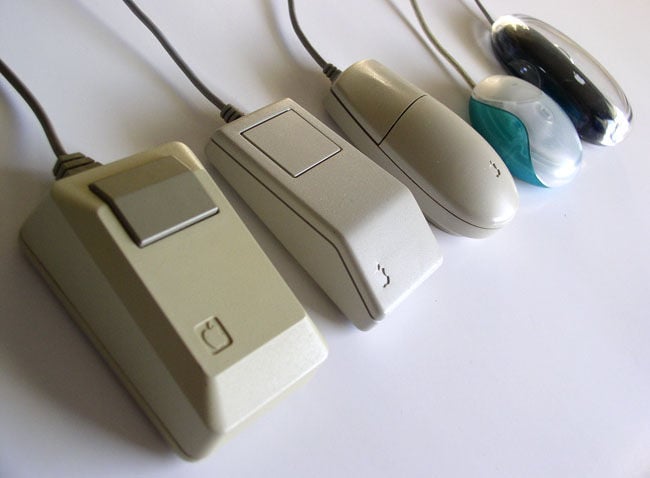 This meant not just learning a freakish DTP software application called QuarkXPress - version 1.2, I think - but an utterly bizarre computer called a "Macintosh" which for some reason people used to write down as "Applemac" as if it was some kind of fruity Caramac.

A good hour at the beginning of the training course was spent learning how to use the mouse. That’s a long time for a device with one button. No wonder my trainer felt the need for the old Finbarr Saunders: the banality of the routine must have driven her round the twist. I remember the course being a one-to-one affair but as she closed the door to the private training room she expressed how much she was looking forward to our “one-on-one”, and on occasion threatened to take me “in hand”.

Still, it was the blow-job gag, er, joke that stuck in my throat, I mean memory.

Looking back, it beggars belief that anyone would need to be taught how to use a mouse. Today, you just throw a new computer at someone and they’ll sort of muddle through and work out how to use it. But back in the day, all this stuff was too new and too weird.

I wonder whether electronic-rodent inventor Douglas Engelbart thought a whole hour was necessary to learn the rudiments of a single-button mouse, given that he required just 90 minutes to turn the entire computing world upside down with his "Mother of All Demos". I also wonder why a man whose Germanic name means "angel beard" never actually grew one - rather like ZZ Top’s drummer Frank Beard, I suppose. 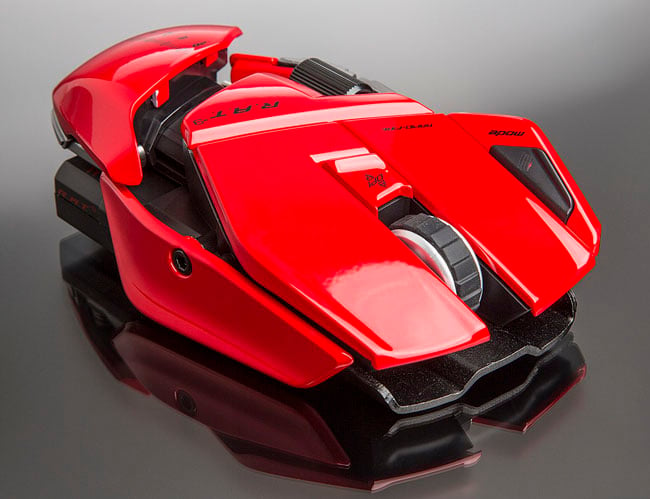 Yet the most striking aspect of Engelbart’s patent 3,541,541 is how something so contraption-like, conceptually unlikely and downright ugly - my trainer accidentally nudged my mouse with hers and apologised for “bumping uglies” - is actually foolishly intuitive. One minute was all that you actually required to learn how to use a one-button mouse under System 6: it really was that well conceived.

The Sega-Nintendo gaming console boom began shortly afterwards, and I put this down to similarly intuitive interfaces. Sonic the Hedgehog, may I remind you, benefited from the revolutionary idea of having just one control - the X button - which did absolutely everything from jumping to hitting to swimming to going down the shops to buy a carton of milk and a copy of the Radio Times. Basically, you learnt how to play pretty much the entire game within seconds, enabling you to complete all of Green Hill Zone in the time it took for the Tandy security guard to get off his fat arse and throw you out of the shop.

Then again, lesser minds in the subsequent personal computing industry have contrived over the years to invent a whole menagerie of stupid pointing devices under the title of mouse and even sillier animal names. I’ve been forced to use a 3D CAD puck - my trainer would have loved playing with that word - which was about as intuitive as reversing an articulated lorry while blindfolded. I’ve tested mice that had more buttons than I have fingers, which doesn’t take much thought to realise is absolutely pucking daft.

There was even one built with a complete set of Qwerty keys - tiny buttons, really - arranged over its surface, which defeats the whole point of having a mouse in the first place. 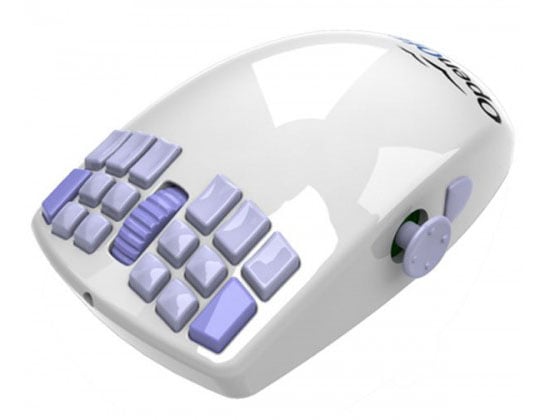 For this reason, I spent the best part of a decade using a stylus and tablet exclusively unless forced to use the shitty multibutton plastic mice provided at clients’ offices. I nearly relented when the rubber balls were superseded by laser tracking but switched back to my stylus after managing to accidentally crush one cheap mouse into its component parts while using it in anger, like an empty beer can in the bare hand of a sweaty biker at a mid-western truck stop.

Looking back, all I wanted was something well-built, sure, and simple to use. But hang on, the insistence on those single-button mice of the 1980s came from not from Engelbart but from another late innovator, the celebrity vegan, renowned reality distorter and scourge of focus groups everywhere, Steve Jobs. Engelbart himself imagined having as many as 10 buttons on a mouse, so it appears I have maligned this great man as being “pucking daft”.

Perhaps if Engelbart had imagined a future of affordable devices with capacitive sensing surfaces, he’d have seen things differently. Moan all you like about fanboidom but Apple’s current Magic Mouse is a complex and multifunctional yet non-ugly and decidedly single-button device. No, trackpads don’t do it for me, either. For reasons I can’t explain, using a mouse remains the simplest and - counter to all objective logic - the most intuitive way of controlling a graphical user interface.

As my trainer put it, there’s only one button that matters. ®

Alistair Dabbs is a freelance technology tart, juggling IT journalism, editorial training and digital publishing. As a CTT+ certified technical trainer, he has for himself witnessed someone being asked to right-click only for that person to grab a pen and paper in order to write ‘click’. Everyone’s a comedian.