Rolls out MCP 15.0 for both CMOS and Xeon machines

If you are "truly paranoid" about system uptime and are running the MCP operating system on a Burroughs-class, midrange-sized mainframe from Unisys, then the system maker has a new Libra 4200 that has your name on it.

Last fall, Unisys refreshed its ClearPath mainframes with Intel's Xeon E5 processors, and is getting closer and closer to the day when it will no longer have to make custom CMOS mainframe engines to host the applications of its biggest MCP and OS 2200 operating system customers.

Unisys doesn't get enough credit for this, but its engineers have taken more than two decades to learn the eccentricities of the x86 instruction set and create sophisticated hardware emulation and virtualization environments that allow for Xeon processors to run binary code compiled for both Sperry (Dorado) and Burroughs (Libra) CMOS mainframe engines.

Other server makers could learn a few tricks about graceful platform transitions from Unisys. Or maybe license the technology.

HP sure could use an Itanium hardware emulator right now to get HP-UX onto its Xeon-based ProLiant servers, just to name one, and IBM, even though it acquired the QuickTransit hardware emulator five years ago, has not really figured out what to do with it other than to sit on it and keep it out of enemy hands. An efficient x86 emulator could move workloads onto Power iron, and that was the idea behind the QuickTransit buy, supposedly, but Big Blue has not really done much with it.

With the Xeon-based Libra machines announced last October, Unisys takes a bunch of Xeon E5 servers and configures a bunch as compute nodes and some as I/O nodes and links them all together using 40Gb/sec InfiniBand as a system backplane. With the Libra 6200s, all of the processor and I/O subsystems are redundant and process transactions in an active-active mode. High-availability clustering software spreads work over the two halves of the MCP machine, and fails over and recovers work on one half if some processing or I/O component fails in the other half. 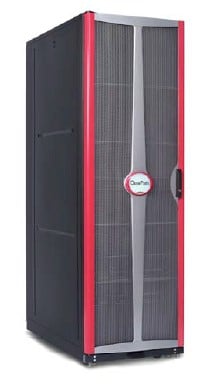 The midrange Libra 4200 machines did not, by contrast, come with an high-availability cluster option. Starting on July 26, however, Unisys will configure up a mirrored Libra 4200 system that has its own clustering software and failover scripts for MCP workloads. Any specialty partition virtual machines that are running Java application servers or the ePortal middleware (which converts Unisys COBOL app interfaces so they can be displayed on smartphones, tablets, and PCs) are also part of this failover cluster.

"These ClearPath machines run at very high availability by default, so the HA option is there for the truly paranoid," jokes Bill Maclean, vice president of ClearPath programs within the technology, consulting, and integrations solutions group at Unisys. "But some customers, for policy or best practices reasons, need more resiliency."

Incidentally, the ClearPath Dorado machines running OS 200 do not have two-node, active-active HA clustering, but rather a more sophisticated setup called XPC-L3 parallel clustering technology. This XPC-L3 clustering is analogous to IBM's Parallel Sysplex for its System z mainframes, and allows for multiple nodes to be linked together for both high availability failover as well as capacity scaling. The Dorado 4200 machines, also based on Xeon E5 iron but running OS 2200, got support for XPC-L3 back in March.

In conjunction with the new twin Libra 4200 box, Unisys is also making the MCP 15.0 operating system for all Burroughs boxes, whether they use native CMOS or Xeon E5 engines that are pretending to be CMOS engines. With this update, the ePortal software has been tweaked to support the latest BlackBerry and iOS devices, and can also feed ClearPath apps to Windows 8 devices.

Unisys has also partnered with Locum Software to use its Safe & Secure to control the security settings on multiple system setups, including ClearPath mainframes and other types of servers.

The workload manager inside of MCP has also been tweaked to do finer-grained tracking of MIPS usage for applications to do chargeback to company divisions and departments as they burn mainframe capacity. You can see the release notes for MCP 15.0 here, which have a bunch of other nips and tucks.

Customers can mix and match MCP 14.0 and 15.0 on the ClearPath Libra machines, and Maclean says that customers often skip releases to avoid making changes so frequently. Each release has a 42-month support cycle, which gives them plenty of time to plan their jumps. ®

Why is IBM selling post-quantum crypto when it's still a pre-quantum company?