No sale, Yahoo! Hulu goes off the auction block

Owners to just toss it a bunch of money themselves 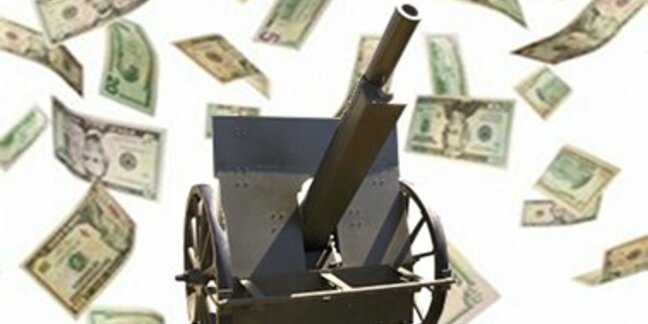 Video-streaming site Hulu has opted to walk away from talks about a possible buyout, ending months of speculation as to which media or online giant might snap it up.

In a joint statement issued on Friday, co-owners 21st Century Fox, NBCUniversal, and The Walt Disney Company said they won't entertain any further offers for Hulu and will instead maintain their current ownership positions.

They will also jointly plunk down another $750m to recapitalize the company, which pulled in $690m in revenue last year.

That cash infusion is in the ballpark of what Yahoo! was reportedly offering to buy up Hulu in May. Other potential suitors were said to include AT&T, DirecTV, Time Warner Cable, the talent agency William Morris Endeavor, and some private equity firms. But despite lots of offers, it seems none offered terms that Hulu's co-owners could agree on.

"We had meaningful conversations with a number of potential partners and buyers, each with impressive plans and offers to match," 21st Century Fox president and COO Chase Carey said in Friday's joint statement, "but with 21st Century Fox and Disney fully aligned in our collective vision and goals for the business, we decided to continue to empower the Hulu team, in this fashion, to continue the incredible momentum they've built over the last few years."

That momentum has made Hulu one of the leading online video sites, with 30 million monthly unique visitors and 4 million paid subscribers. The service now claims to host premium online TV programming from over 400 content partners.

This isn't the first time Hulu's co-owners have dangled the company in front of potential buyers only to pull it back, though. They last put it up for sale in 2011, with an asking price of $2bn. But although they got several bids in that range – and Google reportedly offered as much as $4bn – they couldn't reach agreement on any of them.

The bids this time were a lot lower. Private equity firm The Chernin Group reportedly bid just $500m – less than Hulu's 2012 revenue. But it's not hard to see why, given how the market for video content is shaping up.

In June, Hudson Square analyst Dan Ernst told Forbes that to remain competitive, any Hulu buyer would need to invest in new content to the tune of $2bn per year. "To compete with Netflix and cable, it's a money loser," he said. ®