Sales at IBM decline 3.3 per cent in Q2, profits hit by layoffs 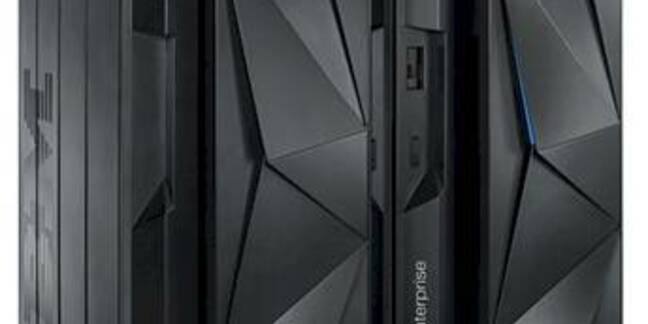 IBM chairman and CEO Ginni Rometty needs the company to turn in much better quarters for the remainder of 2103 than Big Blue did in the first quarter, when it missed its numbers by more than $400m.

In the second quarter, IBM did a little better in its systems and services segments and the core business faired alright if you ignore the effect of a $1bn hit to cover layoffs of thousands of employees worldwide.

In the quarter ended in June, IBM's sales were down 3.3 per cent to $24.92bn, better than the 5.1 per cent drop in the first quarter. And although net income in Q2 was down 16.9 per cent to $3.23bn (including that $1bn hit,) even with the layoff charges IBM's net income was up 6.6 per cent sequentially from the first quarter, when Big Blue brought $3.03bn to the bottom line.

In a conference call with Wall Street analysts, Mark Loughridge walked through the numbers and said that the services and software pipeline was picking up steam and that the company had closed a little less than half of the $400m+ in deals in the second quarter. (Why can't IBM just give the number? Don't they know "in excess of $400m" wrecks sentence structure?)

He characterized this as a "typical closure rate" for spillage from one quarter to the next, and then added that there were also some deals that got pushed from Q2 to Q3. And this was good news for the second half. Well, unless a lot of deals get pushed into 2014, but Loughridge didn't go there.

"We are exiting the quarter stronger than we entered," Loughridge proclaimed, and said that the cost reductions from layoffs would start taking effect in the third quarter and roll into the future from there.

The big news, aside from hints about a "big divestiture" that got pushed out to 2014 and that is likely the sale of the x86 server business to Lenovo, was that the Systems and Technology Group is now making money again. This group, which makes servers, storage, networking gear, and chips, took a 17 per cent hit in the first quarter to $3.11bn in revenues and posted a $405m pretax loss.

That is not as good as the $234m in pre-tax income IBM had for STG in the second quarter of 2012, mind you. But it is movement in the right direction.

Sales of System z mainframes no doubt helped the profit cause at STG. Mainframe revenues were up 10 per cent in the quarter, and the aggregate amount of mainframe capacity shipped rose by 23 per cent.

Yup, that means the price of mainframe capacity is falling, and part of the reason is that once again more than half of the MIPS sold in the quarter were for so-called "specialty" engines. These are System z cores that IBM sells at a substantially reduced price but only lets them run Java or DB2 code or a Linux operating system instead the full-on z/OS mainframe operating system and its systems software.

The Power Systems line still had a 25 per cent decline in the quarter, which is not great, but it is sure better than the 32 per cent decline this business had in the first quarter. The excuse then was that IBM was transitioning from Power7 to Power7+ machines, but we are done with that now.

It probably won't be long until we start hearing about Power8. Loughridge did not provide any color on the Power Systems business. He quickly added that the System x business, which includes x86-based rack, tower, and blade servers, was off 11 per cent. Add all the servers up and they brought in $2.52bn in revenues.

The disk and tape storage business combined fell 7 per cent to $789m. IBM's OEM chip business was another bright spot, rising 6 per cent to $451m.

IBM's Global Services behemoth continues to slide, but its backlog of deals is growing, which has Loughridge happy. All told, services revenues fell 3.6 per cent to $14.14bn in the second quarter.

The services backlog for these combined units, however, rose by 3 per cent to $141bn. So does the fact that absent the layoff charges, Global Services had slightly better margins in the quarter.

On a geographical basis, the Americas had $10.7bn in sales, down 3 per cent. Loughridge said that sales in both the United States and Canada were down, but Latin America was up, driven by strong revenue gains in Brazil. The European region, which includes the Middle East and Africa, was flat, with sales of $7.8bn, and was down a point at constant currency.

The United Kingdom and Spain had good growth in the second quarter. At constant currency, sales in the Asia/Pacific region were flat, but thanks to the devaluing of the Japanese yen and other currency issues, the revenues that IBM brought back to its Armonk, New York headquarters were down 8 per cent to $5.8bn.

Oddly, hardware, software and services sales were all up in Japan when priced in yen. So that economic stimulus is doing good locally even if it is hurting Big Blue back home. ®

IBM looks to boost sales the same way it has for 65 years – yes, it's a new mainframe: The z15

Biz game in the mainframe: T-Systems buddies up with IBM

Gods of cloud smiled on Chinese server makers in Q4, as mainframe punters chucked a big bone at IBM

Oh to be at the mercy of tech buyers at AWS, Microsoft, Facebook, Google, Tencent, Alibaba... we could go on

It's Big, it's Blue and it's down for 3Q: Whomp... there goes IBM's storage hardware revenue