A conservator has confirmed that one of the F-1 rocket engines that Amazon magnate Jeff Bezos's salvage team recovered from the ocean floor is in fact from Apollo 11, the first manned mission to land on the Moon. 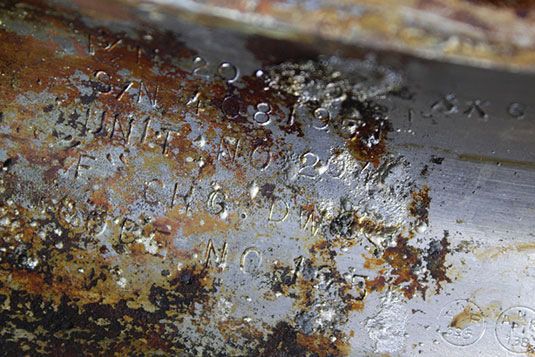 Beneath all the muck, the serial number reveals the rocket's historic heritage

Bezos – who is funding the salvage effort privately – announced in March that his crew had pulled up enough turbines, heat exchangers, fuel manifolds, and other rocket parts to build two complete engines, five of which powered each Saturn V rocket used in the Apollo program.

Confirming just which Apollo mission the parts had come from, however, was another matter. Having spent the last 44 years some 14,000 feet under the sea, the wreckage was understandably somewhat worse for wear, and heavy corrosion of the metal made looking for serial numbers or other identifying marks a difficult task.

But on Friday, Bezos blogged that one of the conservators at the Kansas Cosmosphere & Space Center in Hutchinson, Kansas had made a breakthrough. By scanning one of the recovered thrust chambers with an ultraviolet light and a special lens filter, the researcher was able to make out the number "2044" stenciled in black paint on the side of the object.

Encouraged, the conservator set about removing corrosion from the base of the thrust chamber and was eventually able to uncover the same number stamped into the metal itself. That information was all the team needed to confirm the object's source. 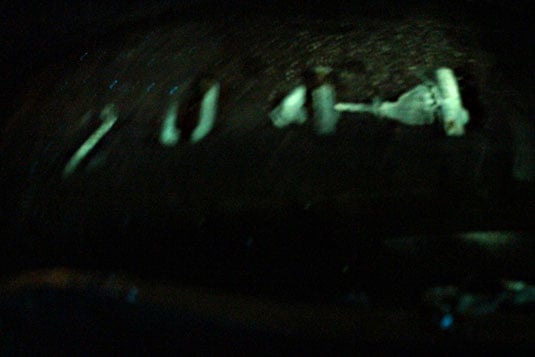 According to Bezos, 2044 is the Rocketdyne serial number that corresponds to the NASA serial number for F-1 Engine #5 from the very Saturn V rocket that hurled Apollo 11 into space on July 16, 1969.

"44 years ago tomorrow Neil Armstrong stepped onto the moon, and now we have recovered a critical technological marvel that made it all possible," Bezos wrote.

Of course, lots more work needs to be done to restore the engines to a condition where they can be viewed by the public, and their ultimate fate remains unknown. The wreckage is still technically the property of NASA, so the space agency gets the final say on what to do with the restored engines.

Bezos says he expects NASA will want one to be put on display at the Smithsonian National Air and Space Museum in Washington, DC. Since his team was able to recover two engines, however, he says he has asked if the second one can be displayed at the Museum of Flight in Seattle, near Amazon's headquarters. ®