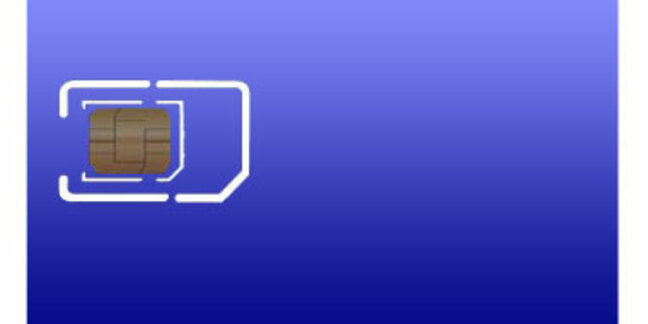 A quarter of mobiles phones using DES encryption rather than the newer triple-DES for their SIM cards are vulnerable to an attack via SMS that results in a complete takeover of the phone.

German security researcher Karsten Nohl, founder of Berlin's Security Research Labs, who previously busted GPRS encryption and cracked transport smartcard encryption keys with a microscope, has told the New York Times and Forbes about the attack, which he will outline to the August Black Hat conference in Las Vegas.

While Nohl is holding back some details of the attack until his Black Hat convention talk, he says he has developed a technique that allows him to obtain the 56-bit DES encryption key of a SIM by sending a text message that spoofs the phone's operator. With the key in hand, a second text message will install software on the target device that takes over the phone completely – including eavesdropping and impersonation attacks.

“We can spy on you. We know your encryption keys for calls. We can read your SMSs. More than just spying, we can steal data from the SIM card, your mobile identity, and charge to your account”, Nohl told the NYT.

Forbes' report suggests Java Card, an Oracle product Big Red says "provides a secure environment for applications that run on smart cards and other devices with very limited memory and processing capabilities", is the source of the vulnerability.

Of the six billion mobiles currently in service, about half still use DES encryption. In a sample of 1,000 SIMs tested over two years, Nohl said one-quarter were vulnerable – which suggests as many as 750 million vulnerable devices are in the field.

Nohl has disclosed the vulnerability in full to the GSM Association, and the ITU is planning an advisory to all mobile phone operators. ®

It's Terpin time: Bloke who was SIM jacked twice by Bitcoin thieves gets green light to sue telco for millions

Plus or minus a few caveats

Metasploit upgraded to sniff out IoT weakspots in corporate networks