Verity's summer songs for programmers: Sing your pals to sleep()

When Irish IDEs are smiling, and so on 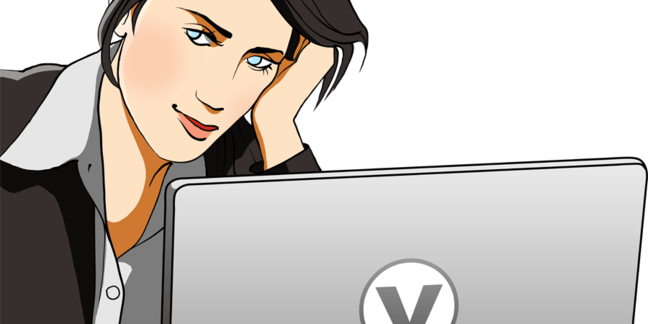 Stob "What better way to dispel the rainy gloom of an English summer," mused Ms Stob, in an introduction presumably written some time in March, "than a mass office sing-along to a selection of IT-themed pastiches?"

Pretty well anything, we'd have thought. Nevertheless, here is the raw material.

If you are affected by the issues described in this song, you will find them discussed in slightly more detail in this famous blog post.

* Actually it was PHP. Cut me some slack: my scansion is in enough trouble already.

My trousers chafe, and my safety boots make me sore
My pants do so chafe, and my boots just blister me sore
I don't wanna wear no PPE no more.

So at the briefing when the night shift starts
Safety rep puts fear in all our hearts.
He's a stickler if our greens ain't clean
And in his soul he's ornery and mean,
and mean.

Got the H&S blues, this racket makes me frown.
Took a handling course, got lectured by some clown:
Three hours to pick things up, three more put down.

It's hard to code through sweaty safety specs
Can't see no screen through these sweat-filled safety specs.
Typing with these gloves, you'll understand I'm vexed.

(Based on an improvisation by Rog, used with permission.)

Debugging is not associative

(Apologies: can't find the tweet from which I pinched this idea.)

Oh...
Wiki, Wikipedia
I can't help but read ya
Oh Wiki the time sink of addicts.
It's the place to look up 'cannula'
And find out about 'East Angular'.
Wiki, Wikipedia
For your facts I grow greedier,
For the wisdom that's held on your site.
There's an essay on Jesse the Israelite Jew,
A page for the heroes who fought as 'the Few'
And 17 subcategories describe Doctor Who
You can learn a lot from Wiki.

Every Lord and MP wants to spin their entree
They'd like to be autobiographical.
And without compunction slap on an injunction
If it hints that they're gay or they're sapphical.

Wiki, Wikipedia
The curse of academia
Oh Wiki the crib for all homework.
It's the one the students click to.
If you're thick it's quick to nick too.
Wiki, Wikipedia
All wiseacres heed ya
On literature, legend and maths.
But scandal has rocked it to Jimmy's chagrin,
You'll need a citation to get new stuff in,
For Wiki's worst fear is original sin.
You can learn a lot from Wiki.

Here's a Wiki joke by a bloke with good humour:
Muddle up the obits by sewing false rumour.
Trust the journos to pick up the tawdry -
Heard about the Tank Engine of Reverend Awdry?

Oh...
Wiki, Wikipedia
The more stuff we feed ya
We'll soon send Britannica bust.
We Wiki'ds belong to the world biggest club.
I must leave off now but this isn't a snub:
This Wiki-related short song's just a stub -
You can write the rest on Wiki! ®