At last... the final cavern

Which brings us to the final cavern, the thing we're here to see. Viewed from above it's a little difficult to fathom the scale of the space, and a good deal of it is held empty against the necessary removal of the turbines for servicing (something which happens every three years, with a complete refit every 15). 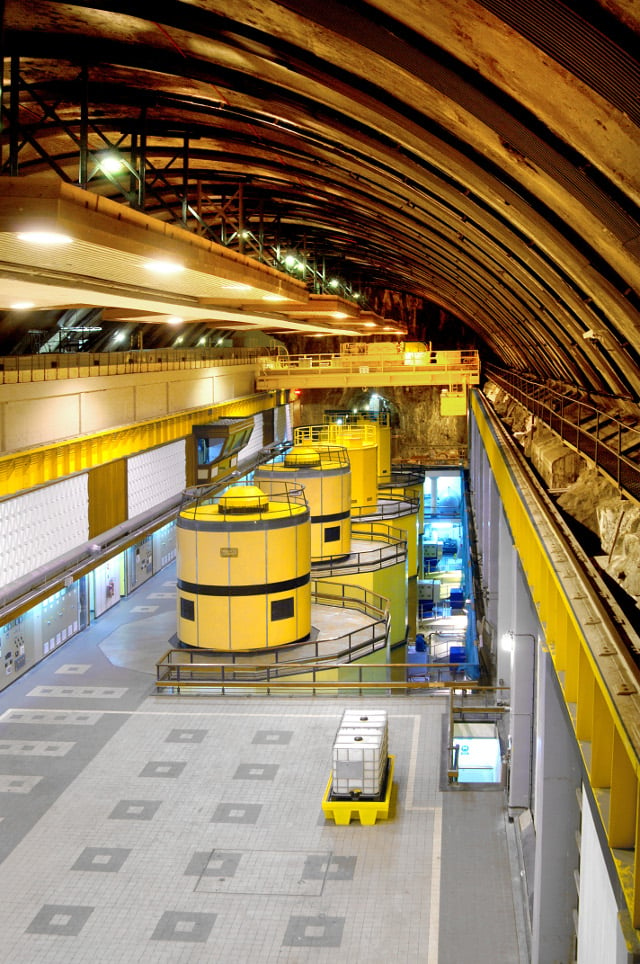 The yellow cylinders are the starter, or "pony" motors. The turbines are underneath.

The 15 men who died underground are commemorated in a carved tribute affixed to the side of the machine hall. Visitors aren't allowed in the machine hall itself, we just look down from a viewing gallery high in one end, and photographs are forbidden for fear terrorists could make use of them, so you'll have to take our word for it that it's bloody big in there.

A good deal of the time the turbines sit idle, but when power is demanded they can be spun up in less than two minutes, under a minute if the pony (starter) motor is already spinning.

As we return Ian tells us of the 'Tigers and the life they led, and that one of the deaths wasn't the accident it appeared to be: the chap who kept the gambling book managed to get himself crushed under a truck in suspicious circumstances.

Certainly they were hard men, and the lack of health and safety shortened the life of many more than the 36 it killed as the (now) traditional Irish ditty Crooked Jack reminds us.

But at least they got paid, unlike the prisoners of war who worked on the Loch Sloy (non-reversible) hydro electric scheme a decade earlier.

One tends to think of hydroelectric power as a modern conceit, when in fact Cruachan will soon be up for its Golden Jubilee - Ian is even trying to get some of the Tunnel Tigers back on site this October to record their thoughts ahead of the 2015 anniversary. 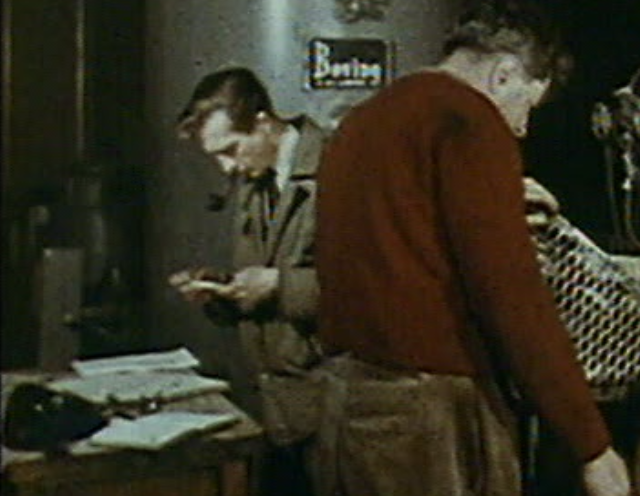 When men where real men, and boffins smoked pipes even when underground.
Still from Cruachan, The Hollow Mountain, National Library of Scotland

Back in the visitors' centre there are buttons to push and panels to read, courtesy of Scottish Power. Visitors, or their children, can turn a clock to see when power is used and read all about how Scottish Power will supply it - they even have one of their Smart Meters on display.

Having said that, the exhibition, and accompanying video, won't entertain for very long, and while the trip into the mountain is impressively brought alive by Ian's commentary, it lasts only half an hour.

A hike up to the dam isn't difficult, though you cannot set out from the visitors' centre (a short drive is needed) and the climb requires stout shoes and a tolerance for bogs. Walk Highlands has an excellent guide. 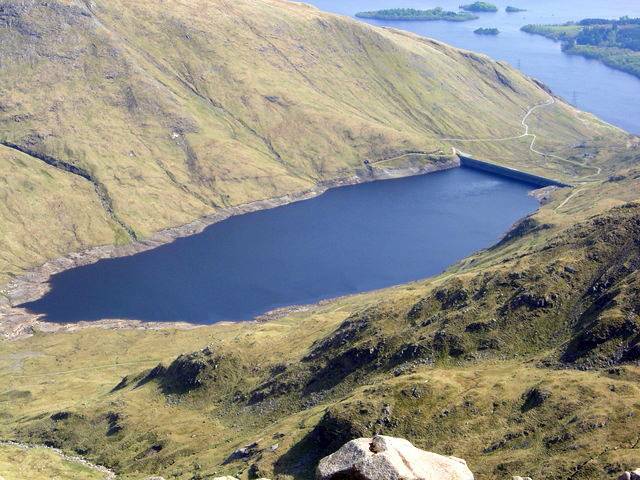 We didn't manage the walk, but James Hearton did and put his photograph under the Creative Commons Licence.

But for the lazy, or offspring-encumbered, the Cruachan power station is more of a marvellous place to stop for a long lunch than a destination in itself. Makes for a very interesting lunch though, and the food isn't bad either.

By car: Cruachan Visitor Centre is on the north bank of Loch Awe, 19 miles east of Oban on the A85. By train: to Falls of Cruachan station 200 metres away, with services between Glasgow and Oban.

Adults: £6.50, senior citizens/students: £5.50, children: six - 16 years £2.50, under six years are free.
Opening hours:
April - October: 9:30am – 4.45pm, 7 days per week.
November, December, February and March: 10am – 3.45pm, Monday to Friday only.
Closed in January.
Bookings for tours strongly advised; the train station - charmingly named Falls of Cruachan - might be occasionally closed for engineering or maintenance, so if you're travelling by rail, call ahead.