Give that annoying app the finger with new USB widget

Review Can such a small, silver and black gadget deliver all it promises? Talk to the device’s creator, Leap Motion, and it’s clear that plenty is indeed being pledged. The tiny box - at 79 x 30 x 10mm, it’s barely bigger than a disposable lighter - is called the Controller and it will help “break down the barriers between humans and technology to realise the potential of both” with its “incredibly natural way to interact with your computer”.

So says Leap Motion, at any rate. Me, I’ve yet to be convinced. 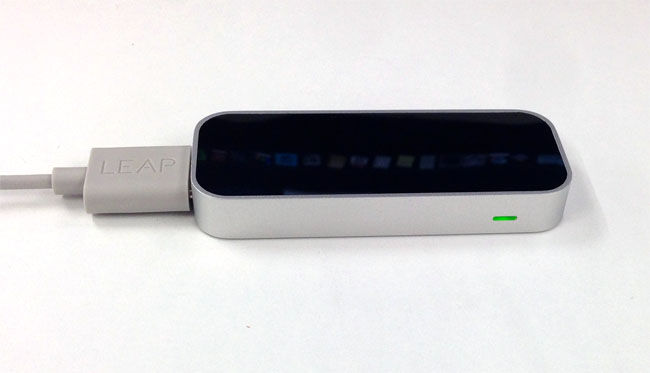 The technology is certainly impressive. The Controller contains a pair of cameras capturing 200 shots every second. Three infrared LEDs provide the illumination, helping the cameras to see all the parts of your hand and to detect even very tiny movements they make.

It’s not so very different from Microsoft’s Xbox accessory Kinect, but much, much smaller and focused. The Controller can get away with a more compact size because it’s designed for desktop use, whether it’s hooked up to a traditional tower or placed in front of a laptop. According to Leap Motion, the Controller keeps its electronic eyes on a what is essentially a hemisphere of just 60cm radius above and around its gloss-black plastic window.

Any hand movements made within that zone can be tracked by the Controller and interpreted as application control gestures. It’ll follow both of your hands separately and simultaneously as you move them up and down, toward and away from the screen, rotate them at the wrist, and wiggle, point and make circles with your fingers and thumbs. Crossing your two hands at the wrist confuses the Controller mightily, but pretty much anything you might do with a mouse, a trackpad, a joystick or a games controller can now potentially be done with this wee, USB-connected device.

But not, of course, without software. Out of the box, the Controller does nothing. You’re invited to download Windows or Mac software, but this only provides drivers, settings and calibration tools, and a basic demo app that shows how the Controller’s detectors can be used to model your hands in order to let you waft colour lights around the screen. 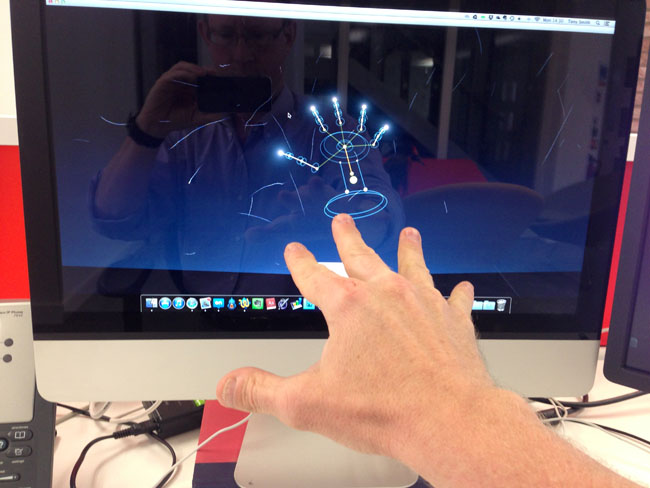 To do more than that, you’ll need to download Controller compatible apps from Airspace, Leap Motion’s new curated app shop. Apps are selected and acquired through the Airspace website, but are presented within a native Airspace launcher. Even Leap Motion’s own offerings are distributed through Airspace, including its free Touchless apps, which let you interact with Mac OS X and Windows using hand gestures and the Controller rather than a mouse.

Unlike Apple’s iOS App Store - but just the same as Apple’s Mac App Store - developers aren’t forced to distribute their Controller-enabled apps through Airspace, but the company hopes they will prefer to do so, the better to reach as many owners of the hardware as possible.

It’s essentially the old razors and razor blades model: the handle doesn’t cost much; it’s the sharp parts the manufacturer makes its money from. The Controller costs $80 (£52), but Leap Motion also takes a 30 per cent cut of whatever price a developer sells an app through Airspace. As Apple and Google have found, it doesn’t take long to rack up some tidy sums of money. Leap Motion’s offering is not a product you can just buy and use as you would a new mouse. Signing up with Airspace is effectively mandatory if you want to do anything more than mess with the bundled demo app.

The Controller, then, is kind of a loss-leader for Leap Motion. The company isn’t so much offering a gadget as selling software. The Controller is simply the low-cost hook that draws the punters in. Leap Motion’s business model is clearly based on its pitch to software developers: we have a user community you can sell apps to, but to sell to them you’re going to have to pay us. 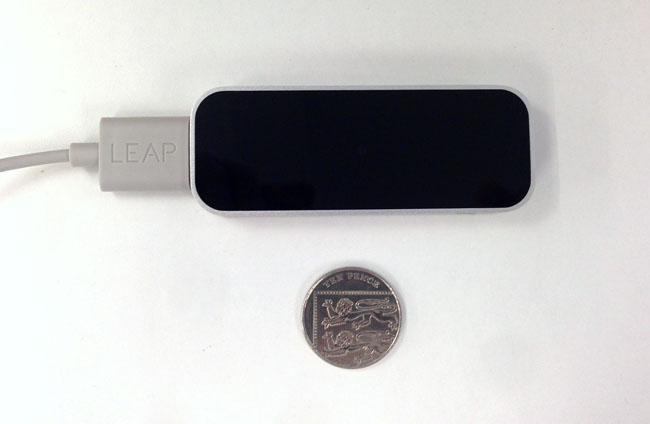 To be fair, it has to. It can’t develop all the apps itself, and there’s a lot less money to be made flogging hardware alone. But this is tricky chicken-and-egg stuff for a new business punting a new technology to manage. Can it grow its userbase sufficiently quickly to persuade developers to invest in the creation of interesting apps? And can it get enough developers producing engaging software to encourage punters to buy and use the Controller?

Airspace launched on 22 July and at that time it contained 67 apps, most cross-platform but perhaps a dozen tied to just one of the two supported OS platforms. It’s not an impressive selection. There are plenty of games to try, plus a fair few virtual theremin-type apps, but none that will divert you more than momentarily. Others are more technology demos than useful apps: attempts by developers to see how they might use motion control rather than apps that clearly benefit from it: AutoTrader magazine’s Driver’s View, for instance, or the Leap-enabled version of the New York Times.

There are a few apps that might actually be useful in Airspace, but do you really want to buy, download and use a whole new photo browser and catalogue application - I’m thinking of Pixite’s Unbound here - just to be able to waft through pictures with hand gestures? I might use gestures if they were added to apps I already use, but I’m not sure I want to pay for and transfer data to a new application solely so I can use a new control method. 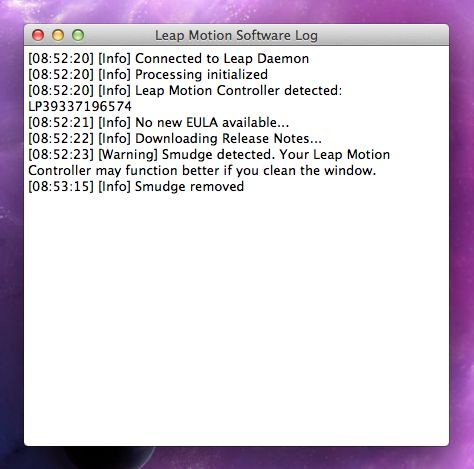 You need to keep it clean

Especially when, for all the technical sophistication of its implementation, the Leap Motion system suffers some fundamental, practical flaws. For a start, using the Controller is tiring. Simple Wii-style whack-the-ball 3D versions of Breakout are one thing, but using Leap Motion’s own Touchless to launch apps, select menu items, to move windows and scroll their contents requires a whole fresh bank of muscle memory to be learned and small, precise hand movements to be mastered.