What did the Romans ever do for us? Packet switching...

And the railways, morse code. Sort of

Feature These days, it would be hard to find anyone who doesn't take networking for granted given the ubiquity of the Internet. Yet without some clever coding and data management techniques the Internet would crawl, if it worked at all. Digital video guru and IT author John Watkinson examines the various applications for networks and gets into the noughts and ones of what we have today and what the future may bring.

Morse code relies on the statistics of English. The most common letters are E and T, denoted by a single dot and a single dash respectively. Compare that with J, Q, Y and Z, which are uncommon and get long patterns. Sending languages other than English in Morse code may be unrewarding.

Networks came in to being for the wielding of political power. The road network created by the Roman Empire was probably the first example that showed any scientific input. The roads were dead straight wherever possible and it was found that a horse pulling a light carriage was faster than one carrying a rider. A map of Great Britain still shows political main roads radiating from London and a scarcity of circumferential routes. 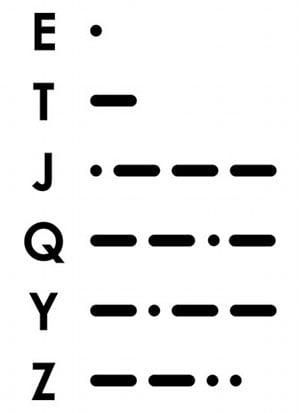 Morse code relies on the statistics of English. The most common letters are E and T, denoted by a single dot and a single dash respectively. Compare that with J, Q, Y and Z, which are uncommon and get long patterns. Sending languages other than English in Morse code may be unrewarding.

The next generation of network was the railway, whose requirements for signalling and timekeeping were met by emerging telegraph technology that led to the changeover to the country-wide use of Greenwich Mean Time rather than local solar time from sundials. The telegraph also led to an early example of compression. As the adjacent image shows, Morse code is a variable length binary code in which the most common letters in English text are allocated the shortest symbols. The principle is still in use, in, for example, MPEG coding.

It is hard to give a brief definition of a network. One of the identifying features is that it is a shared and distributed resource. Sharing and distribution has benefits and drawbacks and the success of networks illustrates that the benefits by and large outweigh the drawbacks. Etymologically networks share the same roots as fishing nets. The catch from fishing nets is shared and a broken strand does not stop the whole net working.

Suppose that two people need to communicate occasionally. They can do that with a single piece of wire between them which lies unused a lot of the time. That this is not a scalable solution can be seen by considering instead 16 people. Each one must radiate 15 lengths of wire that lie unused even more of the time. The traditional telephone networks overcame that problem by using less wire that was shared and used more often. The cost for each person to be connected to a shared network is clearly less. 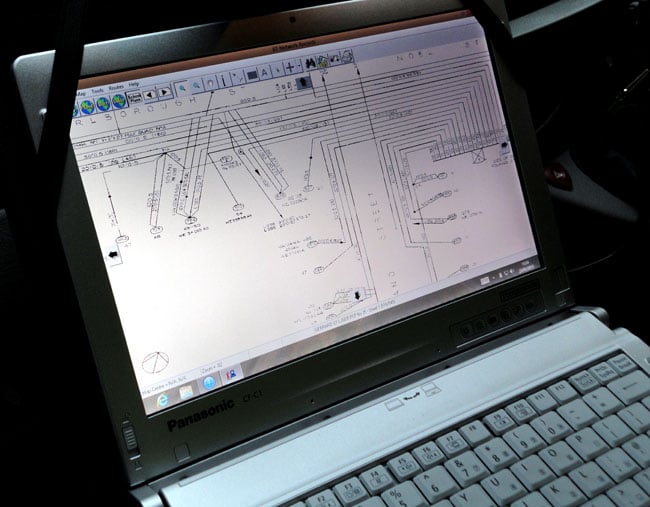 It's a wired world: BT Network Records is PDF database showing every access point in the country
Click for a larger image

The down side is that the shared system assumes diversity, which is the distribution of demand. It could not necessarily allow eight simultaneous conversations. The up side is that if the network was intelligently laid out, it would not be crippled by single point failures because there could be more than one connection between two points; so called redundancy or fault tolerance.

Different resources can be shared in a network. In the traditional telephone it was communication, whereas in an electricity system it is power. The UK National Grid is a true shared and distributed network with redundancy that comfortably pre-dates all IT networks. It was put to the test during WWII and contributed to the country’s ability to function despite heavy bombing.

In today’s different world that same grid continues to work well when supplanted by distributed inputs from photo-voltaics and wind power. It is hardly surprising that the Internet has its roots in networks developed for the US military that were also required literally to be bomb-proof. But then the whole of IT has its roots in military requirements, just as aviation does. 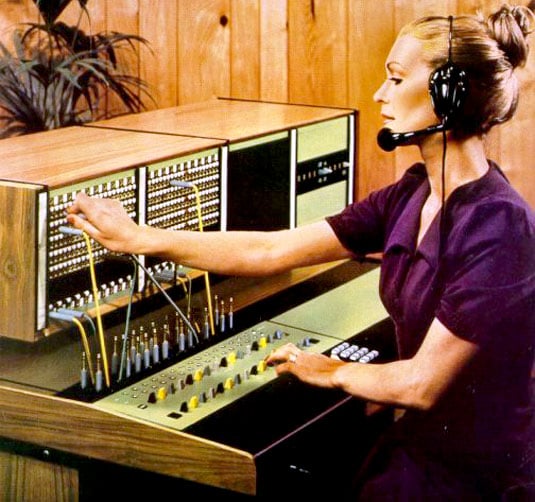 Whilst the traditional telephone used analogue signals, the development of digital technology led to methods to send data over communication channels. The hardware, or physical layer, could be copper, optical fibre or a microwave link. It was found that optical fibres have a number of advantages for long distance data transmission. They neither cause nor suffer from electrical interference and can thus be run alongside railway tracks and suspended with electricity supply cables.