Signing out of a broken Britain: The final Quatermass serial

Ley-ing it on thick with alien beams and hippie dreams

Kneale drew deep on preoccupations familiar in the 1970s. The Baader Meinhof gang, the 1973 oil crisis and the accompanying three-day week aren’t obvious inspirations. There are also echoes of Kubrick’s A Clockwork Orange and The Exorcist. The Planet People were initially modelled on the hippies, but Kneale was also inspired by Charles Manson’s Family. They’re really a full-on doomsday cult – which the world hadn’t yet seen in 1973: the Jonestown mass suicide took place while Quatermass was in post-production, the Heaven’s Gate Cult mass suicide was in 1997 and evangelical rapture belief is... ongoing.

Kneale suffered more than his fair share of cancelled projects in the 1970s, and must have grown weary of these, for the final Quatermass gets the weight of his own preoccupations. What might have been grown into fully fledged plays are incorporated into the four-hour series. 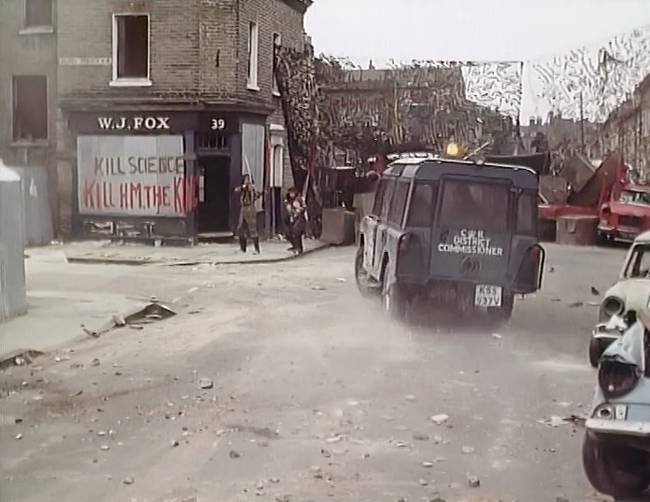 Britain through a windscreen: "Kill Science. Kill HM the King"

The satirical edge is sharper than ever. The utopian British bureaucrat – who thinks the Planet People are onto something, and can’t believe aliens would do anything beastly to us – also gets some fine lines:

“The planet?” asks the Professor.

You don’t have to go far to find wide-eyed utopian bureuacrats in Whitehall, desperate to the down with da’ kids.

Kneale doesn’t spare TV culture in his programme, either. “But Tittetty Bumpety is what they used to call a family show!” cries a mincing TV producer as his live broadcast is commandeered for an Anglo-American backchannel. The whole grotesque sequence – a Pan’s People dance troupe are doing something figurative with a giant inflatable banana – will leave you speechless. 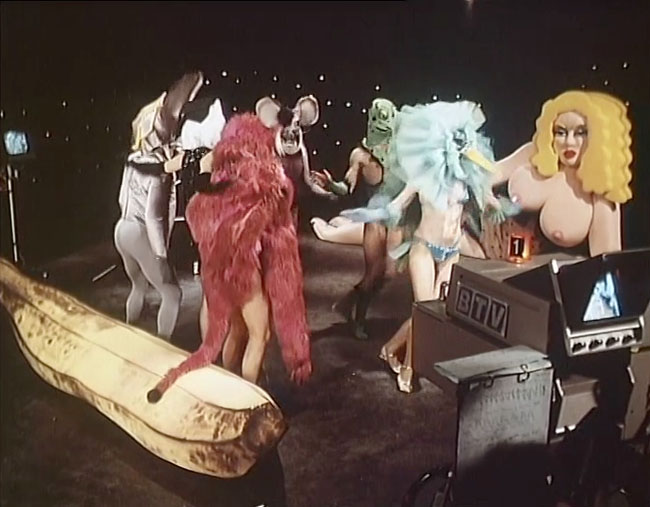 “It’s the only thing anyone watches any more!” Family entertainment, Tittety Bumpety

Keale’s fascination with ageing is expressed in a spooky and claustrophobic section where Prof Quatermass discovers every pensionable cockney character actor living underground in the same cellar – including, naturally, Gretchen Franklin (Ethel in Eastenders).

Not many 1970s film or TV completely avoided the modish production tricks of the era. Quatermass has a few montages and some sudden zooms of the kind that make Nic Roeg’s films unwatchable, but it largely escaped unscathed. The rasping electronic soundtrack, on the other hand, is often overpowering. While the score itself isn’t too bad - you can see what composers Rowley and Wilkinson were after at times, for example with the pizzicato as Kapp returns to his family home to find it destroyed - more subtle instruments would have been highly effective.

It was certainly a big-budget affair. Kneale professed he was surprised and pleased with the results: far more money was spent by Euston Films than originally envisaged by the BBC five years earlier. Much of it was shot outdoors, two large radio telescopes were constructed, and there are some impressive urban sequences. There’s a great panning shot of the professor's car as it trundles down a concrete ramp into a gloomy London with its skyline punctuated by tower blocks – the only things on the road are corpses. 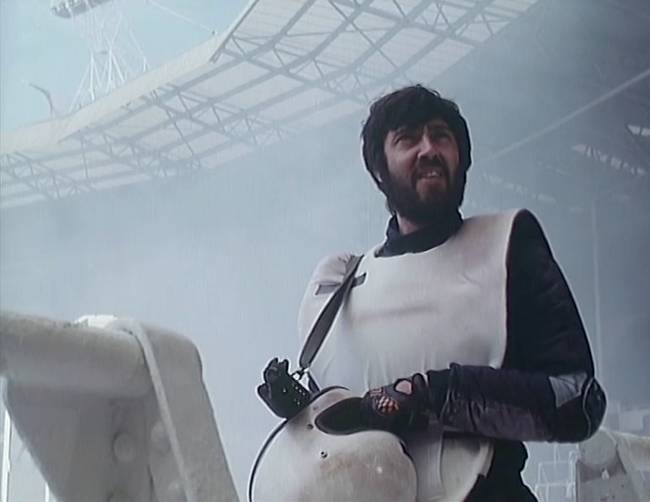 Space Commander Travis makes a cameo as a pay cop

On the other hand, Equity pay rates ensure that we only ever see about 17 Planet People in the series, even as the hippies become a mass movement with "thousands" turning up to a gathering.

Mills is excellent as the weary Professor Quatermass, although the late Simon Charles Pendered MacCorkindale makes for perhaps the most gentile Jewish scientist ever portrayed on the screen.

Quatermass drew a decade of dystopian TV drama – Doomwatch, The Survivors, The Omega Factor – and the franchise to a close in fine style. Kneale would briefly pen a few of scenes of backstory for an opportunistic BBC radio documentary about Quatermass, scenes that he later disowned. And that was that. 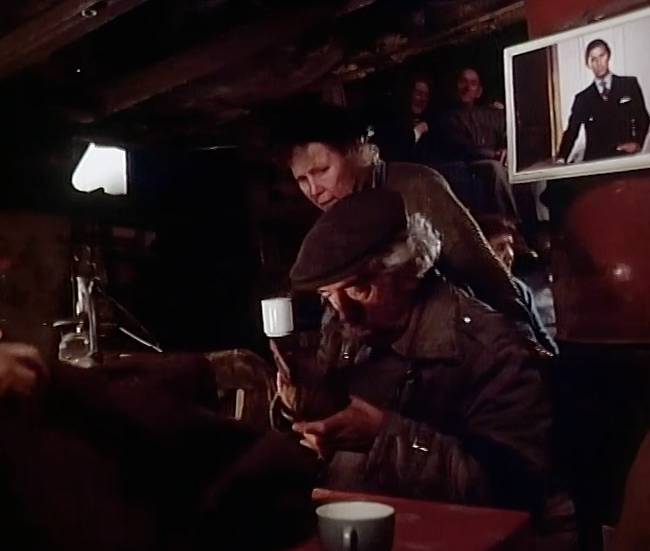 Pensioners are forced to live underground in the final Quatermass. Note the portrait of King Charles III

What had made Quatermass so gripping? Kneale’s sure hand must have been a factor, his storytelling giving the series both a sense of dread and impeccable pacing. But Kneale also credited the audience. It was willing to indulge the programme makers.

“You had an audience that prepared to co-operate, that already was halfway imagining things that they couldn't quite see perhaps. I think now we've got a much lazier audience, certainly an audience that demands, and has been given by every Spielberg epic, high-gloss definition without, very often, much content,” he told Andrew Pixley in an interview with fanzine Timescreen.

Now the audience expects it for free. 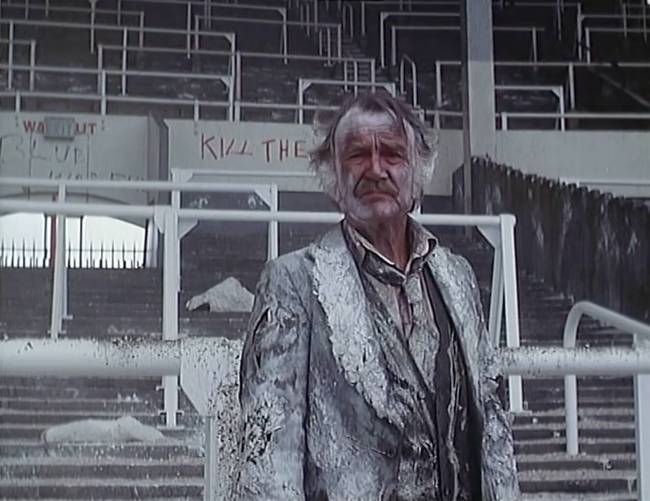 The Professor gets filthy, again

Thanks to Kneale’s supporters – at the BFI, which has reissued some of the original broadcasts and both The Year of the Sex Olympics and The Stone Tape on DVD, and novelist Mark Gatiss - he’s belatedly received a critical revival. It’s long overdue. As Gatiss points out, more lustrous names such as Dennis Potter readily fill the posh papers, but writers of sci-fi and horror don’t. In contrast to Potter, once Kneale realised he might be repeating the formula, he knocked it on the head. Catch them all. ®

Top tip: Using AI to detect alien civilizations is dangerous because if it spots anything, even just a blurry blob, people are going to go nuts

100 mysterious blinking lights in the night sky could be evidence of alien life... or something weird, say boffins