That capacity in SolidFire's SF9010 is after dedupe, compression and thin provisioning have been applied, and with the maximum of 100 nodes ganged together. The minimum node count is five. 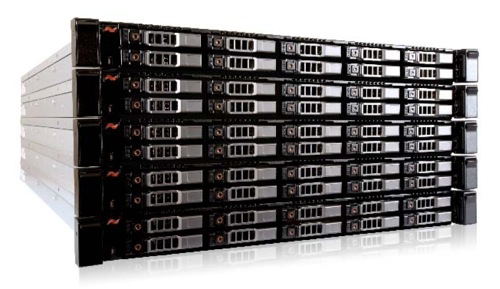 SolidFire claims a 100-node config delivers a lower $/GB value than disk-based SANs and offers 20 times the performance of such a SAN. This performance is delivered reliably to apps using the array through guaranteed quality-of-service arrangements. With this setup apps do not, SolidFire says, suffer storage access performance loss through "noisy neighbours" hogging excess bandwidth.

It's issued a chart showing that the IOPS and capacity levels of its arrays dwarf those of start-up competitors Violin and Nimbus Data, and also those of EMC's XtremIO, EMC, NetApp and 3PAR disk drive arrays. In effect it's saying it doesn't compete with any of these systems because they don't compete with it in its IOPS/PB capacity ballpark. 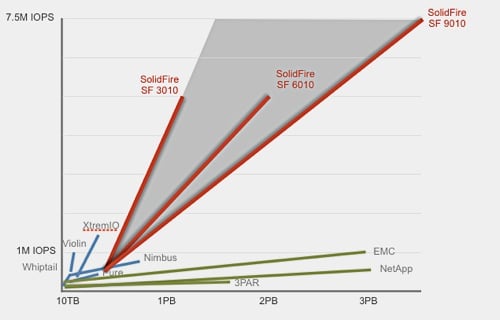 SolidFire has also announced a refresh of its Elements OS which provides:

Got thoughts on the online panopticon? The FTC wants to hear
Personal Tech11 Aug 2022 |

Black Hat Most organizations don’t have the financial resources necessary to address ransomware and other cyberattacks, BlackBerry says
Security11 Aug 2022 |

It can move without anything to push off from, but only via curved spacetime
Science11 Aug 2022 | 12

Black Hat The inside scoop on the Ukrainian IT army, and what could happen next
Security11 Aug 2022 | 1