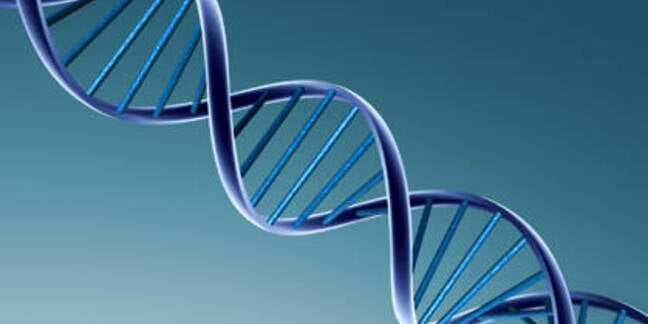 The largest-ever study of the male Y chromosome has shown that the so-called "Adam" – the most common genetic ancestor to modern humans – is much older than previously thought, which solves a troubling dilemma for geneticists.

Geneticists have spent a lot of time examining the genes of humans in the hope for finding what's popularly known as Y-chromosomal Adam and mitochondrial Eve; the oldest individuals with whom a direct genetic link is shared by modern humanity.

The oldest Eve is thought to have trod Africa's dusty savannah an estimated 99 to 148 thousand years ago, but Adam was only 50 to 115 thousand years old, it was thought – and that's quite an age gap. Now a full analysis of the Y chromosome data in male populations around the world shows the oldest swinger in town was most likely spreading his seed between 120 to 156 thousand years ago.

"Dogma has held that the common ancestor of human patrilineal lineages, popularly referred to as the Y-chromosome 'Adam', lived considerably more recently than the common ancestor of female lineages, the so-called mitochondrial 'Eve'," the paper states. "However, we conclude that the mitochondrial coalescence time is not substantially greater than that of the Y chromosome."

The research sequenced the complete Y chromosomes of 69 males from seven populations of the Human Genome Diversity Panel from around the world, and two that have remained exclusively African – San (Bushmen) from Namibia and Mbuti Pygmies from the Democratic Republic of Congo.

The research also found a surprising amount of genetic diversity in the Y chromosome, including 11,640 single-nucleotide variants on the male theme, much higher than previously identified. It's a measure of how far genetic science is advancing that teams can now affordably sequence in this level of depth.

Y chromosomes change relatively little over the millennia, and the team was able to used an archeologically established point – humanity reaching the Americas around 15,000 years ago – by comparing the genetic data from the two populations. This was used to establish a "molecular clock" of genetic change in the Y chromosome.

So, did our genetic Adam and Eve ever lock eyes across a crowded cave, exchange a few pleasantries, and then have a fumble under the furs to spawn modern humanity? Almost certainly not, but they did have a lot of offspring that we can backtrace using genetic sequencing, so it's likely they were somewhat frisky.

As techniques evolve, we're likely to see changes in the age of the hypothetical Adam and Eve. Some recent research suggests we may be able to trace things back as far as 580,000 years ago, and researchers expect there'll be similar date shifts backwards for Eve as techniques improve.

There is another explanation however, and one that over a third of US citizens appear to believe.

This position states that the Earth and everything in it, indeed the entire universe, is under 10,000 years old, and that geologists, biologists, physicists, chemists, archeologists, and geneticists just haven't understood that God has a pretty twisted sense of humor when it comes to selecting who gets through the Pearly Gates. ®

What are chromosome abnormalities and how often do they occur?

A dip into the gene pool

What is the difference between a chromosome and a gene?

The basis of all life

All men are part of a PURE GENETIC ELITE, says geno-science bloke

Something to be smug about over the weekend, guys

Sociology student gets a First for dissertation on Kardashians

The condensed version... Klan K not doing much to help women. Or anyone really

HPC kids battle each other... oh, and tussle with the world's fastest supercomputer

HPC Blog Cold, hard cash and cred up for grabs