China has another go at rare earth dominance

First exchange will 'stabilise the market' as crackdown targets 'smugglers' 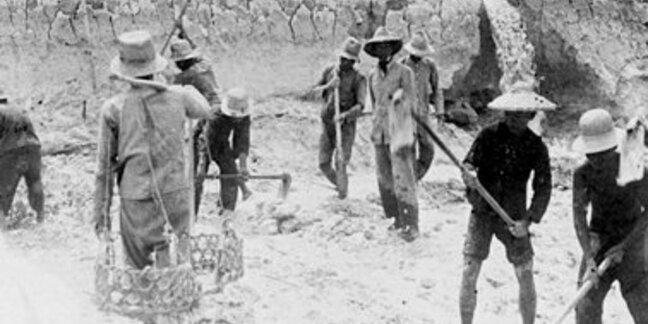 China's having another go at controlling the world's market for rare earths, the substances essential to the manufacture of many high technology goods.

China claims it has more rare earths in the ground than any other nation, and has been reluctant to export them in large quantities. Many have interpreted that behaviour as an attempt to get the laws of supply and demand running in its favour, by pushing up prices.

But the Middle Kingdom hasn't found that strategy works very well, as other nations rushed to get their own rare earth mines up and running. The global economy's malaise didn't help either, and China Daily now reports smugglers and illegal mines have also been problematic. Whatever the causes, the effects have been falling exports and production, not quite what China had in mind when it realised it had more-or-less cornered the market.

The paper's also reporting that “wild price swings of the resources have had a negative effect on Chinese producers” and that the nation's first rare earths exchange will open in October with a mission to control prices and smooth out bumps in supply and demand. A crackdown on rogue operators is also under way, to further regulate the industry.

Whether these initiatives help China remains to be seen, but give the nation's last attempts at controlling its rare earths industry saw the rest of the world cry foul and bring in the World Trade Organisation they'll doubtless be closely scrutinised. ®