Google: Cloud users have 'no legitimate expectation of privacy' 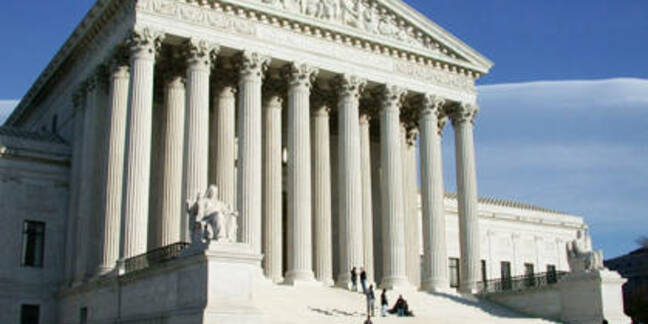 A motion to dismiss filed by Google in a court case last month has offered some juicy quotes about the company's privacy policy, but legally it looks like the Chocolate Factory is in the clear.

"Indeed, 'a person has no legitimate expectation of privacy in information he voluntarily turns over to third parties.'"

The filing stems from a class action lawsuit filed against the company over its scanning of emails to build personalized advertising that pays for Gmail. The plaintiffs sued on the grounds that this violated the Federal Wiretap Act and California's privacy laws.

"Google has finally admitted they don't respect privacy," said John Simpson, privacy project director of Consumer Watchdog, the non-profit that publicized the court motion. "People should take them at their word; if you care about your email correspondents' privacy don't use Gmail."

Consumer Watchdog has been a vociferous critic of Google over the last few years, filing objections to the Chocolate Factory's use of data and the extent of its business. You may remember them from such previous activities as accusing Larry Page of hypocrisy and calling Google Glass "a voyeur's dream come true" at Google's last shareholder meeting.

When you read through the full filing, however, it turns out that Google's assertion is legally correct. In 1979, the US Supreme Court considered the case of Smith v. Maryland, appealing the use of a wiretap on a telephone, and they ruled that:

Since the defendant had disclosed the dialed numbers to the telephone company so they could connect his call, he did not have a reasonable expectation of privacy in the numbers he dialed.

Google is making the same argument when it comes to keyword searching for advertising, and the law is on its side; the Electronic Communications Privacy Act allows such indexing. It's doubly covered because indexing is included in Gmail's terms and conditions.

But the fact is that almost no one reads the terms and conditions, including a lamentably large section of IT services decision makers. If you're going to get third-party email providers to handle your communications, then you've got to expect a lower level of privacy than if you do the job yourself.

Still, the quotes come at an awkward time for Google. On Wednesday it extended the search personalization and voice recognition it has been using in Google Now to include all logged-in internet searches.

"Over the next several days, we’ll be rolling this out to all U.S., English-speaking users on desktop, tablet and smartphone, with voice search (so you don’t have to type)," said Google product manager Roy Livne.

Ask your Google app "What's my schedule?" and it will crawl through your Gmail, Google+ and Calendar settings to find the answer, using just the kind of search techniques mentioned in the lawsuit. In this case, however, the Chocolate Factory is including an off button. ®