Near misses and lucky escapes for a multi-billion-dollar baby 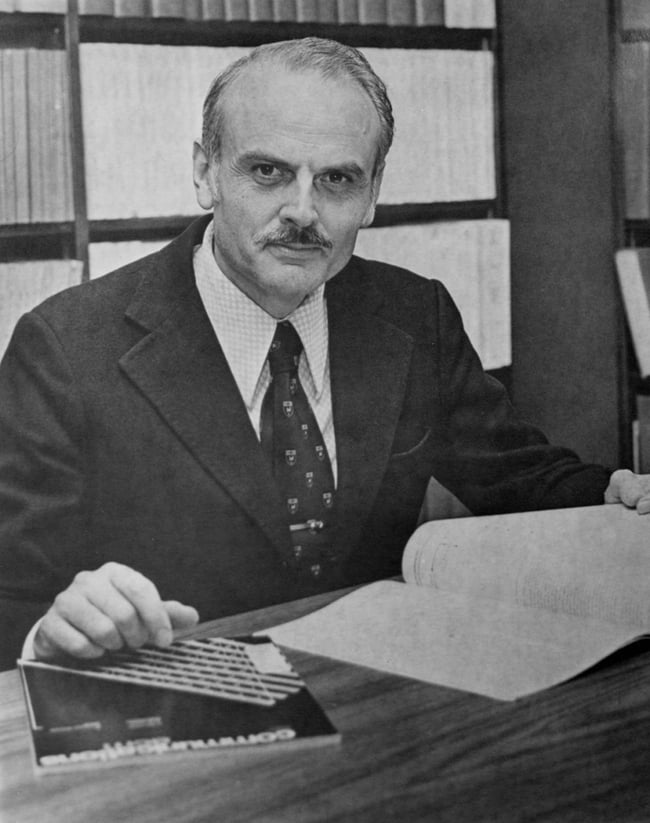 Fortunately for us, others weren’t so flat-footed and relational was snatched from the jaws of defeat by those outside of IBM.

The two people who saw relational's potential were a Berkeley comp sci assistant professor and later serial entrepreneur called Michael Stonebraker – who built Ingres – and an obscure salesman named Larry Ellison, who first had a crack at RDBs at Software Development Laboratories (which later became Relational Software Inc and then Oracle). Both saw the opportunity, and they jumped in with their own relational database products.

The glory years were the 1980s and 1990s, when data was simple and structured, and the market was inflated by the explosion in the personal computer. On the back of PCs there were servers and storage, and with the creation of data came need to cleanse, analyse and understand that data – it was the time of business intelligence and of the data warehouse.

SQL was ratified as a vendor-neutral standard with the American National Standards Institute (ANSI) in 1986 and six years later saw publication of what’s considered the breakthrough SQL spec, which managed to fill a number of gaps.

Relational blossomed as it sucked on the data of the time: sales numbers, customer stats – text-based information. Relational imposed a rigid structure, but within it was the freedom and fluidity that everybody needed.

As the 2000s approached, relational faced its next challenge: unstructured and non-text-based data – audio, video, graphics – plus the desire of corporate folk to quickly retrieve, serve and understand that data on a huge scale.

SQL was judged too slow thanks to its centralised structure, and a new movement gave birth to NoSQL – databases that use a key value to describe an object and which are therefore known as key-value stores.

Key-value stores are capable of recognising non-text data – music, video, graphics and so on. These stores include Cassandra, Cloudant, CouchDB, SimpleDB and Google AppEngine DataStore.

The use of NoSQL has become widespread thanks to the rise of users like Google, Amazon clouds, Facebook, LinkedIn and Twitter, which serve and store huge amounts of unstructured data using distributed servers.

On the eve of the anniversary of Codd's birth, NoSQL advocates will gather not far from where Codd worked in San Jose, California, for NoSQL Now!.

But for all its advantages there are problems.

There’s no common NoSQL standard: you build on a database-by-database basis. The databases have either been developed by big companies or by database and programming whizzes and are still growing up in terms of their ease of use and management for ordinary end users.

Also, having eschewed SQL, many of first-generation NoSQL data stores voluntarily surrendered the ACID properties that are the hallmarks of relational and made it so suited to business.

But later NoSQL startups have re-embraced the faith.

The relational database providers, meanwhile, have responded. They've sped up their databases employing ideas such as memory processing using caching instead of disks for greater speed while adding support for non-relational architectures like Hadoop – the non-Google spin on BigTable.

On the 90th anniversary of Codd’s birth, his baby is big. Yet, as is characteristic with its birth, relational faces uncertainty.

Such is the health of relational that Oracle, IBM and Microsoft's are all growing – with even enterprise-resource-planning software-maker SAP now claiming its own relational business based on in-memory system Hana. And with so much relationally stored data now in existence, Codd’s technology is safe for at least until the 180th anniversary of this birth.

But change, as always, is inevitable.

As Michael Stonebraker, whose latest venture is a Big Data analytics punt with the SciDB NoSQL database, told me in 2010: “In the 1980s, the 'answer' was if all you wanted to do was business data processing, then it was relational databases.” Trying to stretch relational today, though, is an "unnatural act". ®

* Yes, we know Wikipedia says Codd was born on 23 August, 1923, but his Turning Award entry, here, says it was 19 August. The Reg checked with his former employer IBM whose archives department got in touch to say their files had 19 August. We'll go with that over Jimbo Wales... and consider it a warning Wikipedia's veracity.