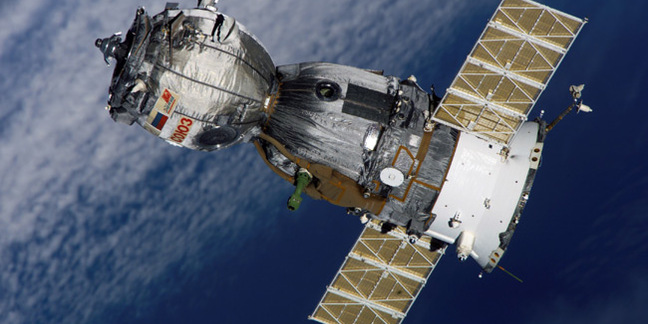 Back in July, Italian astronaut Luca Parmitano went for a spacewalk from the International Space Station.

The sortie broke a record for the shortest spacewalk of all time because his helmet filled with water, leading to a swift termination lest he suffer the bizarre fate of drowning in space.

Parmitano's now blogged details of the experience and his musings make compelling reading.

He starts by recounting the preparation for the space walk and its early stages. All goes well until “The unexpected sensation of water at the back of my neck surprises me – and I’m in a place where I’d rather not be surprised.”

The water keeps coming and before long Parmitano faced the following dilemma:

“The water covers my nose – a really awful sensation that I make worse by my vain attempts to move the water by shaking my head. By now, the upper part of the helmet is full of water and I can’t even be sure that the next time I breathe I will fill my lungs with air and not liquid.”

Think that's scary? Here's the next section of his post:

“To make matters worse, I realise that I can’t even understand which direction I should head in to get back to the airlock. I can’t see more than a few centimetres in front of me, not even enough to make out the handles we use to move around the Station.”

Parmitano struggled to come up with a plan to escape, but it's not a good one:

“The only idea I can think of is to open the safety valve by my left ear: if I create controlled depressurisation, I should manage to let out some of the water, at least until it freezes through sublimation, which would stop the flow.”

“But making a ‘hole’ in my spacesuit really would be a last resort.”

The post is a fine piece of writing, so we won't spoil it by recounting it blow by blow. Suffice to say Parmitano makes it back to the ISS alive, enters an airlock and survives his ordeal.

“Space is a harsh, inhospitable frontier and we are explorers, not colonisers,” he concludes. “The skills of our engineers and the technology surrounding us make things appear simple when they are not, and perhaps we forget this sometimes.” “Better not to forget.” ®

In space, no one can hear you scream... with frustration