Archaeologic Chris Shelton is not well known today, yet the British microcomputer industry would have been a very much poorer place without him.

Never as famous as Sir Clive Sinclair, with whom he worked in the past; Acorn’s Chris Curry, Herman Hauser, Steve Furber and Sophie Wilson; or even Tangerine and Oric’s Paul Johnson. Nonetheless, Shelton played a major role in the evolution of UK microcomputers.

He not only designed what is arguably Britain’s first home-grown home computer, the Nascom 1, but he also devised and built what may be the first truly modular, multi-user personal computer system, the Sig/Net. He was also the mind behind one of the most innovative microprocessors ever developed. 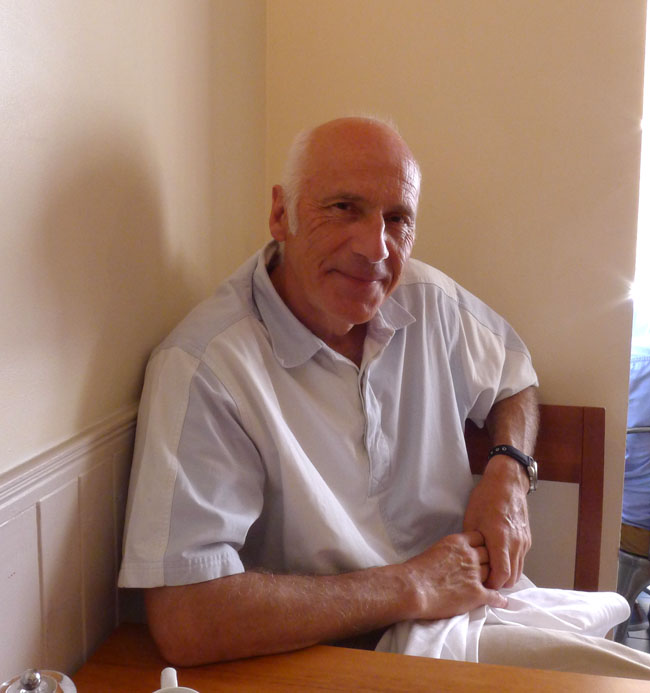 Shelton graduated from London’s Imperial College in the late 1960s with a degree in engineering. He stayed on at university, shifting his emphasis to medical engineering, then overseen by the college’s Medical Physics department, for which he was subsequently awarded his master's degree and, later, his PhD. With these qualifications under his belt, he was offered a full-time position in the department.

But Shelton had an entrepreneurial streak, and the idea of staying in academia no longer appealed to him as much as it once had. Designing new techniques and new technologies was all very well, but unless they were taken to the next stage and put into production, they were not going to help people. He realised he not only wanted to design things but make and sell them too.

So, in the early 1970s, he founded Shelton Instruments to do just that. Operating in the main as a design consultancy, SI’s early work was provided by Shelton’s academic connections. He created various devices with medical and science applications, many of them based on the new microprocessor technology. Back then, chip maker Mostek had its Europe headquarters just round the corner from Shelton’s office in London’s borough of Islington.

SI quickly became known for its work with microprocessors and microcontrollers, especially the Fairchild F8, which Mostek had licensed and integrated from a two-part chipset into a single CPU, the 3870. SI did work for word-processor hardware company Data Recall and many others.

Marshall had built up Nasco - short for the North American Semiconductor Company, which, despite its name, was British - as a distributor of US-sourced semiconductors and other electronic components in the UK. He frequently travelled to the States to meet his American suppliers and, in the mid-1970s, saw at first hand the explosion of enthusiast interest in the microprocessor and the personal computing devices the new chip technology was making possible. He was struck by the huge number of user groups and clubs being founded across the nation. In particular, he saw how component suppliers were actively engaging with this new community in order to encourage its members to buy more kit.

He wondered how this business model might be established back home in the UK. Over here, however, there was almost nothing in the way of a computing enthusiast scene. There was no shortage of electronics and wireless buffs, and some were beginning to tinker with microprocessors, but as yet no group of hobbyists specifically keen on computer technology had really begun to form.

As one Marshall’s colleagues, Kerr Borland (MD of Nasco-owned Nascom Microcomputers), would write in the first issue of Personal Computer World in 1978: “The electronic hobbyist in the UK has been left out in the cold. His spending power is far less than that of his American counterpart. The fall-out of products or peripherals from our highly specialised electronics industry is minimal.

“The American hobbyist scene has developed a long way... The clubs are not only well organised and well attended but have become forums where the small and medium, and even the large American electronics manufacturers feel the need to be represented... What do we have in the UK? We would suggest, virtually nothing.” 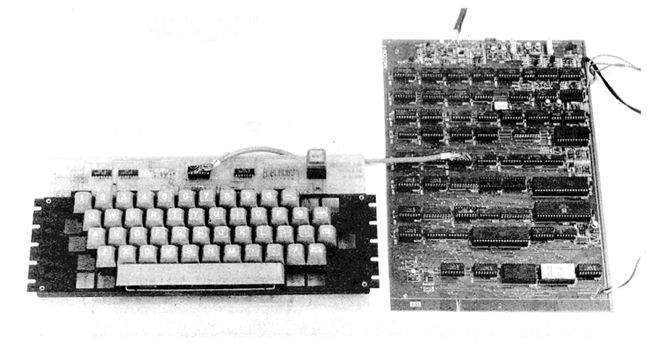 If there was no home computing scene in Britain, Marshall would have to create one. To that end, he decided to make and sell a small personal computer, priced at under £200 to make it accessible to as broad a range of buyers as possible. He knew Chris Shelton through his microprocessor distribution business, which worked with Mostek, as did Shelton. So Marshall approached Shelton to design the computer, which would debut in the autumn of 1977 as the Nascom 1.

The only restrictions imposed by Marshall upon Shelton: to make use of devices the user might already own, or could buy cheaply, for storage and display, specifically a cassette recorder and a TV. He was also told to make the computer capable of running the BASIC language and to meet that crucial £200 price point.

During the summer of 1977, Shelton set to work. He chose the Mostek MK3880, a licensed version of the Zilog Z80, as the Nascom’s processor, the result of a chance encounter with Bradford University post-grad student Paul Johnson, who went on to found Tangerine and, later, Oric. Johnson tipped Shelton off to a trick that allowed the Z80’s Non-Maskable Interrupt (NMI) facility to be used to synchronise the display signal and video memory refresh, saving him the cost of a separate chip. Why Mostek’s version rather than Zilog’s own? Mostek was just around the corner.

It has been claimed that the Z80 was selected because Nascom’s John Marshall had a commercially advantageous supply deal with Mostek. More than 35 years later, Shelton doesn’t recall whether that was the case, but he certainly admits that many of the Nascom’s other chips, including the Mostek MK3881 PIO, were chosen because they were the ones Nascom had in stock.

Next page: Designing the Nascom 1
Page: