MIDI daddy Dave Smith: '30 years of version 1.0 shows we got it right'

Q & A The Musical Instrument Digital Interface (MIDI) specification is 30 years old this month and it's still on version 1.0. More to the point, it still works – with more people using it than ever. In this interview, Dave Smith talks about MIDI past, present and future.

It was the combined efforts of Sequential Circuits founder Dave Smith in the US and Roland Corporation founder Ikutaro Kakehashi in Japan that started the initiative. The result became an enduring standard with no ownership to cloud the issue of adoption. 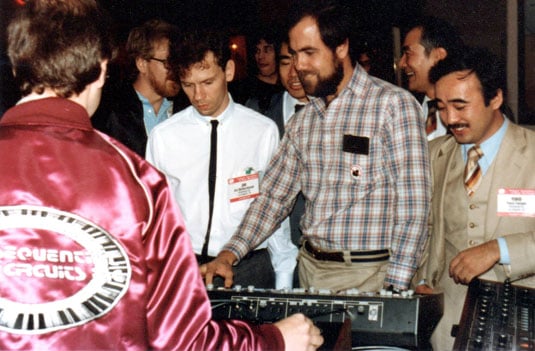 Both men shared a passion for instrument design, which enabled their work to be so meticulous that, in one way at least, they spoke the same language. Yet communication wasn't as straightforward as an email back in the early 1980s, so how did this collaboration work?

Dave Smith: "We worked via fax: Sequential in the USA and Roland coordinating in Japan. And [there were] a couple of meetings along the way, in Japan and California."

El Reg: The DIN plug on MIDI has two spare pins: was using them ever considered? Bi-directional MIDI? DIN Sync Clock? Power? Audio? Perhaps the latter two wouldn’t be practical given the opto-isolator, but were options discussed?

Dave Smith: "There were talks, but nothing serious. And once it was established, it would have been a problem to add anything to the pins."

El Reg: I notice that you have stated on many occasions that MIDI communication is fast enough, it’s the implementations on equipment that are frequently the problem. It seems MIDI gets blamed for the sins of cost-cutting or poor synth design sometimes – for instance, a lack of interpolation or filtering to smooth out control data. What do you consider the biggest crimes that are attributed to MIDI but which are actually poor synth/controller design?

Dave Smith: "The speed issue has always been the main complaint. Early on, sluggish processors were the problem, not MIDI, since voice counts were low. As more voices were added, speed could be an issue. Controller information can be throttled as necessary, with filtering/interpolation on the other end, as you mention. Now that MIDI is often virtual in the box or over USB, these issues are less important."

El Reg: Did you have much input on General MIDI? As someone whose passion is sound creation, does this preset palette seem a bit conservative or do you feel it to be a convenience worth having – as the MIDI File spec had been released a few months before?

Dave Smith: "By that time I was not involved. After getting MIDI started, I backed out of all follow-up and support. And yes, I had no interest in GM!"

El Reg: There have been several attempts to incorporate MIDI into other systems, for instance, Yamaha’s mLAN. Would you attribute its demise to its proprietary nature, the data interface chosen, manufacturer's whim or some other reason?

Dave Smith: "It’s all about critical mass. It’s necessary to get the right group of companies to agree on an implementation, as we did the first time around. It will be very difficult for a single company to convince any other company to implement their protocol."

El Reg: OSC (Open Sound Control) is often talked about, but from its website's information, it seems rather technical for mainstream adoption. What are your thoughts on this protocol? Something else to dabble with or a worthwhile system in the making?"

Dave Smith: MIDI works because it’s simple and free... which led to it being ubiquitous. Which there is clearly a need for more advanced features, the reality is that a small percentage of users would take advantage of them. MIDI still covers 95 per cent of a typical user’s needs." 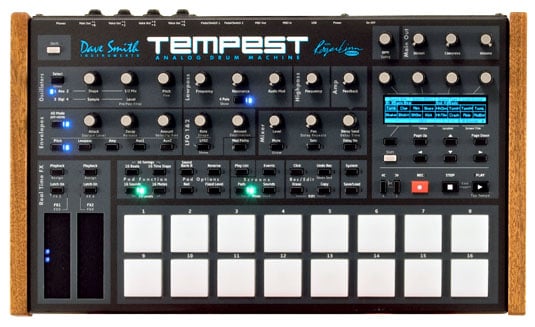 Sequential Circuits is no more but Dave Smith Instruments continues many of its traditions and ideas. The Tempest is an analogue drum machine with design input from Roger Linn

El Reg: The MIDI Manufacturers Association (MMA) site mentions the HD Protocol for musical instruments (next generation MIDI), which seems like a massive undertaking given the range of potentially interested parties. It’s a completely different scenario from MIDI’s roots, yet from your past experience what advice would you give to those trying to establish an enduring spec?

Dave Smith: "Keep it simple and cheap to implement, and do whatever you can to get a good core group of companies to join. If you could get Korg, Roland, Yamaha, and maybe Nord, Access, Moog, and a couple more companies to agree, that would be enough."

El Reg: Beyond the MMA statements, is there anything more you can say about HD MIDI? It’s been talked about for quite some time and apparently demo’d earlier this year.

Dave Smith: "I really haven’t looked into it enough to comment. We’re a tiny company, and happy with normal MIDI and USB. If/when something becomes a new standard, we’ll check it out then."