Boffins have found fresh evidence for the existence of the new, super-heavy element ununpentium, known to gamers as the element found in meteorites in games like Call of Duty and Tomb Raider. 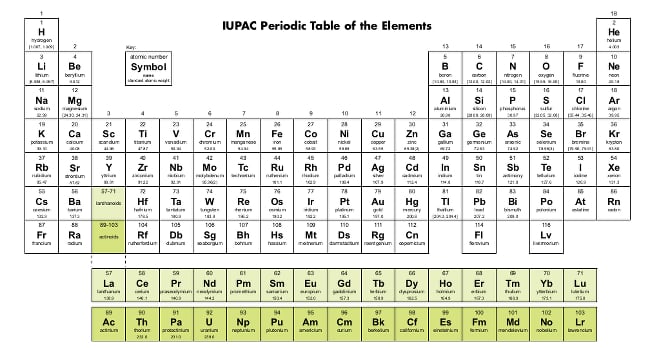 The element with atomic number 115 has no official name yet, but its temporary moniker is ununpentium (temp symbol Uup) after its atomic number. It's one of the heaviest elements detected to date and doesn't occur naturally. Scientists have synthesised it by bombarding a film of the heavy element americium with calcium ions.

Ununpentium was first detected by a team of Russian and American scientists in 2004, but their evidence was insufficient for the element to be officially recognised. Now, boffins from Lund University in Sweden have been able to measure photons in connection with the element's alpha decay. The experiment found certain energies of the photons agreed with the expected energies for X-ray radiation, providing a "fingerprint" of the element.

“This was a very successful experiment and is one of the most important in the field in recent years”, said Dirk Rudolph, professor at Lund's division of atomic physics.

Ununpentium sits in a field of theoretical elements with atomic numbers from 113 to 118 and has proved popular with science fiction enthusiasts and conspiracy theorists. The latter have claimed that the element actually comes from UFOs, rather than being created in labs, while the former have used it as a fictional source for weapons in computer games.

The element is unlikely to prove very useful though, since it's highly unstable and has an extremely short half-life – under 200 milliseconds.

New elements are traditionally named by their discoverer, which would give Sergei Dmitriev from the Flerov Laboratory of Nuclear Reactions the honour of naming ununpentium if it's officially added to the periodic table.

The most recently added new elements were livermorium, which has the atomic number 116, and flerovium, atomic number 114, both officially named in May 2012. The elements were discovered by the same collaboration that first detected ununpentium, that of the Flerov Lab with the Lawrence Livermore National Laboratory in California.

The full study of ununpentium will be published in the Physical Review Letters. ®