A mother and daughter have been jailed for over a decade apiece after pleading guilty to money laundering for an internet dating scam that persuaded the gullible that they were helping US troops in search of love. 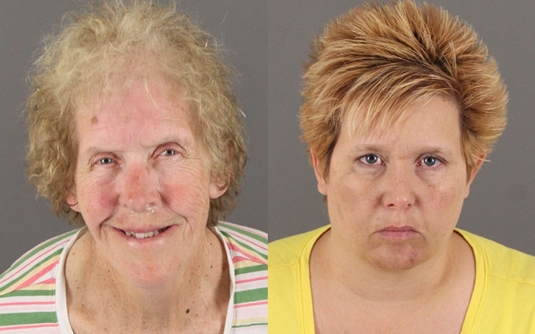 Karen Vasseur, 63, and daughter Tracy, 42, were part of a gang that spent three years searching dating sites and social networks for likely targets. Other collaborators posed as members of the US military overseas and persuaded dupes to send them money, supposedly for satellite phone calls, customs fees, and for travel so they could meet their imagined paramours.

For smaller amounts of cash, the scammers persuaded their victims to use Western Union or MoneyGram, but larger transfers would have attracted attention from the companies' anti-fraud systems, so the Vasseurs were recruited to set up bank accounts to receive funds.

Posing as military agents, the two accepted over a million dollars (one British victim sent in $59,000) before funneling it to the scam's organizers for around 10 per cent of the take.

The two set up 68 accounts in 19 different cities using 24 aliases to handle the transfer of funds and sent the bulk of the money to individuals in Nigeria, who set up the operation. Money was also wired to addresses in the UK, Ecuador, India, the United Arab Emirates, and the US, none of which has been recovered.

All the victims mentioned in the court papers were women, usually married, who had been conducting online dalliances with what they thought were male soldiers, usually claiming to be stationed in Afghanistan and with fake Army records to bolster their claims. Many of the women sent tens of thousands of dollars at a time to help these imaginary soldiers.

"Not only did this mother-daughter duo break the law, they broke hearts worldwide," said Colorado attorney general John Suthers in a statement. "It is fitting that they received stiff sentences for their unconscionable crimes committed in the name of love and the United States military."

Tracy Vasseur was sentenced to 15 years in prison for her part in the scheme. The authorities added an additional four years to her time in the Big House because she carried on transferring money even after being indicted, and also tried to influence a public official and take control of her children's inheritance.

Her mother Karen was sent down for 12 years plus five years of parole. She will also serve a 10 years sentence for a separate fraud in which she convinced at-risk adults to pay fees to free up a bogus Nigerian inheritance, but that sentence will be served concurrently.

The case shows that one of the oldest internet scams in the book is still going strong, and that the ringleaders are getting away with it. The Vasseurs weren't actually involved in duping the victims but were simply money mules, and the masterminds behind this operation are no doubt already finding new victims to fleece. ®