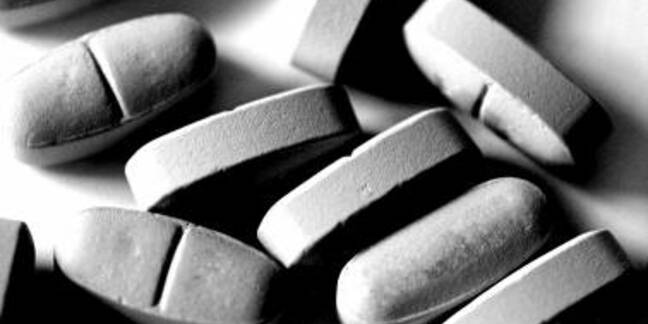 Just days after chopping sales forecasts for the PC market, analysts at IDC have taken the knife to shipment estimates for fondleslabs. Around 1.7 million fewer devices are expected to find a loving home this year.

Slabs are now under fire from larger smartphones, said IDC, but it is also expecting wearable web-surfing devices such as Google Glass to divert consumer spending.

The crystal ball-gazer now predicts that 227.4 million will fly out of web and bricks-and-mortar stores in 2013, down from 229.3 million previously projected.

Before any retailers panic – they are rightly a jumpy bunch these days – this sales volume still represents year-on-year growth of nearly 58 per cent.

"A lower than anticipated second quarter, hampered by a lack of major product announcements, means the second half of the year now becomes even more critical for a tablet market that has traditional seen its highest shipment volume occur during the holiday season," said IDC research director Tom Mainelli.

Pressure on average sales prices (ASPs) – which has already bitten Apple – declined due to smaller screen sizes and intense competition, is set to rise, the IDC man added.

"We expect ASPs to continue to compress as more mainstream vendors utilise low-cost components to better compete with the whitebox tablet vendors that continue to enjoy widespread traction in the market despite typically offering lower-quality products and poorer customers experiences," said Mainelli.

More mature markets such as Western Europe and North America – which up to now have driven much of the growth – will unsurprisingly start to slow first, said IDC, with real expansion coming from China. ®