Scientists at the South Pole have moved a step closer to figuring out the origin point of the cosmic rays which can damage electronics on Earth and zap astronauts in space. 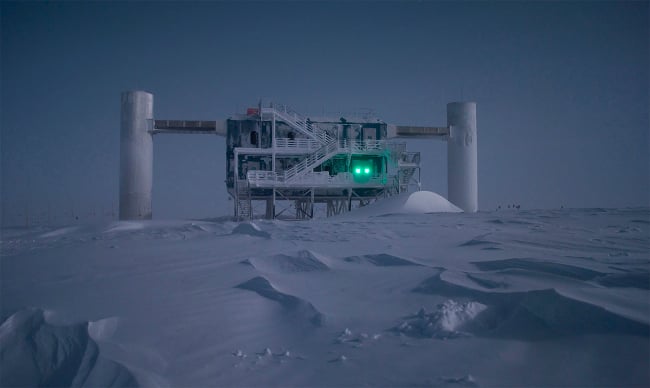 The origin of the high-energy particles has been baffling boffins for decades, but the latest study, which uses data from the IceCube Neutrino Observatory at the South Pole, has uncovered new information about the rays at the level where Milky Way particles transition to extragalactic cosmic rays.

In our universe, cosmic rays are known to reach energies over 100 billion giga-electron volts (10¹¹ GeV). The latest study covers the energy range from 1.6 x 10⁶ GeV to 10⁹ GeV, which is the interval where the transition from the rays in our galaxy to those produced outside is expected to occur.

Boffins already know that supernovae are one of the sources of cosmic rays in the Milky Way, while collapsing stars and active galactic nuclei far from our galaxy are believed to produce the highest energy particles in nature.

The new study, headed by University of Delaware physicist Bakhtiyar Ruzybayev, found that the cosmic ray energy spectrum doesn't follow a simple power law between the "knee" around 4 PeV (peta-electron volts) and the "ankle" around 4 EeV (exa-electron volts) as previously thought.

“The spectrum steepens at the 'knee', which is generally interpreted as the beginning of the end of the galactic population. Below the knee, cosmic rays are galactic in origin, while above that energy, particles from more distant regions in our universe become more and more likely,” Ruzybayev explained.

He found that the spectrum exhibits features like hardening around 20 PeV and steepening around 130 PeV.

“These measurements provide new constraints that must be satisfied by any models that try to explain the acceleration and propagation of cosmic rays,” he added.

The data used in the study was gathered at IceTop, a configuration that now consists of 81 stations over a square kilometre of the South Pole above the detectors of IceCube, which are buried a mile deep in the ice. The full study, “Measurement of the cosmic ray energy spectrum with IceTop-73” (the 73 refers to a configuration of 73-station-array), was published in particle physics tome Physical Review D. ®