Calls for Astroboffins to sift data, come up with bright ideas for future missions 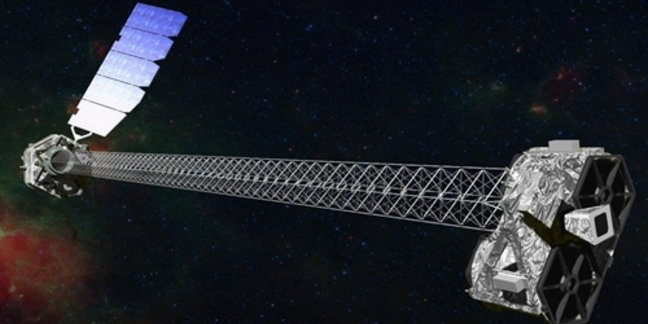 NASA has taken the wraps off its first NuStar data releases, releasing data collected by the X-ray observatory in July and August 2012.

The data release includes black holes – naturally enough, since that's one of the main aims of the NuStar mission – as well as X-ray binaries, supernovas, and blazars (active, supermassive black holes firing a jet in our direction).

The release comprises only completed observations, with NASA saying data for objects still under observation will be released at a later date. Public data can accessed here, and NASA says that by early 2014 the HEASARC archive hosting the data will have caught up with the available NuStar data.

The data release is partly designed to help astronomers design future proposals for observations using NuStar. The space agency notes that the first such opportunity will be in the coming northern hemisphere autumn in a joint NuStar/XMM-Newton observation run.

Europe's XMM-Newton, like NASA's Chandra, is designed for lower-energy X-ray capture, while NuStar looks for much higher-energy sources, courtesy of the 10 metre mast that separates its optics from its detectors, giving it a very long focal length and as well as making sure the mirrors offer just the right profile to the incoming X-rays.

Parkes, Narrabri slimmed down and SKA will have to do without a Chief Scientist

Gravitational waves provide key to some of the universe's greatest mysteries