EMC rolls out next generation of hot VNX models in Milan

EMC has introduced a vast array of new gear in Milan at its “Mega Launch” under the slogan SpeedToLead. The newest kit is targeted at private, public and hybrid clouds.

What do we have so far?

For private clouds, EMC previewed Project Nile, an Elastic Cloud Storage platform said to have public cloud "scale, economics and ease-of-use" with "Private Cloud control, security and flexibility". EMC says it should be the first "complete, web-scale storage infrastructure for the data centre".

Project Nile will be designed to deliver a streamlined and highly automated user experience from purchase thorough deployment and consumption.

Project Nile will be engineered to enable “Click and Go” access to block, file and object storage depending on a customer’s workload needs. AND it possesses all the benefits of the Public Cloud by being designed for massive scale, geo-distribution, and elasticity.

Finally, Project Nile will be offered at a very aggressive price point, redefining the economics of on-premise Web-scale storage deployments.

There is a VNX5400 Lotus Team F1 Limited Edition array in the Lotus F1 team colours to brighten up your boring data centre. 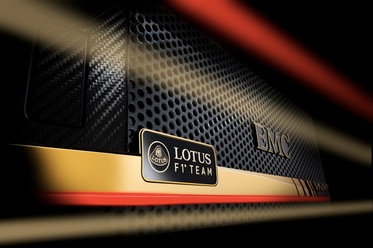 The VNX-CA (Continuous Availability) product uses VPLEX virtual storage to provide – wait for it – continuous availability if one VNX fails. A VNX-F is an all-flash VNX configuration for the lowest latency and highest data access speed in the VNX range. 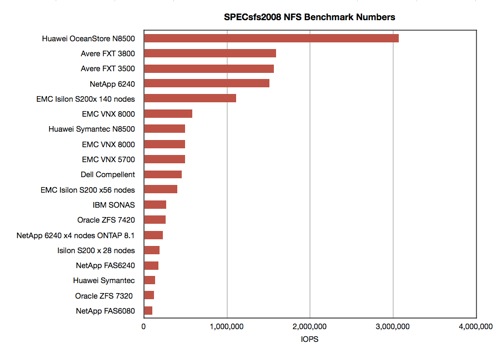 ViPR, EMC's storage- and control-plane separating software-defined storage technology, will be generally available later this month, with the ViPR Controller and ViPR Object Data Services to store, access and manipulate objects viewed as files "without the latency inherent in current object storage models."

VSPEX template system designs now include second generation VNX arrays and so deliver more storage – EMC sayS you can have twice as many virtual machines for the same price as before. The templates support both Hyper-V and VMware with vSphere 5.5 support being add when it's generally available.

XtremSF Oracle RAC support is coming by the end of the year. Project Nile should arrive by mid-2014. ®