Padded up for prang protection and dips in the drink

Review The key advantage Sony’s Xperia Z has over the Samsung Galaxy S4 is its IP57-rated waterproofing.

However, Samsung hasn’t got where it is today by sitting still and letting a rival get away with any sort of competitive upper hand, so now we have an S4 that carries an IP67 rating. Enter the S4 Active. 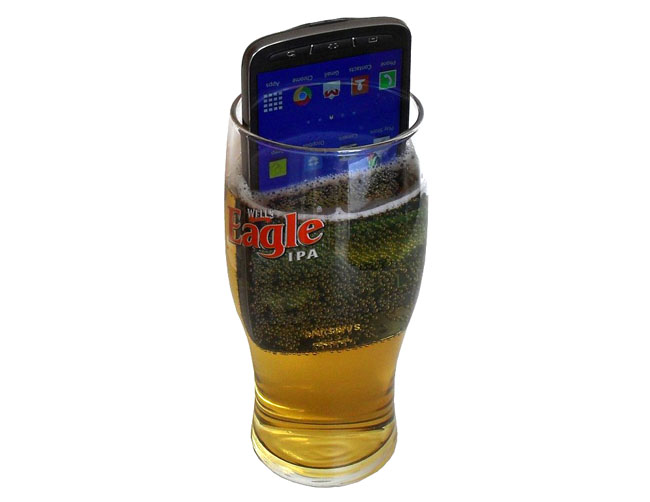 If you’re wondering what the difference between IP57 and IP67 is, the latter number means that it’s completely rather than mostly immune to dust ingress. Water resistance remains the same, namely good down to a depth of one metre for about 30 minutes.

In designing a battened-down and sealed-up version of the S4, Samsung has perhaps inadvertently addressed one of the major criticisms levelled at its flagship: that it looks and feels a bit cheap. The Active, by comparison, feels like a quality bit of kit. Yes it’s a little heavier than the S4 - 153g to 130g - and thicker to the tune of a mere one-and-a-bit millimetres, but it feels much more solid and altogether less plastic-y. The last improvement is partly due a different finish than the typical Samsung hyperglaze. 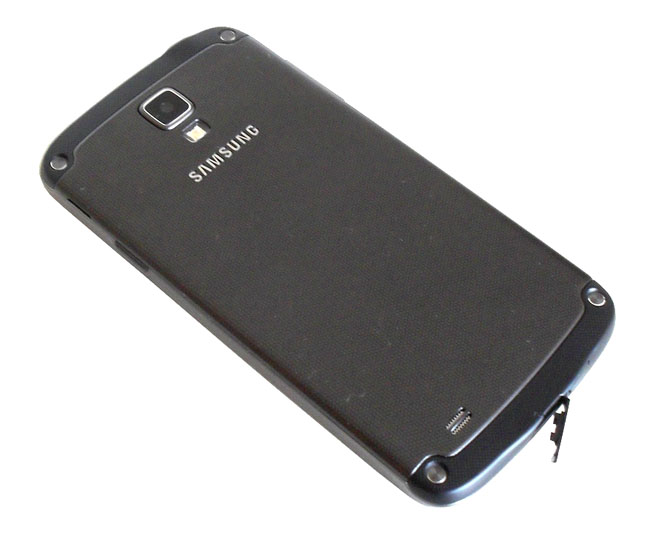 Bumpers lend some machismo, and the USB port has a bung

One rather funky design touch is the carbon fibre effect finish that’s used on the fascia buttons, the volume and power keys, and the bumpers that sit above and below the back panel. The bumpers also each feature a brace of chrome locating pins. It’s probably all for show as the S4 is not a tough phone by any stretch of the imagination - so I won’t be driving over it in a 4 x 4 or tossing it out of any third-floor windows - but there’s nothing inherently wrong with a bit of Chuck Norris styling.

Beneath the 5-inch, 1080 x 1920 screen you will still find the traditional Samsung trilogy of menu, home and back buttons. But the better to work in the drink, all three are now physical keys. I actually prefer this to the usual mix of capacitive and mechanical controls used on the S4, Mega 6.3, Note 2 and every other Galaxy device ever spawned, even if the Active’s buttons aren’t backlit. 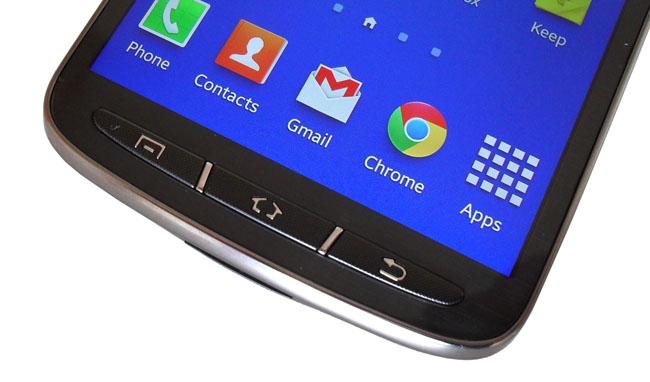 Note the trio of physical buttons

The screens of the S4 Active and S4 proper may share the same size and pixel density of 441dpi but the Active’s panel is an LCD rather than OLED affair. That means the contrast isn’t so good and it’s less easy to read in bright sunlight, but colours are more natural and it’s brighter. In fact, the Active’s screen is the best TFT LCD panel I’ve ever seen on a mobile device with very little visible chromatic shift even at extreme viewing angles.

Where the TFT panel does lose out is when it comes to efficiency. It clearly sucks on the battery teat more aggressively than the S4’s S-AMOLED branded screen. The two handsets use the same 2600mAh battery but in my usual 720p video-loop test the battery in the Active coughed and died at the five hour 20 minutes mark compared to seven hours 30 for the S4. In everyday use you won’t get much more than a day from a full charge. 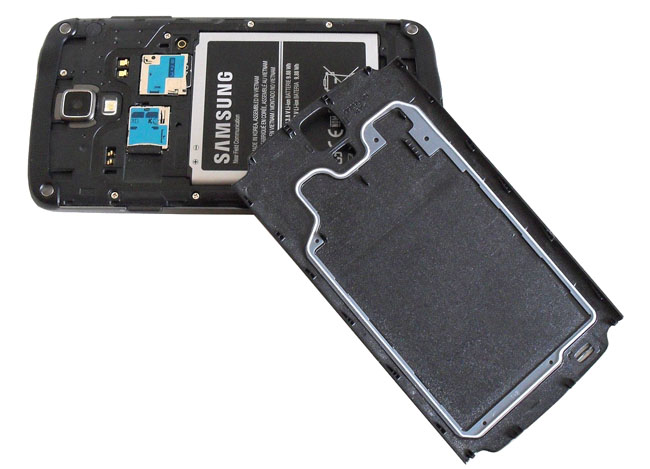 The back unclips - note the seal - and the battery is removable

Next page: Doing the pools
Page: