Smartwatch craze is all just ONE OFF THE WRIST

Something for the Weekend, Sir? Douglas Adams’ classic 1970s sci-fi satire described the Earth’s population as “so amazingly primitive that they still think digital watches are a pretty neat idea”.

And here we are again, on the cusp - as in ‘hey, boys, check out my cusp’ or ‘ouch I fell on my cusp’ - of a new outbreak of idiocy that regards digital wristwatches as cool and desirable products instead of the steaming pile of pointless and overhyped failure that they actually are. 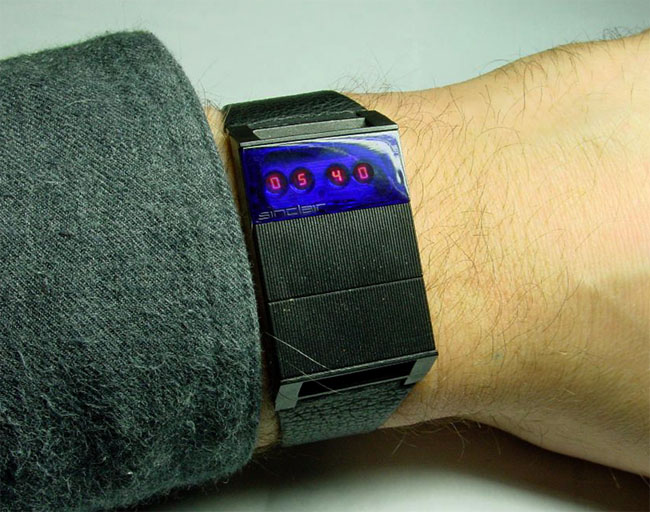 It’s as if a bunch of otherwise capable and innovative companies decided, en masse, to develop a product that’s positioned somewhere between being a really bad watch and a fucking awful one. To give them credit, these companies are only doing what we ask: come up with stupid products that the cretinous will buy in their millions on the back of seeing inexplicably popular celebutards wear one.

To understand the enduring relevance of The Book of Saint Adams in with respect to wristwatches, you must cast your eyes back to the long-distant past... of the 1970s. After being bowled over by pocket calculators, which were incomprehensibly expensive, the slightly more affordable digital watch made its appearance, and everyone wanted one.

It’s difficult to express to ‘de kidz’ today how much tweenagers in the 1970s adored these cack little devices. It’s equally baffling, on reflection, how it never occurred to us how shit they were. I had a friend whose digital watch was essentially a circle of obscure black plastic that would reveal the time in microscopic illuminated red digits only when you pressed a button, and only for a couple of seconds. The digits themselves had the typographical 1970s chic of an electric bar heater.

Look! It shows the time! In numbers! In red! 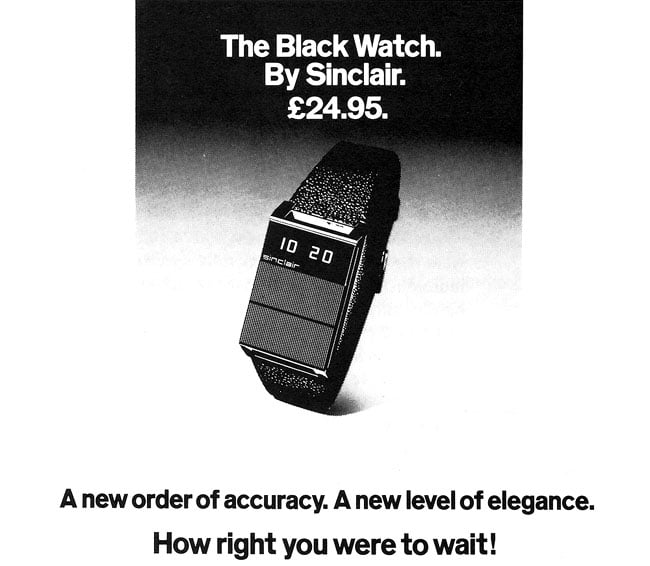 A crowd would regularly form around him at break as we vied to get another glimpse of the magic numbers. During birthday sleepovers, we’d take it in turns to find out what time it was in the dark and marvel at the glowing space-age readout.

“Show us what year it is, again!” we’d plead, and he’d get all huffy and say that his batteries would run down if we kept misusing his watch for the frivolous purpose of telling the time.

“Just one more hit,” we’d promise, “and then we’re through for good, honest.”

The second generation of digital watches to reach the market were much cheaper, more practical and immensely less mysterious devices with liquid crystal, always-on screens. Significantly, it sported a function that you didn’t get on any but the most elite analogue watches: a programmable alarm.

Oh, the invention of the digital watch alarm, what a game-changer. Some theatre historians pinpoint this moment as the start of the modern-age decline in audience manners. Today we suffer from mobile phone ringtones but in the late 1970s and early 1980s it was impossible to sit through any kind of performance or go to the cinema without being disturbed by a variety of ‘bleepety-bleep’ alarms all across the auditorium. Worse was the hourly chime that went ‘cheep-cheep’: as soon as you heard one, you knew it was going to be followed by a cacophony of electronic birdsong as 100 more hourly chimes sounded off. 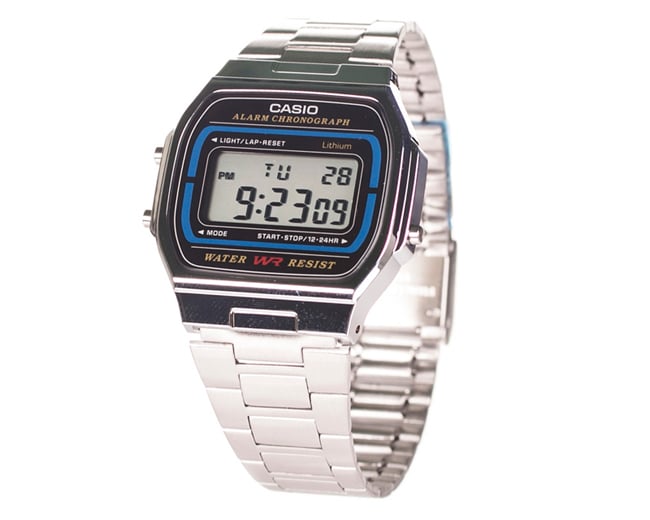 Whoever invented the hourly chime ought to have been put to death. I would have volunteered as executioner and brought my own coal and poker. Those hourly chimes would spring out of your watch unrequested and unwarranted at the most inopportune moments: in class, in morning assembly, during prayers in chapel, and on the hour and every hour all though the fucking night.

None of us chose to switch on the hourly chime, please note. It enabled itself and then remained active in perpetuity, existing as a sobering reminder of our puny, temporary existence on this planet as the inescapable passage of time draws us irrevocably to our inevitable obliteration.

I couldn’t afford a digital watch but by ’eck - as we used to say in the West Riding - I wanted one. So by the time they were practically giving them away in the mid-1980s in return for collected crisp packet tokens plus postage, in the wake of Douglas Adams’ incisive one-liners they had become quite naff.

I duly sent off my tokens plus P&P and became the temporarily proud owner of a shit digital watch. It had ‘James Bond 007’ printed on it and played Monty Norman’s theme as its alarm tone. It was the wrist equivalent of flares. Thankfully, it stopped working within weeks. 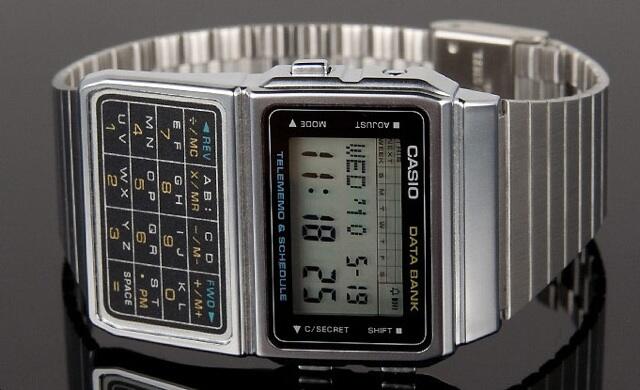 BlackBerry’s smartwatch? No, it’s Casio’s Data Bank
(With thanks to Theo Priestley)

The 2005 feature film of Hitch-hikers Guide to the Galaxy tried to update Adams’ lampooning of the 1970s digital watch fad to make scathing comments about the current ubiquity of smartphones, but its screenwriters missed the point. Smartphones are not blinged-up telephone handsets but proper handheld computers in their own right with amazingly varied functions. A digital watch, on the other hand, was – and is – just a watch. Its unique selling point - the word ‘unique’ means ‘only’, remember - is showing the time as a series of numbers.

So please excuse my eye-rolling whenever news pops up about the host of ugly and pointless wristwatches coming our way. Some of us have seen all this before and nothing has been learnt. We don’t want adjuncts to smartphones and tablets, nor do I personally feel any desire to be wearing a golfing app or a pedometer – a thoroughly pedestrian idea if ever there was one.

Surely the place to go for inspiration is, as always, the 1960s. In a similar way to that of Motorola designing its flip-phone handsets as a loving tribute to the original Star Trek TV series – complete with blue LED – all I really want from a digital wristwatch is independent videocalling and a laser beam, a la Thunderbirds or Joe 90 or something. The 1960s vibe is important. If it requires you to pull up a huge telescopic aerial, all the better. ®

Alistair Dabbs is a freelance technology tart, juggling IT journalism, editorial training and digital publishing. He has a propensity for breaking wristwatches in everyday accidents. He once regailed an eskimo party with an anecdote about buying and subsequently breaking more watches than they’d had hot dinners.