Other experiments led to Weber’s rediscovery of AC bias and fully realise its potential. No doubt his encouraging supervisor Joachim von Braunmühl and access to a Magnetophon to work on – rather than some unwieldy steel recorder – allowed his serendipitous discovery to manifest. Having noticed a dramatic improvement in noise and distortion characteristics following the accidental combination of high and low frequency signals, Weber set about analysing the cause, performing a range of high frequency biasing tests. 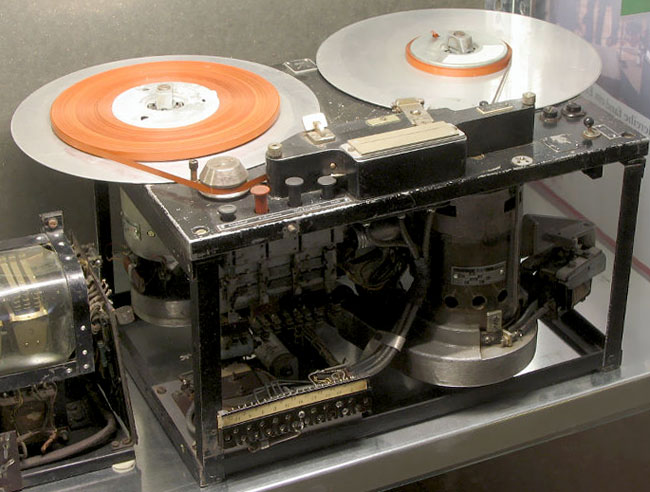 With different recording characteristics presenting themselves with the application of AC bias, Weber refined his techniques to further improve sound quality by applying equalisation on recording and playback to deliver a flat frequency response. During recording, the audible high frequencies would be boosted and on playback the low frequencies would receive a corresponding level increase.

For magnetic recording in this way, as the frequency gets lower, so does output by 6dB per octave. Also, having a high frequency boost during recording meant that noise on playback could be contained, as there was no need to amplify the high frequencies. That’s what they discovered back then and that’s how analogue audio tape recording has been processed ever since.

The dramatic improvements in performance of the Magnetophon didn’t go unnoticed by AEG that agreed to a licensing deal with Weber and von Braunmühl in 1941. Not only did RRG’s modified recorder have distortion down from 10% to 1.5% at 1kHz, its dynamic range was up to 60dB, although this reduced to 42dB on stereo recordings. Other improvements included the high frequency range extending from 5kHz to 10kHz and longer recording times due to a reduced tape speed from 1m/s to 77cm/s (30ips). As the technology improved, the speeds halved for some applications, with some of the portable Tonschreiber (sound writer) military recorders featuring variable speed from 120cm/s (48ips) down to 9cm/s (3.5ips). 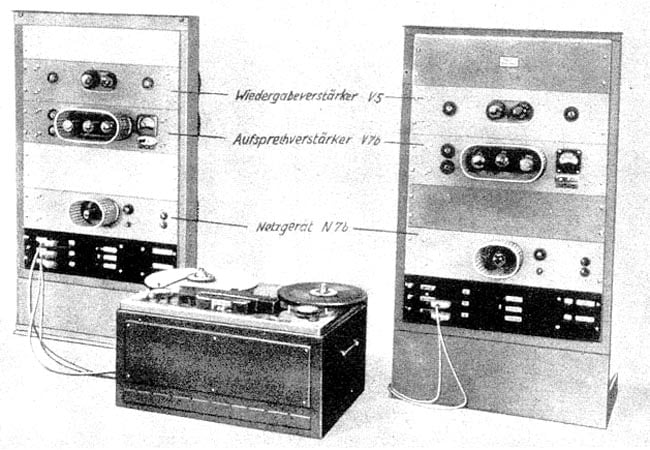 Indeed, speed was an issue but not just its effect on overall frequency response. The early K4 Magnetophons were prone to wow and flutter – erroneous variations in speed that all motorised analogue recording media can suffer to varying degrees. The use of synchronous motors made significant improvements, with the Magnetophon K7 being the first tape recorder to feature this drive arrangement back in 1943. The alliance between AEG and RRG saw earlier DC bias Magnetophons modified to feature AC bias and experimental stereo recorders were constructed too, but these never became production models.

However, being a broadcaster RRG made around 300 stereo recordings – mostly of classical works – with some test recordings captured using pioneering Neumann microphones on an AEG/RRG 22a studio recorder in 1942. Most of these recordings are lost to the destruction of WWII, but tapes do have a habit of turning up unexpectedly. 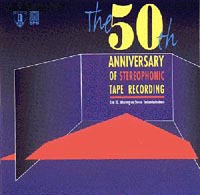 In February 1993, the AES produced a CD featuring surviving recordings from this period called The 50th Anniversary of Stereophonic Tape Recording. You can still get hold of a copy from the AES site, if you’re keen.

The combined efforts of Pfleumer, Schüller, Matthias, Weber and, lest we forget, captains of industry at AEG and IG Farben realised the potential of magnetic tape recording over a period of around 10 years. Not only was ferric oxide tape around seven times cheaper than steel wire alternatives of those times, it was light, more compact, the media had longer recording times, was easy to edit and could be reused. The Magnetophon recorders weren’t too expensive either, and thanks to AC bias and synchronous tape motors, they had a superior sound – and in some cases, stereo sound.

In part two, we will look at America's embrace of magnetic recording following its post-war discovery of this German technology. Stateside, tape recording gathers pace and new formats emerge that contribute in popularising this most enduring and cost-effective media for use in music, video – and, arguably most important of all, data storage. ®