Gets the jump on Apple's iTunes Radio

Xbox Music is one of Microsoft's best kept secrets - ubiquitous on Microsoft's own consoles but poorly promoted, even on Microsoft Windows Phone devices. But on the eve of the iTunes Radio rollout, Redmond has woken up and remembered that it exists.

The streaming service formerly known as Zune Pass has finally sprouted native apps for Apple iOS and Android devices, Microsoft has officially confirmed. A free web streaming "Pass" has also been launched at music.xbox.com capped to a limited number of hours. 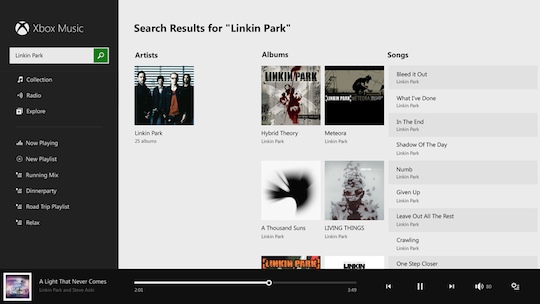 Xbox Music will also gobble web pages, such as festival sites and band home pages, and attempt to turn them into a matching Playlist.

Zune Pass pre-dates Spotify by a couple of years, but failed to achieve critical mass. Despite Microsoft's phasing out of other Zune services, Zune Pass is still offering users the opportunity to stream music from its deep catalogue and download 10 tracks per month for $10 (or £10) a month, or $99.99 for the full year.

Apple is also planning a mega-launch of its iTunes Radio service, which is due to be rolled out soon, with big music label deals for "exclusive track débuts".

For users already tied into the Windows ecosystem, Microsoft has melded Xbox Music into "Bing Smart Search" for Windows 8.1. Redmond says: "If you select a track from the song list in the Bing results, it will immediately begin playing in the Xbox Music app." Wow. That doesn't sound in the least bit annoying... ®