Video NASA has confirmed that its LADEE (Lunar Atmosphere and Dust Environment Explorer) probe is back on track for lunar orbit after being temporarily left tumbling by a power surge which occurred shortly after its launch.

LADEE took off atop a US Air Force Minotaur V rocket on 11:27pm EDT on Friday from NASA's Wallops Flight Facility on Wallops Island, Virginia, and the probe was successfully transferred into a low orbit. LADEE will make a series of increasingly wide orbits around Earth before being kicked into a lunar orbit with an expected arrival date on next month.

The probe, which will analyze the lunar atmosphere and test out a new super-fast laser broadband communications system, was undergoing NASA's first stage of diagnostics routines when the wheels used for stabilization and control shut down unexpectedly. Without these, the probe would be useless.

Checking showed a power surge had caused LADEE's computer to shut down the wheels to avoid them over-revving. Engineers have now disabled the fail-safe system to regain control, and they will be "selectively re-enabled."

The reliability of LADEE is key to NASA's future probe missions, since it's the first to use a new modular construction system the agency is trying out. Rather than building each probe as a custom job, LADEE is made up of pre-prepared packages of payload, propulsion, and support systems, which are fitted together to suit the job. 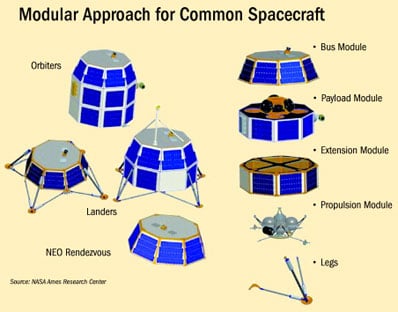 It's a technique Elon Musk's SpaceX has had success with, and NASA is hoping the design style will cut costs and increase the reliability of components. As such, failure would be problematic for many planned probe designs, not to mention the loss of LADEE's payload had the stabilization wheels remained powered down.

With LADEE back on track, the probe is now expected to reach lunar orbit on October 6 and begin its 100-day kamikaze mission around – and ultimately into – the Moon. LADEE's main mission is to examine the lunar atmosphere and try and solve a riddle posed by the astronauts who landed nearly 50 years ago.

Earth's first explorers reported noting a glow on the Moon's horizon that looked like a layer of lunar dust. The pitiful atmosphere around the Moon shouldn't be able to support dust particles, so LADEE will scan the atmosphere with light and mass spectrometers and sample the atmosphere in an attempt to capture any floating dust particles. 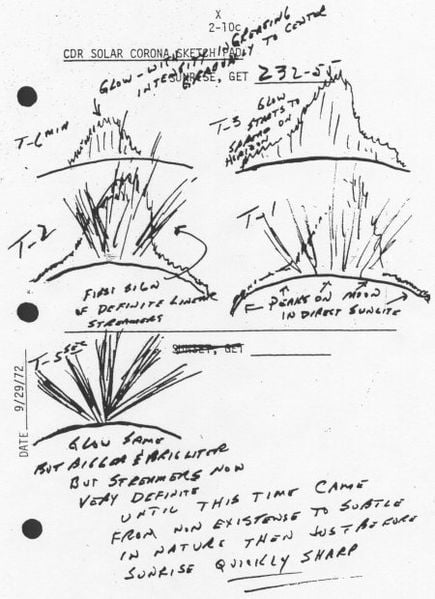 LADEE's secondary mission is to test out NASA's version of broadband for space – a laser communication system capable of beaming over 600MBps back to controllers on Earth. NASA is still relying primarily on radio for space communications, but LADEE's Lunar Laser Communications Demonstration (LLCD) should provide an upgrade better than going from dial-up to broadband.

The LLCD uses a 0.5-watt infrared laser mounted on the side of LADEE to fire back information to a network of three receiving stations in California, New Mexico, and Spain. These are clusters of eight telescopes on a gimbal that can track the signals from space and fire back data. 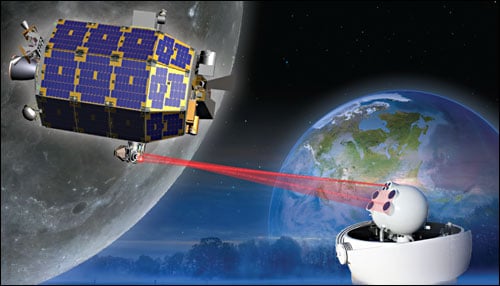 Interspacial backup and some fun stuff too

The pulse modem in the laser on the LLCD can push out 622Mbps download speeds, allowing real-time and HD definition video to be swiftly sent back. In its briefing sheet, NASA estimates the new system will cut the time it would take to download an HD movie from orbit from 639 hours using radio to eight minutes; an odd example to choose, unless the agency is putting together a pitch from Kim Dotcom.

After arriving at the Moon, LADEE will go through an additional 30 days of diagnostics and system power-up time before beginning its 100-day sampling mission, dipping between 20 and 60 kilometers above the Moon's surface as it tries to find out what gasses and matter can be detected.

When the sampling and scanning mission is completed, NASA will power down LADEE's systems and crash the probe into the lunar surface. The agency likes a tidy orbit and – as with the twin probes of its GRAIL mission – has decided a lunar mountain is going to get an interesting new crater once LADEE's job is done. ®