At last, a second, small GTi Pug worthy of the badge

Review Back in the day, Peugeot made a truly great little motor car called the 205 GTi. I owned one, the 1.9-litre version, and absolutely loved it. For charging down narrow B-roads few things on four wheels were faster or more enjoyable.

Along with the Volkswagen Golf GTi the 205 GTi pretty much created a whole new breed of car in the public’s imagination, the hot hatchback. So when Peugeot’s press fleet manager asked if I wanted to borrow a shiny new 208 GTi for a week, I said yes. Well, you would wouldn’t you? 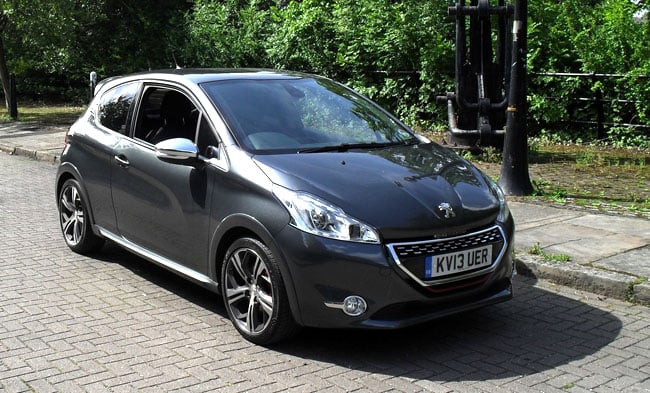 Both VW and Peugeot had trouble replacing their first and greatest hot hatches, though in Peugeot’s case the failure was the greater: after 1995 the sporty versions of the 206 and 207 got flabbier, softer and more and more wretched, each deserving the hallowed GTi badge less than the one before.

But the new 208 GTi is different, according to Peugeot. The adverts proclaim, “the GTi is back”. Of course, VW would argue it never went away, and Renault and Ford would contend that the RenaultSport, STi and Cosworth badges have replaced it in the popular lexicon of cheap speed. So is the 208 GTi a new hot small Peugeot that is finally worthy of the 205’s GTi badge?

Building on the basis of what is already one of the best and most visually interesting small hatchbacks, the 208 GTi certainly looks the part, displaying its sporty prowess through a set of smart 17-inch alloys, a liberal sprinkling of GTi badges, a tailgate spoiler and enlarged front airdam and a smattering of red lip gloss under it’s square, rather predatory snout.

You won’t miss it, or more importantly, mistake it for the base 1.4HDi diesel model. Some may find the GTi decoration a little too much but at least it’s trying to look sporty to a man in his 30s or 40s not to a slip of a lad in his late teens. The decoration contains some quality design touches too: the way the GTi badge is stamped into the chrome window line looks particularly good. 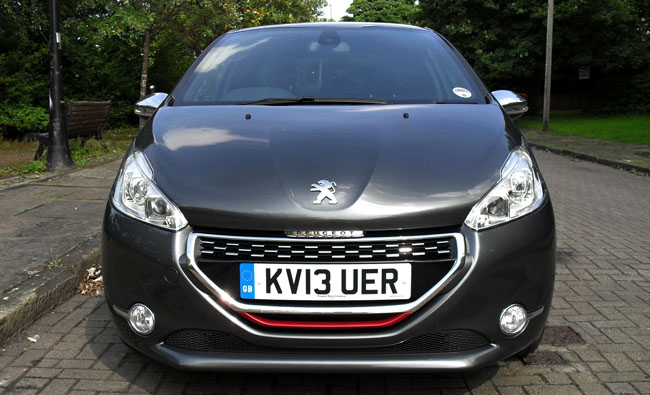 A spot of red lippy at the front?

Open the door and drop yourself into the bucket seats and it gets even better. The cabin of the cheapest 208 is already a pretty good place to sit and the GTi builds on that with red pinstripe seat belts, GTI-embossed leather seats, a leather handbrake and a very nice aluminium gear knob. Pride of place goes to the unusually small steering wheel complete with red centre stripe and a GTi badge.

That diminutive and low-slung steering wheel results in a rather unusual view from the driver’s seat - for a hatchback at least. Peugeot has put the dials right under the windscreen so you can look at them over the top of the wheel and keep an eye on on your speed and the road at the same time. 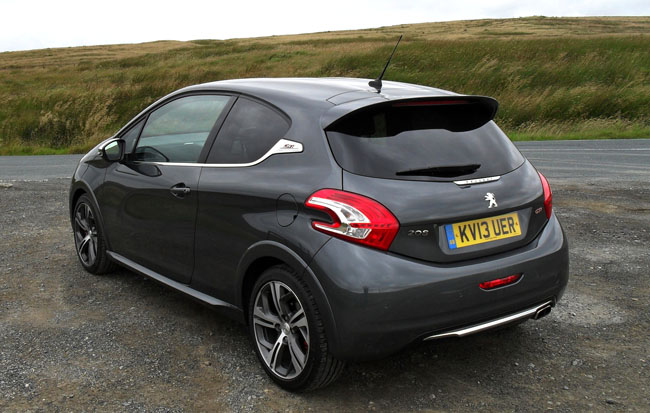 The GTi in its natural habitat: on t’moors

This means you have the wheel ever so slightly in your lap, and quite close to you. This is how the likes of Lotus and Ferrari do it, and for a good reason. When I first sat in the GTi my first reactions were mixed but once I’d found the steering wheel rake control and got the seat height adjusted it all made sense. With everything set up just so, the driver environment is close to ideal.