Can't get enough of flashy upstarts, can you, WD? Firm pays $685m for Virident

New CEO inks deal, hands it off to HGST

Western Digital has bought PCIe flash array supplier and startup Virident for $685m in cash and given it to its HGST subsidiary to add to its stable of flash businesses.

Virident got itself a new CEO, Mike Gustafson, on 19 September last year. From hire to sale in 12 months is pretty damn good. Virident's board and backers will be ecstatic at ex-BlueArc boss Mike Gustafson having done the business he was hired to do after a $26m funding round.

It was on Gustafson's watch at hardware-accelerated filer storage company BlueArc that Hitachi Data Systems bought the company. Gustafson will lead the Virident team inside WD, getting an SVP ranking and reporting to HGST president Mike Cordano, but El Reg's storage desk will surely expect him to move on in due course.

Total funding is $114.3m, so the $685m sale price represents a great sixfold pay-off for the investors and founders – and, no doubt, has suitably enriched Mike Gustafson and every Virident employee with stock or stock options. WD says Virident's net enterprise value is $645m after taking its cash balance into account. 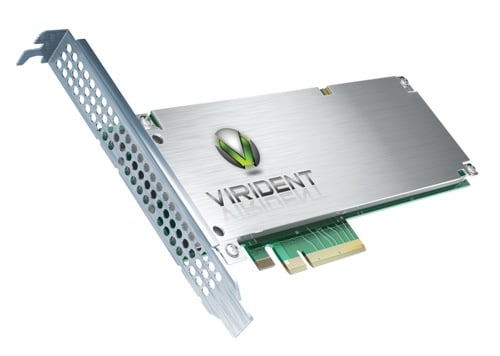 WD is on a flash business buying binge, having bought Velobit and its caching software in July, and arranging to buy one-time enterprise SSD leader sTec for $340m in June. It also invested in flash array startup Skyera in March 2013.

Virident gives HGST a viable FlashMAX II hardware and vFAS operating system, with a technology architecture said to be akin to that of Fusion-io, the PCIe flash card leader – think storage class flash memory treated as an adjunct to a server's main memory. There is also its FlashMAX Connect software-based PCIe flash card storage content caching, sharing and availability business.

WD points us to IDC research predicting that the PCIe market will grow from $1.06bn in 2013 to $2.4bn in 2016, and presumably lots more after that. WD, via HGST, is now going to try and get a lot of that by accelerating Virident's product development efforts and adding its sales channels to those that Virident has already.

The acquisition should close this quarter. It represents another step in the maturing flash storage industry with ongoing consolidation of startups by the major players.

As an aside, Seagate will profit from the WD purchase of Virident, having invested $40m in Virident in January and becoming a FlashMAX II reseller/OEM. WD has effectively scuppered that and El Reg's storage desk expects Seagate will now look for another PCIe flash card supplier. It surely won't want to be supplied by arch rival WD in the HDD business. ®