Microsoft does a U-turn, releases Windows 8.1 to developers early after all 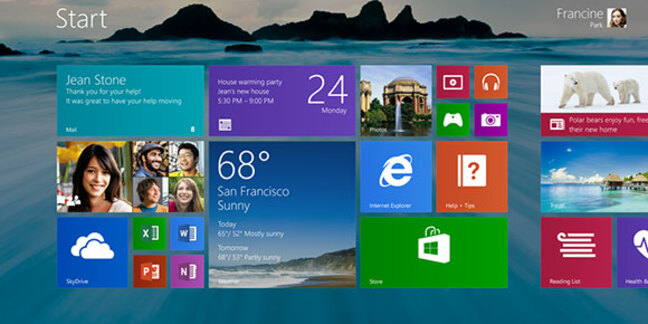 After facing a backlash from developers concerned that they wouldn't get early access to the latest versions of Windows, Microsoft has released builds of Windows 8.1 and Windows Server 2012 R2 to its MSDN and TechNet subscription programs, more than a month ahead of the updates' official launch date.

"We heard from you that our decision to not initially release Windows 8.1 or Windows Server 2012 R2 RTM bits was a big challenge for our developer partners as they're readying new Windows 8.1 apps and for IT professionals who are preparing for Windows 8.1 deployments," Microsoft chief evangelist Steve Guggenheimer said in a blog post on Monday. "We've listened, we value your partnership, and we are adjusting based on your feedback."

The OS updates are available as ISO disc images in a variety of formulations, including x86 and x64 builds and "N editions" that ship without Windows Media Player.

Note that these images are full installation media, rather than updates for current Windows 8 installs. That means they're suitable for installing on new hard drives or virtual machines, but it also means the downloads are fairly large: more than 3GB each.

In addition to the Windows builds themselves, Redmond has also made available new versions of the Windows Driver Kit (WDK) and the Assessment and Deployment Kit (ADK) for Windows 8.1, plus the source code for a set of sample apps that take advantage of new Windows 8.1 features.

The sample code works with Visual Studio 2013, a Release Candidate version of which was also made available on Monday. This new VS2013 build requires the RTM version of Windows 8.1 RTM for Windows Store app development; it does not support Windows 8.1 Preview or Windows Server 2012 R2 Preview.

According to S. Somasegar, corporate VP of Microsoft's developer group, the final, RTM build of VS2013 will ship at the same time that Windows 8.1 reaches general availability.

That's not due to happen until October 18, so customers who don't want the hassle of downloading large ISOs – or who lack an MSDN or TechNet subscription – will have to wait until then to get Windows 8.1, when a leaner installer is still scheduled to begin shipping to all customers via Windows Update. ®