Apple will this week announce something, probably a new iPhone or two.

But during The Reg's recent travels in Asia we've spotted some Apple products that haven't been the subject of endless rumours. We suspect these products are so secret Apple itself doesn't know about them. But that won't stop us bringing you – and Apple's lawyers - news of their existence.

First up, something Australian readers would call the iThong and that the rest of the world might dub the iFlipFlop. Kiwi readers: yes, the iJandal is real!

Whatever you call this magnificent piece of footwear, which The Reg spotted in Cambodia, it seems to hint at some wider Apple/Rovio deal in the apparel market. If that's not on the cards, it does show off the awesome power of the Apple brand. 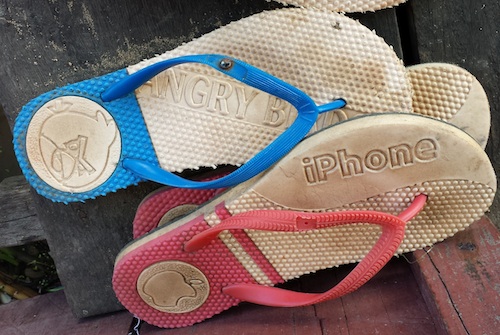 Does the global explosion in iPho tat suggest Apple is getting into the restaurant business?

The world also has at least three Vietnamese restaurants that have adopted the name iPho, in Cincinnati, Canberra and Fremantle.

Online business-to-business tat bazaar Alibaba is a wondrous source of dodgy goods, few more so than the ”2013 watch phone apple wrist watch phone i8” depicted below. 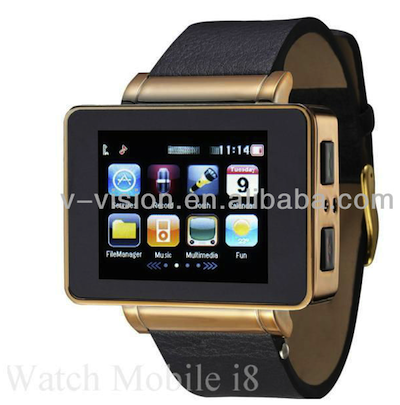 A fake iWatch from V-Vision of Shenzen

The manufacturer alleges there's a quad-band phone packed in there, along with a webcam, Java and if the icons shown are to be believed iPod compatability. What a shame the company whose watermark mars the photo – V-Vision-of Shenzen – is so very hard to find!

A tactic that seems to go down well in Asia is to slap Steve Jobs' image and the Apple logo on just about anything. We're therefore happy to predict that the “iPhone Mini iPhone Music Headset” we found in a Camdodian mobile phone shop is not an Apple product or a hint that an iPhone Mini is on the cards. 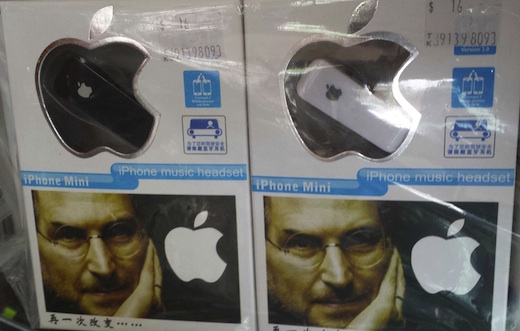 An iPhone Mini? Don't get your hopes up.

Lastly, check out these cheap, nasty, obviously iPod-shuffle-inspired MP3 players. We spotted these in Singapore, a land latterly reckoned to have cleaned up its act on intellectual property even in spots like the notorious Sim Lim square where this short was taken. 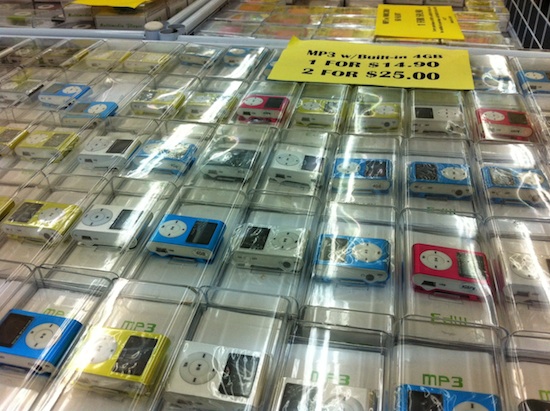 At $SGD25 a pair, these 4GB beauties are under $US20 or just £12.50, a sum so small it is hard to believe it is possible to sell them at a profit. The shot above captures perhaps half of the display we saw in Singapore, and other stores had very similar products on offer. ®