Game Theory Heading this week’s games was meant to be Total War: Rome II, but a PC malfunction means I’m having to postpone marching off up the Appian Way until next time. No matter, however, as a feast of games still awaits – including the year’s best platformer...

Wii U owners are a hardy bunch, capable of taking abuse on the chin. Even when their choice of gaming machine is regularly stomped upon by other gamers, journos and Nintendo’s dreadful sales figures, they stand unmoved. 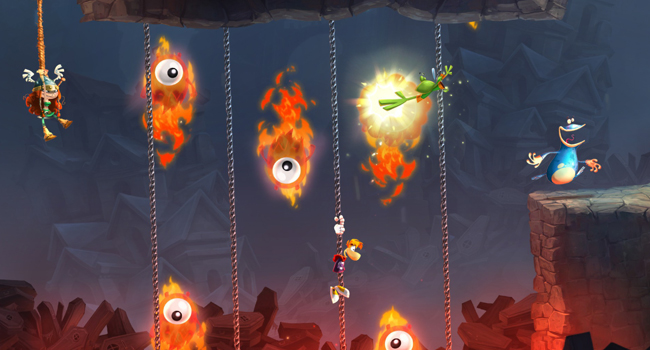 Despite all that, when Ubisoft declared earlier this year that Rayman Legends was to be delayed so it could convert the game to all the other formats, the usually placid Nintendo fans were understandably and aggressively unimpressed. In protest, some even vowed to give the game a wide berth upon its eventual release.

Well, I’m here to tell you that would be a bad move. Legends is such a fine game that to miss it would be akin to cutting off your Mario-style moustache to spite your face.

In fact, the rise and rise of Rayman only serves to highlight the lack of imagination currently being injected into Mr Mario’s 2D platforming adventures. There’s a vividness to Rayman’s worlds, a spark of fun in every stage and a compulsiveness that used to be reserved for the Mushroom Kingdom alone. 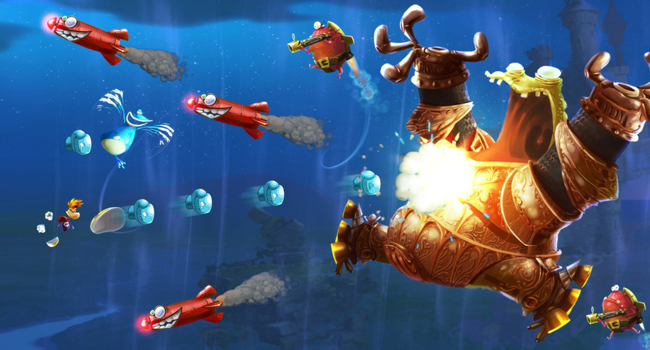 “If his chest had been a mortar, he burst his hot heart’s shell upon it”
You get a better class of caption with El Reg...

More practical thought has gone into Legends than seen in recent Mario adventures too. Take the four-player multiplayer element - five players in the Wii U version - that actively encourages interaction. A far cry from the hostile New Super Mario Bros. where poor implementation of collision detection leaves players rebounding off each other to their deaths.

That Legends looks like a cartoon come to life is another plus. The character animations and backdrops are all beautifully realised. Even the soundtrack steals the stage at times, particularly during Guitar Hero-inspired stages that have you running, leaping and punching to the beat.

I could go on and talk about numerous unlockable characters and collectibles, as well as the 40-odd extra stages imported from Rayman Origins. There’s the interactive scenery too - which admittedly works best on the Wii U’s GamePad - and the satisfaction you’ll feel upon working out how to max out the more fiendish levels. 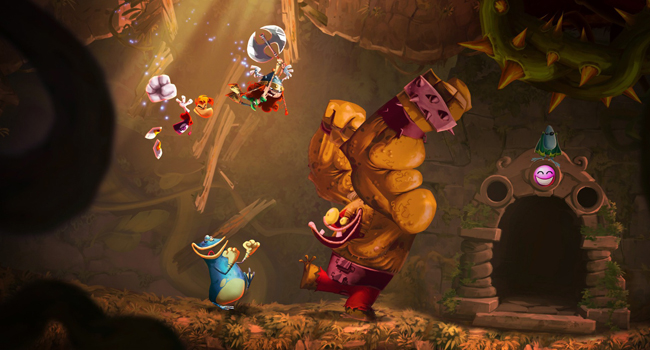 Put up your dukes

The thing is, I don’t need to. All that really needs to be said is that Rayman Legends a platformer that leaves Mario watching his 2D back.

Blizzard has steered clear of the console arena for some time now, repeatedly denying claims that the likes of Warcraft and StarCraft might one day jump across from the PC. Whether Diablo 3’s conversion marks a change of heart remains to be seen, but it'’s certainly a step that console-owning Blizzard fans should be happy to see.

Diablo 3 for consoles rings in the changes too, crucially introducing a new control system to best utilise your control pad. Movement and enemy targeting, driven by the mouse on PC, here relies on the analogue sticks, a trick that actually owes much to God of War. The left stick is used for movement and aiming, and the right for evasive manoeuvres. 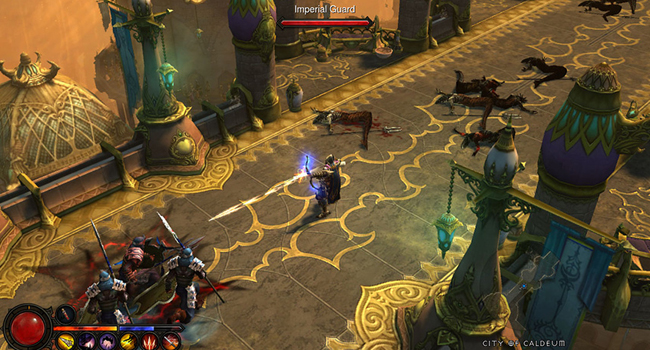 Slay me down to sleep

It’s a system that can’t rival the PC for precision, however, and fans of ranged classes, such as the Wizard and Demon Hunter, will struggle to target specific beasts within hordes. A lock-on system helps after a fashion, but even then latching on to a boss, for example, can prove tricky in the heat of battle.

Elsewhere, keyboard hotkeys are replaced by your pad’s front and shoulder buttons. It’s a compromise of course, and one that can’t possibly allow access to your character’s full repertoire of moves instantly. But, when used in combination with the control pad-friendly skill selection menu, it’s a reasonable solution.