Aussie entrants ready for their moment in the sun 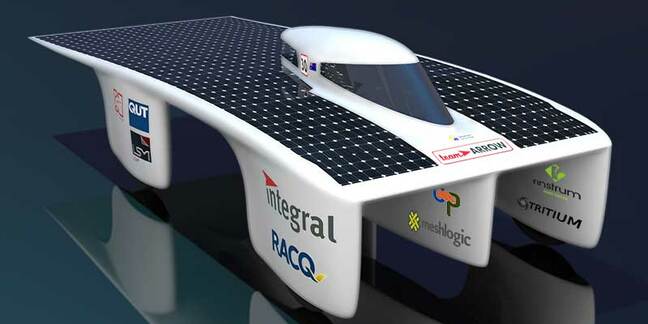 The UWS team, SolAce, under construction since 2011, had its public launch on August 29 at the university's Parramatta campus. It'll be competing in the Challenger class – the sprinters hoping to complete the challenge's 3,000 km ahead of the rest of the field.

That class is hotly contested, with more than 25 teams vying to cover the daily 750 km ahead of the others. The Challenger class has been revamped this year: all cars have to be four-wheelers, and the regulations now mandate a minimum amount of space for the driver. As a result, the Challengers will be all new cars for this year's run.

The Cruiser class, on the other hand, might not set the pace of the challengers, but instead provide a platform to demonstrate “practical” solar vehicles. Hence the Cruisers need to provide space not just for the driver but for passengers, but are permitted triple the battery capacity of Challengers, and are allowed to connect to the grid three times during the challengers.

(There's perhaps a hint of a sense of humour among the race organisers: the Cruiser class will be judged for “practicality” in Adelaide, after the race is run, on the basis that if you can't make the trip, you're not practical – El Reg.) 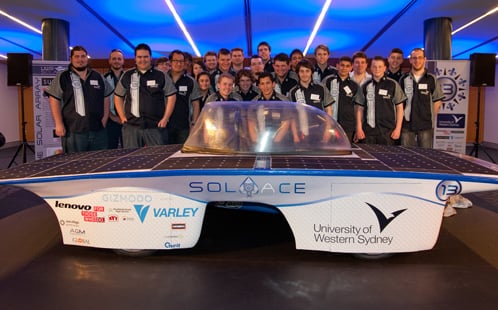 The 4.5 metre long, 1.6 metre wide SolAce was built by a team of four mechanical engineering students, eight electrical engineers, and three industrial designers. Jay Manley, a graduate of the university's bachelor of engineering in robotics and mechatronics, is the team's founder.

Queensland's Team Arrow is one of a handful of Australian Challenger-class vehicles with a predominantly non-university structure (although Queensland University of Technology became a sponsor in April 2013).

The Tritium-powered Arrow vehicle will be shown off in public doing an honour lap of the Maryborough HPV (human-powered vehicle) technology challenge. The vehicle is undergoing track testing ahead of being loaded up to head to Darwin. 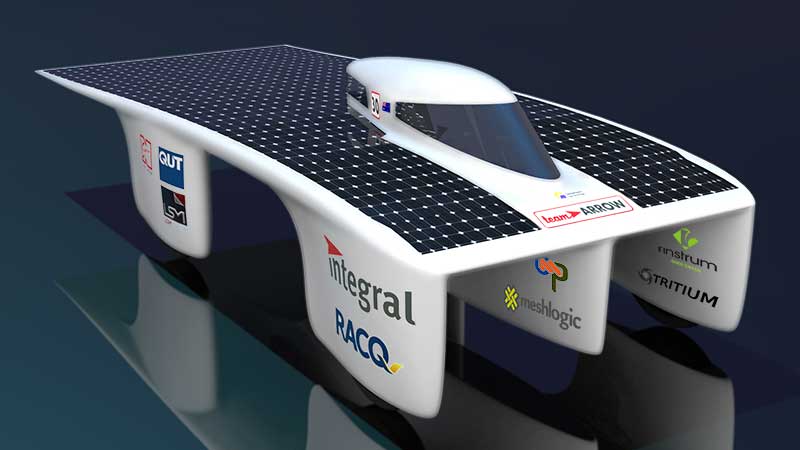 Track testing ahead of the challenge is important for every entrant. As well as static scrutineering to check regulatory compliance, entrants will have to survive dynamic scrutineering at Darwin's Hidden Valley raceway before they're set loose on the roads of the Northern Territory and South Australia.

And while all the excitement and media is likely to focus on the front-runners, event director Chris Sellwood reminded The Register/i> that the World Solar Challenge is “fundamentally a design competition”, and he hopes that the race's tradition of teams helping other teams will continue. ®

The Register will again follow the Global Solar Challenge as it moves from Darwin to Adelaide. Stay tuned for on-the-road hijinks from October 4th.

Roundup The week's news in AI and machine learning

If they are going v-e-r-y slowly

Connected and self-driving cars are being sent to Coventry

Finding out how to sail through consecutive green lights