Apple senior VP Al Eisenstat was unexpectedly handed a floppy disk by a nervous Russian during a 1987 trip to Moscow. Back home, he passed the code on to Gassée who passed it on to Sakoman. The disk contained cursive handwriting recognition software.

That’s one version of the tale. Another, more prosaic telling has Russian software boffin Stepan Pachikov, founder of Moscow-based software house ParaGraph International, much later hawking his PC-based handwriting recognition code around Silicon Valley. Apple’s Larry Tesler, who took over the Newton project in 1990, and Steve Capps, another Apple engineer, both agreed to watch a demo, and ended up licensing the ParaGraph software for Newton.

But that came later. During the late 1980s, as Steve Sakoman’s three-year deadline began to draw close, Gassée began to believe they had all bitten off more than they could chew. In any case, the engineering chief’s own star was no longer in the ascendant. His "no compromise" attitude to product engineering at the expense of such – to him – petty matters as release schedules and usability didn’t go down well with Sculley. In January 1990, Apple CEO John Sculley named Michael Spindler Chief Operating Officer, knocking Gassée down a rung on the corporate ladder. On 2 March 1990, Gassée gave his notice and said he’d leave the company on 30 September. 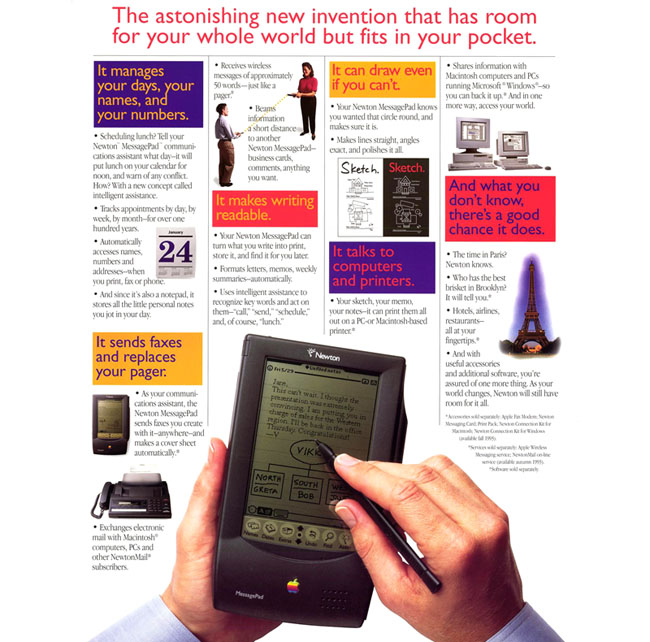 This management reshuffle didn’t go down at all well with Sakoman, and that same month he quit Apple too. Later that year, he hooked up with Gassée, and the two went on to co-found Be to develop a new desktop computer and a multi-processing, multi-tasking OS to go with it. Sakoman went to work for Palm Computing spin-off PalmSource when it acquired Be and, in 2003, briefly rejoined Apple. His LinkedIn page now lists him as a computer software consultant.

Back at Apple, Sculley began taking a closer interest in the Newton project. He saw a product that was very technologically advanced which would enhance not only Apple’s reputation but his own. It was no pet project of Steve Jobs, as the Mac had been. It was a product for which Sculley himself could claim ownership and establish his credentials as a forward-thinking head of a technology company. It reminded him of a concept he’d described in his 1987 book Odyssey: the "Knowledge Navigator", a kind of hardware information browser. The erstwhile Pepsi chief would be viewed as something more than a clever seller of sugary drinks.

Of course, Sculley was also aware of his limitations as an engineer. A visionary he might think himself, but he knew he wasn’t a product designer. So he put Newton in the hands of Larry Tesler, an engineer who had left Xerox’s prestigious PARC facility in 1980 to join Apple and by this stage was running the company’s internal think-tank, the Advanced Technology Group.

Tesler found the Newton team, now grown to include 30 engineers, to be imbued with a strong sense that they could indeed deliver the product. Unfortunately, as adherents of Gassée’s philosophy that good engineering was all that mattered, and without having to report to managers eager to ship product, they were preparing to deliver a device that had swollen to become a 22 x 28cm product codenamed "Figaro" that would cost buyers up to $8,000.

The money went on batteries that could run for weeks, a touch-sensitive active-matrix LCD screen, infra-red wireless networking, a hard disk for storage, and multiple microprocessors. It was impressive. But it also weighed 3.6kg. Even Tesler, a man with perhaps more of a lofty, academic view of computing technology than the hard "yes but will it sell?" attitude of the salesperson, knew the Newton prototype was never going to succeed in the market in its current form. He told the team: make it smaller and cheaper. And get it done by April 1992, added Sculley.

Had Tesler left it at that, the MessagePad would have ended up more like a chunky iPad than a beefy iPhone. It would have retailed for around $1,500. But Michael Tchao, the marketing man Sculley had sent to Tesler toward the end of 1990 to determine how Newton would eventually be brought to market, pushed to get the form-factor down to the jotting pad size Steve Sakoman had originally – and coincidentally – envisaged. Tchao wanted the Newton to be a handheld product, not one you took out of a bag and placed on a desk. Having worked on 1989’s ill-fated Mac Portable, Tchao knew big was not always better. 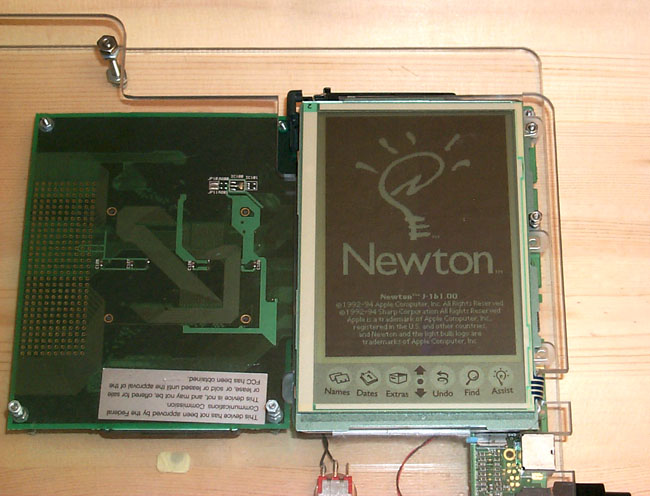 Tesler, taking his cue from the Newton team, told Tchao it couldn’t be done, at least not with current technology. But not all the Newton team were in accord. Steve Capps, for one, was as keen as Tchao to make a truly handheld device. And, having co-developed the Mac in the shadow of the Lisa, Capps suggested creating a second, lesser, sub-$1,000 Newton dubbed "PocketNewt" while everyone else on the Newton team was finishing off the tablet, then called "Newton Plus".

In fact, a third effort was soon underway, this one undertaken by System 7 software contributor Paul Mercer and conducted entirely separately from the Newton project. In partnership with a team of four other engineers, Mercer spent 1991 designing and building what he codenamed Swatch. It was essentially a pocket Mac running Mac OS but with Newton’s handwriting recognition built in. It worked, it would have cost less to buy than even Capps' cut-down Newton, just $400, but John Sculley killed it early in 1992.

During the latter quarter of 1991, the CEO had persuaded Sharp to co-manufacture Newton. Mercer had separately managed to interest Sony in coming on board to produce Swatch. That was perhaps appropriate: Mercer had originally been inspired by a Sony palmtop prototype. But Sculley didn’t think Apple could partner up with two rival Japanese giants. Larry Tesler was opposed to it because it wasn’t a Newton. So even though Newton still wouldn’t be ready for at least six months, Sculley chose to cancel Swatch, which was essentially ready to go there and then.