Within Junior, the ARM 610 chip was given 640KB of RAM to work with and connected to the 4MB of ROM that would hold the Newton OS, to be branded "Newton Intelligence" in the marketing material, along with the NewtonScript API and the bundled applications, all of which would appear on a 240 x 336 monochrome LCD panel.

The whole thing was powered by four AAA batteries. There was a PCMCIA card slot for expansion, an eight-pin mini-DIN serial connector for peripherals, and an infrared port, installed on the insistence of Sharp. The new device weighed just 410g. The case was designed by a young Apple employee called Jony Ive, who joined Apple in 1992 at the behest of company design chief Robert Brunner.

NewtonScript was developed when the original choice for the Newton’s native programming language - codenamed "Ralph" and later called Dylan, short for "Dynamic Language" - had to be dropped when it became clear it would not be ready in time and in any case would not have fitted into Junior's reduced memory footprint.

Dylan had been designed with Senior in mind, not its diminutive sibling. Like Dylan, NewtonScript was an object-oriented language. Newton 1.0’s bundled apps – Book Reader, Calculator, Clock, Dates, Formulas, Names, Notes and Works – were all written in NewtonScript. 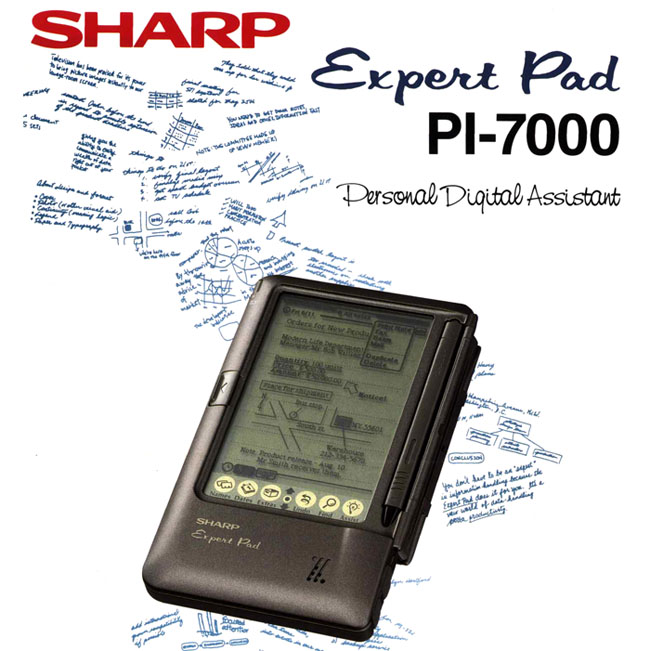 The other original Newton: Sharp’s ExpertPad

It’s not clear when the device became the MessagePad and not simply Newton, a name retained for the OS. During the beta-test period, the MessagePad was actually called NotePad, but the marketing team made the switch to emphasise the device’s communications abilities over its role as a note-taker.

By the time of the device’s launch on 3 August 1993 at the Boston Macworld Expo, Newton was the platform, MessagePad the product. Perhaps it was thought that, in time, Senior might be yet be brought to market as a second Newton product even though its development had come to an end in the summer of 1992. Apple certainly said the MessagePad was “first in a family of communications assistants from Apple”. Indeed, Apple had already commissioned a series of mock-ups of other devices that might be based on the Newton platform, from larger devices to videophones, and versions for sports fans and for kids.

Sharp announced its own version of the MessagePad, the Expert Pad PI-7000, on the same day. In Sharp, Newton had its first licensee – one of what would soon be many, Apple hoped. Sharp’s first ExpertPad was announced right alongside the MessagePad. In truth others did embrace the platform. Motorola built a Newton-based communicator device with an integrated cellular modem and released it in 1995. So did the less well-known Digital Ocean. In 1996, Siemens put Newton into a desktop phone-cum-information manager. The following year, oilfield and business tech company Schlumberger based a mobile medical data gathering unit on the Apple platform.

Apple’s own Newton efforts first saw the release, in October 1993, of Newton OS 1.10, which was packed with bug fixes. It improved the handwriting recognition code too, which in truth was never quite as bad as the critics and comedians had made out. Ironically, the real flaw was not the recognition code but a memory-handling bug which caused the recogniser to lose data unless the MessagePad was frequently rebooted.

Newton was programmed to adapt to your handwriting style and that took time and training. The memory bug meant it took even longer, and a limited word-recognition - rather the letter recognition - database of just 10,000 words didn’t help either. Unfortunately, too many users got fed up with its early, often incorrect efforts and gave up using it – Newton never got the training it needed to improve.

Even Apple got fed up, and Newton OS 2.0, released in 1997, incorporated a new printed-character-recogniser that was developed in-house. Undoubtedly the barbs that followed the release of the original MessagePad prompted Apple’s Advanced Technology Group to create the new recogniser - the work was done by Brandyn Web, Michael Kaplan and Larry Yaeger - but the arrival of the pocket-sized Palm Pilot may have pushed it too.

Palm Computing’s Jeff Hawkins had been working on software to simplify entering text into a computer by pen since the early 1990s. Palm was founded in 1992, and the following year Hawkins started to develop the company’s first hardware, Zoomer, based on the GeOS operating system. It was announced in June 1993 but not released until November, when it was perceived as a Newton knock-off and, despite the involvement of Casio and Tandy, was a flop. 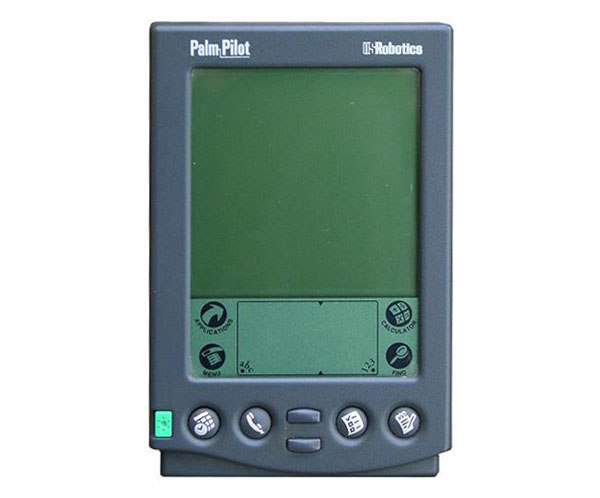 Not so Hawkins’ next effort, the Pilot 1000. By the time of its release, in 1996, Palm had been bought by modem company US Robotics, and Hawkins had developed Graffiti, a printed character recognition system that used a pre-designed set of glyphs to represent letters, numbers and symbols. It also had dedicated character-entry areas. Both made Graffiti’s character recognition much more straightforward than Newton’s and made it far more accurate.

US Robotics also pitched the Pilot, which was small and pocket friendly, as an adjunct to a desktop PC. You could enter data on your computer and then sync it over to the Pilot, which became simply a portable data viewer. The Pilot wasn’t as sophisticated as the MessagePad, but it worked and it was (relatively) cheap: $299. US Robotics sold plenty of them.

Steve Capps had always wanted Junior to be as small and as pocketable as the Palm Pilot later turned out to be, but in 1991 couldn’t cram Newton into such a compact case. By 1995, it could be, and Apple engineers build a small Newton prototype called the MessagePad 110/LC. It combined all the MessagePad’s chips into a single part devised by ARM and LSI Logic. Had production been authorised, it might well have beaten the Palm to market.