A US-based chap has invented a gadget he's calling a USB condom.

The prophylactic dongle is advanced as protection for the largely hypothetical problem of malware injection from fake USB chargers.

Such polluted ports come in two varieties. The first got an airing at Black Hat, where researchers demonstrated a USB charger that concealed malware-injecting mini computers. The demo imagines that villains would swap genuine chargers for their fakes and when unsuspecting punters seek some electrons they'll instead get some malware.

Similar attacks have since been imagined in the public realm, where USB charging stations are becoming more prevalent. Your correspondent's recent traversal of the new international terminal at Los Angeles Airport, for example, was made tolerable by the presence of USB ports nestled beneath hundreds of new seats in the waiting lounge. Various commentators have wondered out loud what would happen if such installations were subverted.

Enter the USB condom, devices that work by terminating the data pins in the USB cable while allowing only the power pins to connect through,” according to the inventor.

Giving the data pins a temporary vasectomy means even the fake chargers shown at Black Hat have no chance of sending so much as a single bit into a smartphone. 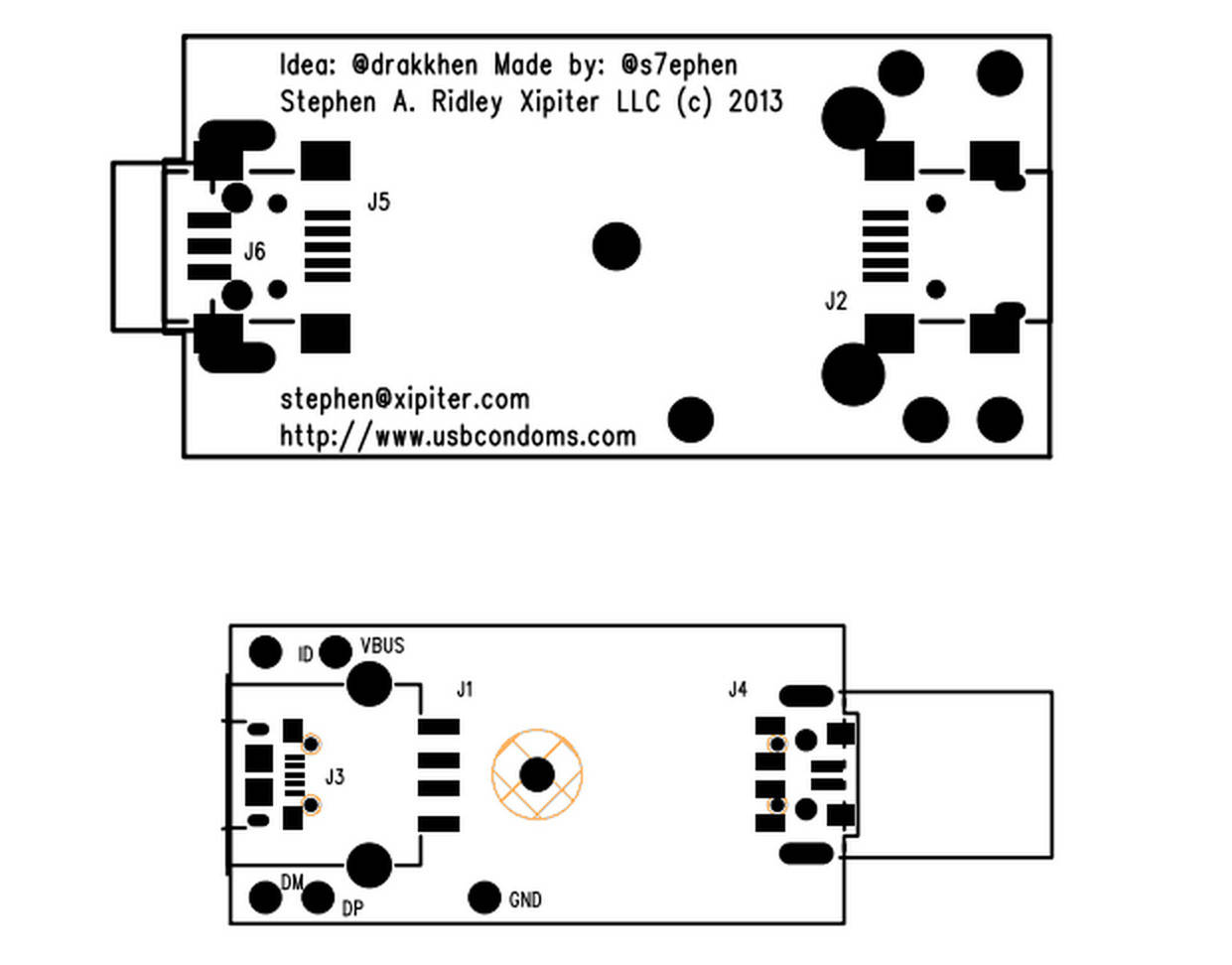 The design of the 'USB Condom'

Announced late last week, the USB condom was promised to go on sale on September 16th, but a price is yet to materialise on the website of the company concerned. ®