The Music woe continues. Because that app's not important, right?

Music has other irritations. Changes made in iTunes to song metadata and album art editing - I always remove “(Remastered)” from titles; I know it’s the remastered version I’ve downloaded - are ignored by Music, though whether it’s automatically grabbing track metadata from the cloud and using that rather than information in the files themselves, or this is (yet another) desktop iTunes quirk, isn’t yet clear. I suspect the former because Music also introduces new band and singer photos in its artists lists rather than relying on album art. It does the same in the genre listing, except when it encounters a genre it doesn’t know about, like, er, "Soundtrack". 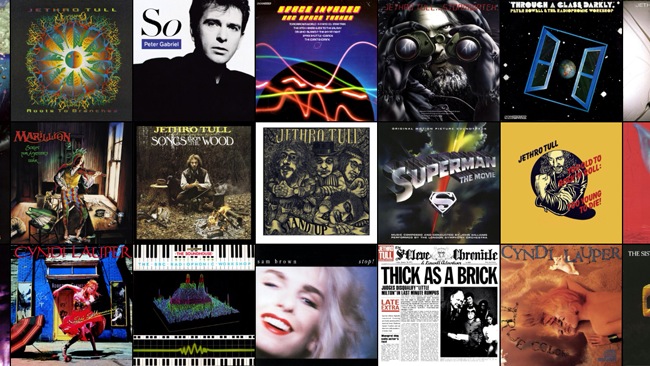 Music’s once iconic cover-flow interface, triggered by rotating the iPhone into landscape, has gone, replaced by a flat grid of album covers arranged alphabetically. This is smoother and easier to navigate, and looks better. Tap on an album cover to bring up the track list. If you now go back to portrait, this previous album selection is retained, so it’s still there next time you go back to landscape mod, no matter which songs you may have played in the meantime.

Incidentally, playing a track and then calling up the track listing with the icon in the top right of the upper navigation bar - what, no button simply labelled "Track Listing", Apple? - and the currently playing track has a wee animated graphic equaliser alongside its title.

Music, like all of iOS’s other built-in apps, still can’t be removed. Why keep Stocks when you can get the same information through Notification Centre? The rest of the supplied programs are for the most part simply re-styled, non-skeuomorphic versions of their predecessors. Weather now has full-screen animations of the kind seen on plenty of other phone makers’ Android builds. Once again it uses iOS’s standard page view controller to manage a sequence of screens, one per location, but you still can’t tap three-quarters of the way along the control’s line of dots to go straight to that page - it still only takes you to the next page in sequence.

But at least there’s a button - one of iOS 7’s rare iconic ones - that presents the list of locations you’ve established, and tapping on a town or city takes you straight to the appropriate page. Tap and hold if you want to re-order the list. 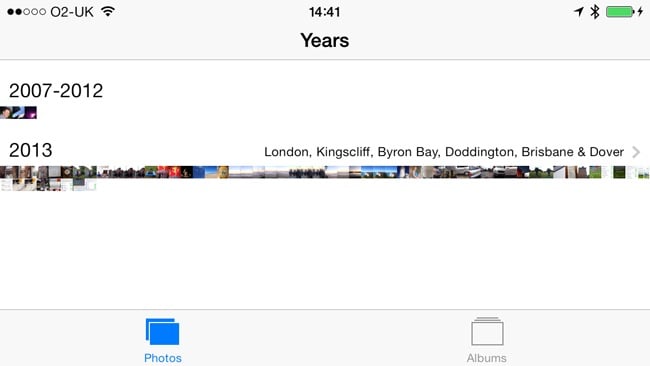 Right, now find the photo you want in that lot

Photos gains a series of extra views organising your snaps by year, then by dated “Collections” of pictures, the equivalent of iPhoto’s “Events”. All the images from a given year at a given event are displayed one after the other across the width of the screen. But they're so tiny, tapping the right one is a bit hit and miss. Me, I’ll stick with the original album views, which have thankfully been retained.

Newsstand, Apple’s magazine collation app, can now be removed from the home screen and hidden away in a folder. I hate Newsstand. I want to access the magazines I read on my iPad quickly without having to open up an intermediary app. Unfortunately, Newsstand publications - all of which are apps and so, unlike content in iBooks, Music and Video, are not data files that without a viewer are like tits on a bull - can’t yet be dragged out of Newsstand onto the Dock, say.

Messages looks better, and I noticed that swiping left in the message list reveals the time messages were received. iOS 7’s "swipe right to go back to the previous screen" gesture means you can’t do the same thing for messages you have sent. The edit button, which lets you delete some or all of the messages in the list without removing the sender from the main list of folk you’ve been conversing with, has been excised. 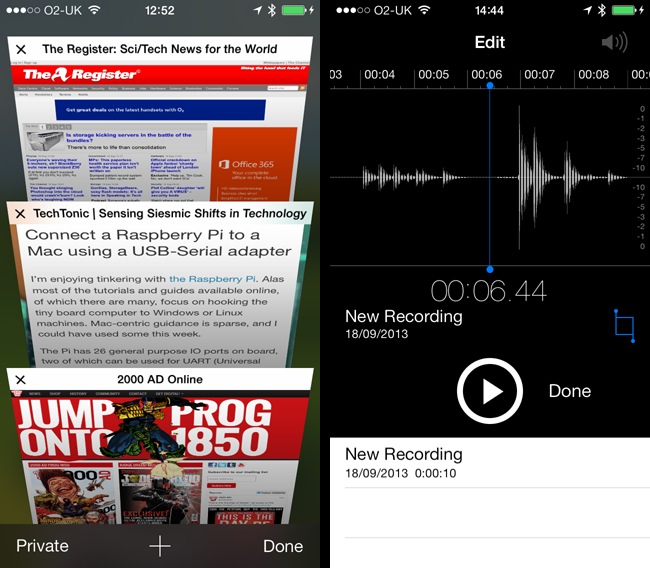 Safari gets better page management in iOS 7 (left), while Voice Memos gets an editing facility

Safari gets the biggest upgrade - as opposed to Music’s downgrade - with the unification of the URL and search fields just like Google Chrome and Safari on the desktop; bookmark bar entries now called favourites, presumably because they’re more important than the other bookmarks, still filed under "Bookmarks Menu"; and a 3D view of all the pages you have open at any one time. Think cover-flow, arranged vertically rather than horizontally, and presenting web pages rather than album covers.

Actually, it’s a clever way of presenting multiple pages on a single small phone screen and navigating between them, but it’s not really consistent with what Apple has been doing elsewhere in iOS. Swipe down through the page images and you’ll eventually be presented with a text list of windows open in browsers on other machines - if you’re an iCloud user, of course. Whether you are or not, Safari is a reasonably nippy mobile browser that does the job.

The App Store’s only two new features are a streamlined download icon and, rather better, automatic app updates in the background. You can turn this off if you’re worried about the impact on battery life. iOS 7 now lets any application - provided it has your permission - to access the internet even though it’s not in the foreground. Sharing data over Bluetooth is now a standard part of iOS’s app-level privacy settings, allowing you to choose which apps get to do this and which don’t. Worryingly, because it wasn’t there before, there’s now a Microphone access privacy setting, too. Upgrade if you definitely don't want apps listening in from the mic. 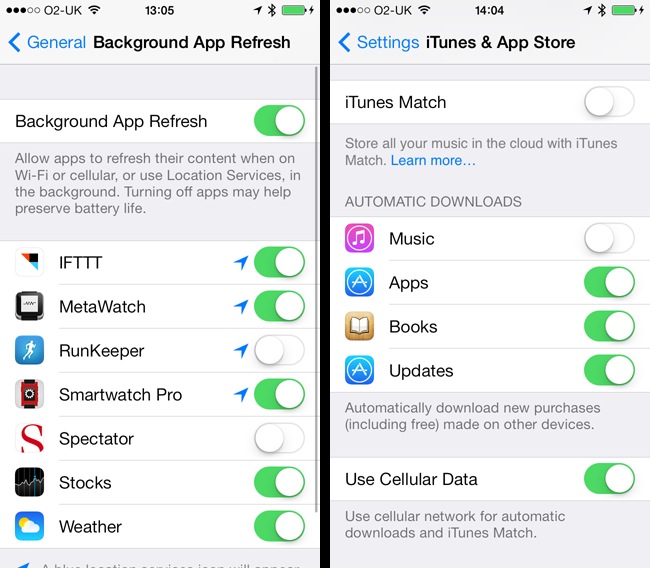 iOS 7 is the future, and if you’re an iDevice fan, why wouldn’t you use it? It makes for a bold new look and channels graphical design elements from Windows Phone 8 - which is not yet a true iOS rival. Apple's new system software is inspired, shall we say, by functional aspects of Android - which is a rival and makes Apple’s established and much imitated user interface look old hat. iOS 7 feels modern and fresh in comparison to its Google rival.

More importantly, iOS 7 incorporates a number of usability improvements and features that make for a better, more efficient smartphone experience. Under the hood, the OS delivers a small number of important changes that pave the way for greater integration with a variety of peripheral devices. Not merely the much-rumoured iWatch, iOS 7 also puts in place a stronger foundation for connecting iDevices to the so-called "internet of things".

Yet this is not a major functional upgrade, and users hoping to see the arrival of a wealth of new features they themselves can use - as opposed to new stuff for developers - are likely to be disappointed. Beyond the politics surrounding the question "who really owns this device, me or Apple?", or pricing, there’s little here should persuade an Android user to jump ship. But then, Android Jelly Bean and Kit-Kat, especially as the grip of Google Play tightens on apps and content, haven’t got much to tempt the iOS fan either.

Both iOS and Android are established mobile operating systems. There are unlikely to be massive functionality shifts that swing punters in one direction en masse. It’s incremental upgrades from here on in, barring a rare major shift in UI design - which iOS 7, for all its brighter colours and text buttons, is not. But it’s no less welcome for that. ®