Google tries putting an NFC ring on it: Bonking will keep you SAFE

Or sticking it in, to put it another way

Google has started testing NFC keyrings from one-time-pad makers Yubico, with a view to offering them to ordinary punters next summer as a secure way of accessing the Google cloud.

The keyrings feature a USB interface and an embedded NFC tag, either of which can supply a one-time password securing connection. The technique is clever, and if the Wall Street Journal is accurate then Google's support could quickly make it ubiquitous. 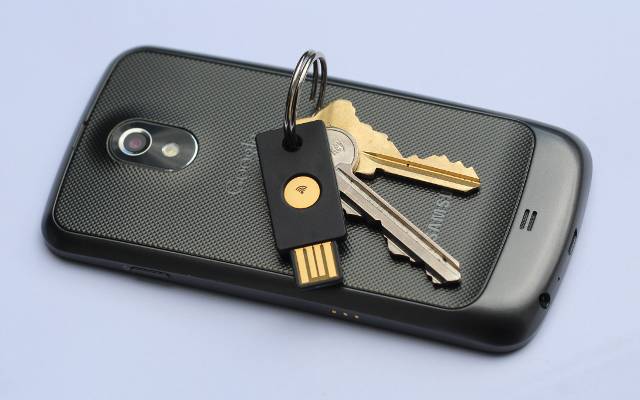 When is a keyboard not a keyboard? When it's a key.

The key generates a string of one-time passwords, using a secret seed shared with the service to which it's intended to connect. But unlike similar tokens which display the generated password on an LCD screen for the user to type in, the Yubico device connects as a USB keyboard and enters the password itself.

Which is fine if you're using a computer with a spare USB port, but less convenient on a mobile phone – which is where NFC comes in. Hold the keyring beside an NFC phone and it provides a URL, containing the one-time password, to the handset's browser.

And that's the critical point about Yubico - it doesn't require any software on the phone or computer; it just provides the secure password without the user having to type it in.

That confirms to the cloud service that the user has possession of the key ring, and a normal password comprises the second stage of the two-stage making the connection a good deal more secure with the minimum of additional effort.

That might still prove too much effort for users who generally expect their browsers to keep track of their passwords anyway, which is presumably what Google is testing for, but with more services moving into the cloud the ability to know who's accessing them is only going to become more critical over time. ®